The State of Social Media: the Internet’s future is in photo 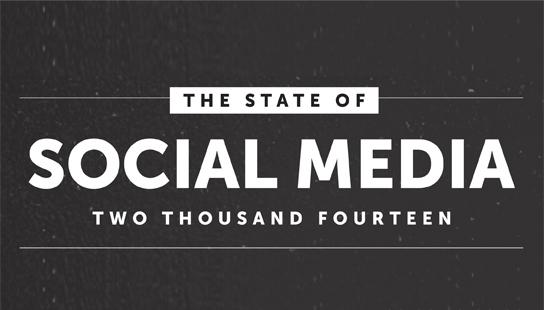 In 1968 a shy, gaunt artist named Andy Warhol wrote: “In the future, everyone will be world-famous for 15 minutes.”

In a New York Times article about Twitter, and social media in general, technology reporter and columnist Jenna Wortham wrote: “It’s less about drifting down the stream, absorbing what you can while you float, and more about trying to make the flashiest raft to float on, gathering fans and accolades as you go.”

It’s estimated that 72 percent of online adult users are on at least one social media platform, according to the Pew Research Center.

“I have a community because of Facebook,” said Emily Jones, 25, art major.

Jones is the publicity officer for the CSUN Painting Guild and created a Facebook page as an online meeting place for the group. They use it to share news and event information and pictures of their art.

“Sometimes I don’t like feeling so connected to everything,” said Ernie Ayala, 22, Recreation, Tourism and Hospitality major who uses Instagram sporadically.

Social media is an ever-shifting landscape that sprang to life long before “social media” entered the American lexicon.

In the mid-‘90s America Online began offering users the ability to create member profiles and online communities. Later, they introduced a chat feature so members could communicate. During this time blogging also became popular.

Friendster was developed by computer programmer Jonathan Abrams, which allowed users to create a profile, contact other members, create a network of friends and share media.

Within the first three months, Friendster attracted more than 3 million users making it one of the first websites to have over one million members.

In 2003, a Friendster clone named Myspace was launched. Myspace was able to seize control of the social networking crown by using music to appeal to a younger audience.

Established in 2004 as a website for Harvard students, it went public in 2006.

Facebook is the current social media platform leader with over a billion members worldwide.

On Jan. 4 , the site celebrated its 10-year anniversary by introducing a new feature called ‘A Look Back,’ enabling members to create slide shows and movies based on important moments they shared on Facebook.

While rumors swirl of users abandoning Facebook in large numbers, the next generation of social media platforms are removing their training wheels.

The new class is image-focused and builds on Instagram’s idea of sharing snapshots or short videos with the world (see Snapchat and Pinterest). Forbes is even predicting that image and video-based social media platforms are going to dominate 2014.

One up-and-coming new app is Shots (formally Shots of Me).

Shots of Me, later rebranded Shots, was launched in November 2013 and allows users to build a collection of selfies by taking pictures with the app itself in real time without the use of filters.

“I like creating things that make people meet other people and are spreading positive vibes, whether it’s a platform or a small party at my house,” said Shots’ creator John Shahidi.

The company gained a wealth of attention when notorious media icon Justin Bieber decided to financially back the project.

However, not everyone is so optimistic about the future of social media.

“It’s all so irrelevant,” said Ashley Flores, 20, art history major. “Half of the world doesn’t need this crap.”

Alarmingly, a 2013 study at the University of Chicago concluded that social media can be more addictive than cigarettes or alcohol.

A 2010 Harris Interactive Poll found 54 percent of college students say they’ve had less face-to-face contact with friends and family due to social media, and 58 percent said they know what’s going on with their friends and acquaintances but don’t interact with them physically.

This social isolation can become a major problem for college students who are typically prone to feeling lonely and undergo enormous amounts of stress.

Meanwhile, the table of friends surrounding her continued to laugh and eat and talk about school.