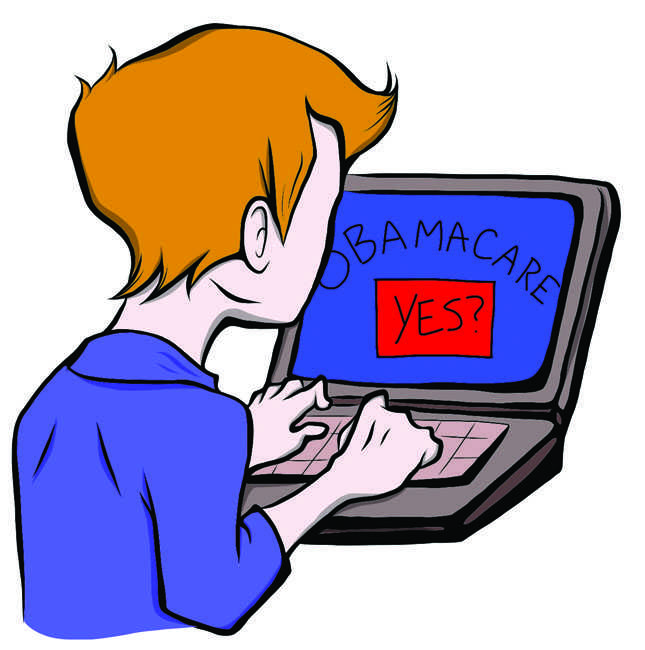 As the deadline for enrolling for healthcare is approaching, the Cal State University system is working to encourage students to sign up. As of Jan. 1 of this year, all American citizens are required to have health insurance under the Patient Protection and Affordable Care Act (ACA), popularly known as Obamacare. Americans must apply for enrollment by March 31 or face a penalty next year.

Since fall 2013, the CSU Health Insurance Education Project (CSU HIEP) has been on an educational campaign to get students to enroll. The project began after the CSU received a $1.6 million grant from Covered California, the state’s healthcare exchange, to educate students on all the CSU campuses. The grant was spearheaded by Dr. Walter Zelman, chair of the Health Sciences department at CSU Los Angeles.

Zelman and his team designed the strategy for executing the CSU campaign. Last semester, they placed importance on tabling, classroom presentations and educational forums to reach students. Each CSU campus has two student coordinators and a professorial supervisor to reach students on their specific campus.

CSUN’s professorial supervisor, Dr. Bethany Rainisch, assistant professor in the Public Health program, said that students were interested in getting information about getting covered. She said the three educational forums that were hosted at CSUN last semester were so crowded with students, that not enough chairs were available.

“Overwhelmingly, a lot of people were interested and we felt this was an indication that there are a lot of people out there, not just students, but friends and family members of students, who have an interest in learning more about Covered CA,” Rainisch said.

Zelman said this semester’s strategy aims to provide students with enrollment assistance on top of general education. He described a three-part plan to get students covered.

The first component of the plan is to keep encouraging students to enroll online, as he thinks most students are computer savvy.

“We think most of our students can enroll online and they won’t need to get personal help,” Zelman said. “It’s very much like the FAFSA (Free Application for Federal Student Aid) form. So many students have applied for financial aid and they have the key information that they need, which is things like how many people are in your household, what’s the income, that kind of thing.”

The second component would be to direct students to call the Covered CA 800 number if they run into trouble online.

The third component, the newest phase in the plan, would be to set up office hours on every campus and have certified enrollers to help students with the enrollment process itself. Since the student coordinators are not certified to help with enrollment, enrollers from Covered CA will be available at no extra cost to the CSU HIEP.

HIEP CSUN: why our campus matters

Wendy Lee, the regional coordinator for the northern and some southern CSU campuses, said the project’s progress at CSUN is significant to the overall project because of its population, which is just over 36,000 total students.

“CSUN has one of the largest student bodies in the CSU system,” Lee said. “(It) has among the largest potential numbers of students to reach, so the work we’re doing at CSUN is very important.

Rainisch pointed out that CSUN’s diversity is also valuable for the project’s success, in addition to its large population. According to College Portrait, a demographics analysis website, 12 percent of CSUN students identify as Asian or Pacific Islander, six percent as Black, 28 percent as White and 37 percent as Hispanic or Latino. Rainisch thinks the high population of minority students might account for interest in getting covered, as these students may not have had access to healthcare due to socio-economic disadvantages.

“We have a very large population of minority students, especially the Latino population,” Rainisch said. “It could be that our students have a different perspective on insurance than the general young adult population because many of our students might be the first in their family to go to college, and so maybe they are more attuned to what the perils are of living (without health care) and (what it is like) needing accessibility to healthcare.”

From the public health and administration point of view, the strategy to encourage young adults to sign up for health care has been based on the premise that young people do not feel they need health insurance because they believe they are “invincible,” Rainisch said. However, the CSU HIEP released poll results this week that found the invincible theory is largely untrue among CSU students.

Jennifer Jimenez, 22, junior psychology major, said she is currently in the process of enrolling through Covered CA. Since she turned 18, Jimenez has not had insurance because her father’s plan only covered her mother.

“I was not able to have health care before because I applied for MediCal, but they told me I was over 18,” Jimenez said.

Jimenez would not have been likely to afford insurance before the ACA allowed for single young adults to receive Medi-Cal, California’s version of Medicaid. She said she learned about Covered CA through a link to a CSUN webpage about Covered CA listed on the Klotz Health Center website.

Rainisch said that while many young adults have not experienced major health problems and feel “invincible,” some young adults are aware of the importance of health insurance because of their personal experiences.

“There are some young adults who might have a background or a family life where they have really discovered that tragic things happen, or they understand that something could happen to them that is dangerous,” Rainisch said. “Then there could be the exact opposite. What we are trying to do with this project is to address both students who think they are invincible and not.”

Katie Rubalcava, senior psychology major, said that though she is currently insured through her parents’ plan, there have been periods during her childhood when her parents could not provide insurance due to loss of employment. Rubalcava suffered from chronic migraines and respiratory issues, presenting an issue during the periods where she was not covered.

Because of her personal experience, she believes it is important for children and young adults to have access to healthcare, although she understands that adults can choose not to get covered if they don’t want to.

“If you are under the age of 18 and you don’t have that choice and it falls on your parents to take care of you and they don’t have access, thats when it becomes a problem,” said Rubalcava. “Once you are an adult and you may not seek health treatment, that’s your choice, [but] preventing someone who may not have developed a sense of whether or not its a choice, they just see that they can’t get something and they’re not feeling well and that’s where I think its really an issue.”

Dr. Rainisch also said that healthy young adults should think about the consequences should an accident occur while a student is not covered.

“If you think you are invincible, then think about how much it would cost to go to the ER if you break your leg,” said Rainisch. “And if you don’t, then consider how cheap it will be even if you just want to go to the hospital to get preventive care because its much more affordable than it was before.”

According to the poll, 57 percent of students think that the most important reason students should have healthcare is to have coverage in case “something really bad happens.” Thirty-five percent see access to regular or routine health care is the most important. Only six percent replied that having health insurance is important for both catastrophic and regular care, which shows students do not want help only if something catastrophic occurs.

Rainisch also said she thinks the CSU HIEP would be successful if it convinced students age 26 and above to get covered before the March 31 deadline.

“The age that most young people need insurance is age 25 or 26 and up,” Rainisch said. “They are either too young and are covered already with parents. If we can get a quarter to a third of the older students to enroll, that’s successful.”

Jose Beltran, graduate student in Chicano Studies, said he is getting insurance through his employer in March. Beltran said he feels lucky not to have had any major health problems, but he knows the importance of staying healthy as a father to a 2-year-old daughter.

“I know keeping myself healthy is important so I can care for her, so having health care is vital to my daughter and I,” Beltran said. “Its important for anybody. Sickness or illness don’t care if you are an undergraduate student or if you are an older student.”