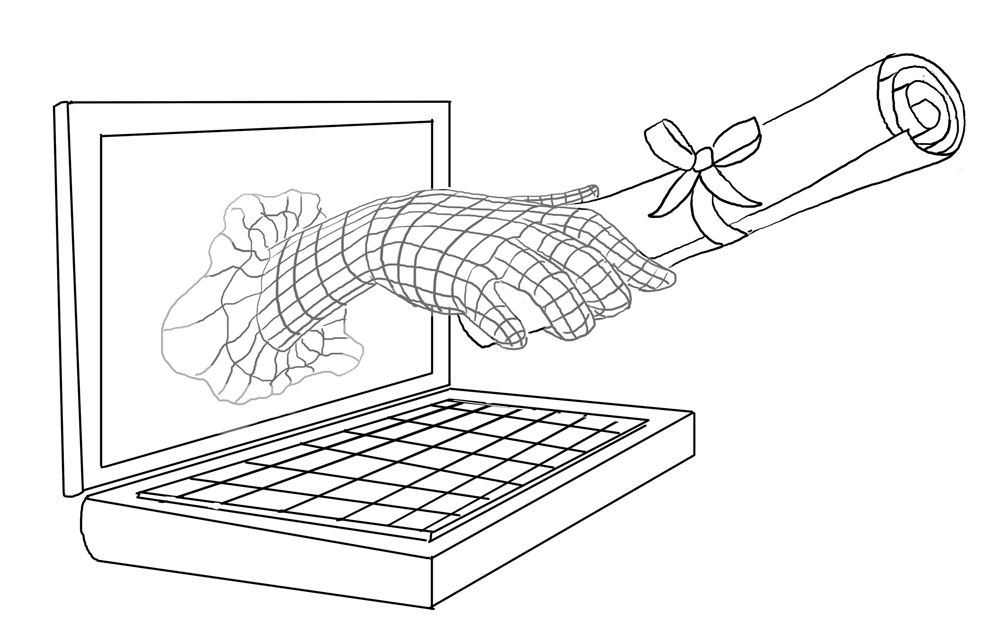 “We were ready for the Common Core when the Common Core came,” said Sharon E. Russell, systemwide director of CalStateTEACH, an 18-month online program that allows students to earn their teaching credentials virtually.

The CCSS focuses on children understanding what they are taught and being able to explain their answers out loud in the classroom.

“That is one of the things we have emphasized,” Russell said about the program’s attention to the CCSS. “We have totally rewritten our literacy program to reflect the Common Core and then the change in mathematics is profound. We have embraced the Common Core.”
The program
CalStateTEACH is a multiple-credential program that is offered in four regions in California – Fresno, Fullerton, Los Angeles and Monterey Bay, said Daba Asemebo, the program’s coordinator.

Each region has a director which holds an office in their respective CSU campuses. Students can go to the directors if they need assistance other than what is provided by the program’s regular faculty advisors, who give assignments in the online modules which will help track academic success.

Through the program, students will be able to obtain credentials that will allow them to teach in general education classrooms in the state of California.

Elizabeth Ramirez, 21, education major at CSUN, feels getting practice at other schools would benefit her.

“Since we are going to be teachers and be in the field, you have to make friends and see if other schools do the same thing you do,” Ramirez said.

The program offers financial aid to its students and comes with the staple $55 application fee, making it similar to other educational programs.

However, students of CalStateTEACH take classes over three terms of summer, fall and spring, which are each 15 weeks in length. Students earn a total of 45 semester units each term, which are divided between student teaching, observation and the online coursework, according to the program’s frequently asked questions.

Each term costs just above $3,000, but if a student wants a more on-the-go learning experience, they have to shell out an extra $1,000 for an iPad, according to the program’s website.

New technology
CalStateTEACH, which started in 1999, implemented the use of iPads in its program beginning fall 2010.

Russell said enrollment in the program has increased 25 percent since the iPad was implemented. During this spring term, 631 students are enrolled in CalStateTEACH.

Russell said that a year before the program rolled out the iPad, CalStateTEACH’s faculty had to be comfortable with it, which is something she feels not many educational programs make sure of when releasing new technologies.

“I personally think that’s where a lot of programs and implementations start off on the wrong foot, that you have faculty and students learning things at the same time,” Russell said. “That’s good in many cases, but not when you have a new technology device.”

Ernest Black, regional director of CalStateTEACH for the Los Angeles area, said the bringing about of the iPad has been smooth for students because the way they are learning has changed.

“The biggest difference is that the student has more control over how they learn, what they learn,” Black said. “So the big part of that is the choice.”

Russell feels the main benefit for students using the iPad to study is the inherent convenience of the device.

While Russell feels there are not many drawbacks having this new teaching tool, she said the iPad has led to a bit more administrative work.

“It changed the way the staff works,” Russell said. “The support staff in (the CSU) office are engaged in the logistics of getting the materials to the students, so it’s changed that. That’s the only place we’ve had an increase of work that before, we just sent list of names to our bookstore and they sent boxes of materials out to the students.”
Students want classrooms
While the online program could make it easier for the budding K-12 teacher to earn their credential from practically anywhere there is a internet connection available, recent studies show students feel they learn better in a more traditional setting.

In July of 2013, Millennial Branding, a research and management consulting firm, and Internships.com surveyed more than 1,300 students about various topics centered on education.

In the survey, called The Future of Education, 78 percent of students said learning in a traditional classroom setting would be easier than doing so online. In addition, only 43 percent of respondents felt online education would be either the same or better quality than other forms of learning.

Karam Deep, 21, an education major, would rather be in a physical classroom than a virtual one.

“I think it is less motivating to do things online, and it is easier to see a teacher do something or explain something in person,” Deep said.

Samantha Kang, 22, also an education major, likes the in-person interaction from other students that she gets inside a classroom.

“I like getting the answer to a question on the spot rather than waiting, and I like getting feedback from other peers as well,” Kang said.
Is online better?
While recent studies suggest students prefer a classroom setting over online education methods, other research contradicts those sentiments.

In 2013 alone, 7.1 million students in higher education are taking at least one online class, according to a study by the Bobson Survey Research Group.

The study also found that 73 percent of academic leaders rated learning outcomes either equal or superior to face-to-face instruction in 2013, compared to just 54 percent in 2003.

Black said the CalStateTEACH program being online and on iPads can help students who learn in various ways depending on what works best for them.

“All of this is not necessarily available in the old stand-and-deliver classrooms where the teacher lectures and you kind of regurgitate what was lectured,” Black said.

Russell feels there is a place for both traditional brick-and-mortar learning environments and CalStateTEACH.

“I think we all have the same goal,” Russell said. “We want to help prepare the best teachers for the all the children. Our goal in CalStateTEACH is to have creative and collaborative teachers, teachers that know how to work with each other, and teachers who know how to use the right technology in the right moments.”