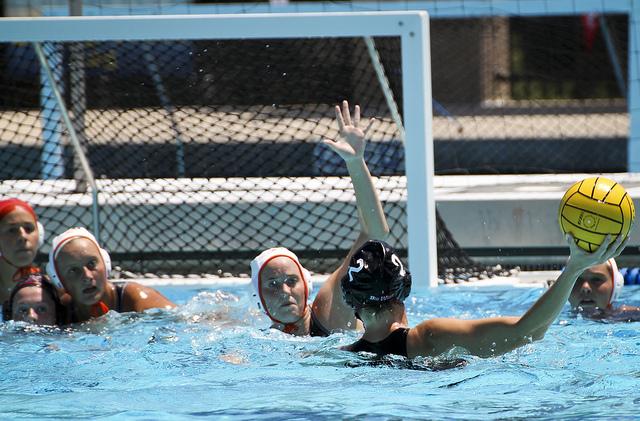 16th-ranked Cal State Northridge (7-3) split its four games at the Triton Invitational at UC San Diego as the Matadors placed fifth, their highest finish in the tournament to date. The team experienced a roller-coaster of emotions both Saturday and Sunday with multiple games coming down to the final seconds.

Saturday’s slate of games had the Matadors scheduled to play a morning game against No. 13 Indiana Hoosiers, and an afternoon game against top-ranked USC Trojans. The game against Indiana may have been the season’s most exciting game thus far, as the Matadors needed a last second goal by junior defender Kelcie Ferriera to win 9-8. CSUN led 7-4 midway through the fourth quarter, but Indiana made it a one-point game with 6:28 remaining in the game. Junior attacker Katie Kammer, who made her first appearance of the season and scored a team-high three goals, put Northridge up 8-6 with 4:48 left to play. The Hoosiers made it eight goals each over the following four minutes of play, with their eighth goal of the game coming with just 13 seconds remaining in the game. Ferriera needed just 11 of those seconds as she netted the final goal of the game with just two seconds remaining. Junior goalkeeper Kiernan Davis finished with nine saves. CSUN improved to 5-2 with the win.

Local rival and defending NCAA champion USC defeated CSUN in the Matadors’ second game of the day, 13-0. The Trojans did most of their damage early on, scoring eight of their 13 goals in the first two periods. Davis finished with 4 saves in the losing effort. Senior goalkeeper Flora Bolonyai set the tone of the game for the Trojans, finishing with an impressive 10 saves.

CSUN got off to a fast start Sunday morning, defeating Santa Clara University 13-5 largely in part to the three goals scored apiece by Ferreira, Celena Photopulos and Marisa Young. CSUN, which improved to 6-3 after the win, outscored Santa Clara by one goal in the first quarter, two goals in both the second and third quarters, and three goals in the final quarter. Goalie Kiernan Davis led the way for the Matadors with nine saves; Natalie Avarell
finished with two.

The Triton Invitational at UCSD ended Sunday afternoon in nail-biting fashion as the Matadors pulled out a 4-3 overtime victory versus No. 12 Long Beach State 49ers. Lindsay Duncan scored her only goal of the game with 2:13 to play in the second overtime to give CSUN the edge. Davis continued her stellar goalie play with an impressive 10 saves against LBSU.

The Matadors are back in action the weekend of Feb. 23 at the UC Irvine Invitational. Opponents are yet to be announced.