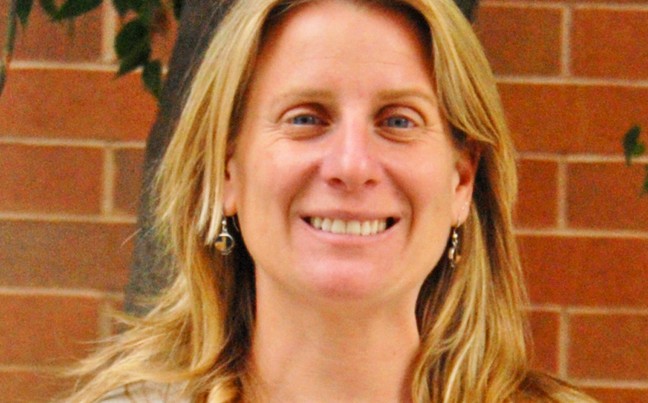 As cultural anthropologist Margaret Mead would say, “Never doubt that a small group of thoughtful, committed citizens can change the world; indeed, it’s the only thing that ever has.”

Justifying the quote is a story of a woman whose strong sense of civic duty changed the life of several citizens in Ortona, a rural town in Abruzzo, Italy. This is the journey of Maria Rita D’Orsogna, (AGE) associate professor of mathematics at CSUN, who fought against offshore drilling alongside the Italian government and an Italian multinational oil and gas company.

D’Orsogna was left anxious when she learned in 2007 that Eni, the conglomerate oil company of Italy, was proposing plans to drill the agricultural farm along the coastlines of Ortona. This fertile soil is predominantly covered with olive groves and  grape wineries, but beneath this arable land are potential crude oil wells which the oil company was interested to discover.

Italy spends as much as $78 billion annually on oil and gas imports and a local production increase could cut the cost by $6.8 billion, according to Bloomberg Business Week.

Since the government had some percent of shares invested in the company, it was in favor of granting permits to explore oil refiners. “The plan was to uproot the series of farm land and build an oil refinery that would have a pipeline laid about 7 kms long deep into the sea,” D’Orsogna said.

Exercising her doctorate degree in Physics from UCLA, D’Orsogna did what she was trained best to do: research.The crux of what she found during her examination was a modern technique of oil extraction done through a process called hydraulic fracturing, or fracking, a process of injecting harmful chemicals underground at high pressure to extract natural gas or to oil well, according to Food & Water Watch.

Research suggests that fracked oil wells leak over time, which in turn contaminates soil, underground water, which ultimately destroys the land. Influenced by this, D’Orsogna wrote a paper about the detrimental effects on the farms and the environment as a result of drilling oil wells, This would have left the majority of the Ortona population unemployed as they are predominantly dependent on agriculture.

Something more disturbing to D’Orsogna was that no one was taking action against it, which sparked the activism in her.

Despite the oil company owning all the legal permits for the project, her only hope was the fact that the oil refiners were not yet built, so there was still time to fight the action.

Consequently, D’Orsogna targeted the Catholic Church, wrote letters to the local university officials, many of whom did not respond, and to the mayor of the city thinking that he was unaware of the issue. She later discovered that he was also one of the several corrupt government officials behind the plans.

Her voice was finally heard when a local newspaper published her letter which created a link between her and the local residents. They asked her to explain everything about fracking and the detrimental effects on the environment associated with that in a report or a blog that would allow them to understand the problem in basic terminology, she said.

In a city where the majority of the population were farmers, the oil company tricked them, saying the refinery they intended to build was an oil center, D’Orsogna said.

“To you and me, ‘oil’ means petroleum but to the Italians, the word ‘oil’ means ‘olive oil.’ They played with words and people thought that this project was going to be an olive oil processing center,” D’Orsogna said.

After many years of opposition from locals, D’Orsogna now had the support of the Italian people.

Now being entitled as the “oil lady” or the “Erin Brokovich of Abruzzo,” D’Orsogna was recently asked to run for governor of the Abruzzo state which she respectfully declined.

How does she feel after creating history?

“You are assured that the message has really gone through,” D’Orsogna said.

Especially when two women shopping in a market are overheard talking about the effects of Hydrogen Sulphide. Or when a student in a classroom discussion adds that Hydrogen Sulphide is a harmful gas.

“If you think something is wrong and you don’t like it, just take an action. It doesn’t have to be big, but just start and take the first step, things will unfold on its own. Just care about something and if everybody cares enough about something, the world will be a nicer place to live in,” D’Orsogna said.

Her life in LA continues as a professor and researcher, the Provost Harry Hellenbrand declares D’Orsogna as the 2014 Jerome Richfield Fellow. Her research presentation on “The Mathematics of Crime” is scheduled to be held in the Jack and Florence Ferman Presentation Room in the Oviatt Library on April 3 at 4 p.m.