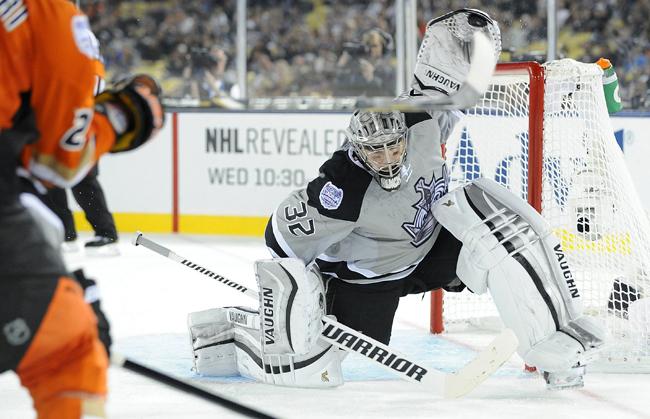 For the fifth time since the 1998 Nagano Olympics, the NHL regular season will be put on hold, allowing players to represent their respective countries for a chance at gold in the 2014 Winter Olympics.

Canada, favored by many pundits, is the only team to win gold twice since the Olympic format was changed, permitting the use of NHL players.

They’ll look to put a stranglehold on international competition with consecutive gold medals, increasing their overall count to nine.

Led by Pittsburgh Penguins superstar Sidney Crosby and linemate Chris Kunitz, there is no shortage of talent on this roster.

Shea Weber of the Nashville Predators, who can literally shoot his way through a net, will be providing the defensive firepower along with two-way defenseman Drew Doughty of the Los Angeles Kings and Duncan Keith of the Chicago Blackhawks.

If Canada has an Achilles’ heel it’s the geographical location of the tournament – they haven’t captured gold outside of North America since 1952, when they beat the U.S in Norway. This year’s tournament will revert back to the wider, international surface of 200 by 98 feet.

The bigger sheet of ice favors a wide-open, offensive style of play seen throughout Europe and could bode problems for Canada’s tight-checking style.

Team USA, which hasn’t won a gold medal since the renowned “Miracle on Ice” in 1980, will face a similar problem.

Like the Canadians, the Americans’ game is predicated on stopping the opposition at the defensive end, relying on physicality rather than finesse.

Former Conn Smythe Trophy winner (playoff MVP) goalie Jonathan Quick of the Los Angeles Kings seems to be ahead of Ryan Miller and Jimmy Howard on the depth chart for starting goaltender and could play a major role should the U.S. advance in the tournament.

Miller, the MVP of the 2010 Vancouver Games could see playing time if Quick falters early.

Kane is currently fifth in the NHL in points, and has an array of skills that will undoubtedly make him the number one target for opposing teams.

With Kane attracting so much attention, Phil Kessel of the Toronto Maple Leafs and Joe Pavelski of the San Jose Sharks will have to produce offensively if the U.S. wishes to medal.

Kessel is second in the NHL in goals while Pavelski sits at fourth.

Regardless of who wins the tournament, one thing is sure: all eyes will be on host nation Russia.

The perennial juggernaut of Olympic hockey for nearly four decades as the Soviet Union, the Russians have yet to win a gold medal competing under their current flag.

Although they’ve medaled at the 1998 and 2002 Olympics respectively, they’ll be looking at home soil to break their long, gold-less drought.

The host nation features a ton of offensive firepower led by NHL scoring leader Alexander Ovechkin of the Washington Capitals.

His league-leading 39 goals are nine more than any other player in the NHL. Add Detroit Red Wings center Pavel Datsyuk, arguably the best puck-handler on Earth, and scoring goals won’t be an issue.

The real question surrounding Russia is their defense-or their lack thereof. They lack the defensive depth needed to match up with the likes of Canada’s blue line.

Putting up points is great but if you can’t stop the opposition, you’re going to have a very tough time winning.

Both Russia and the U.S. are legitimate contenders for gold, but Canada sits as the heavy favorite.

The Sochi games kick off tomorrow, with Czech Republic vs Sweden.