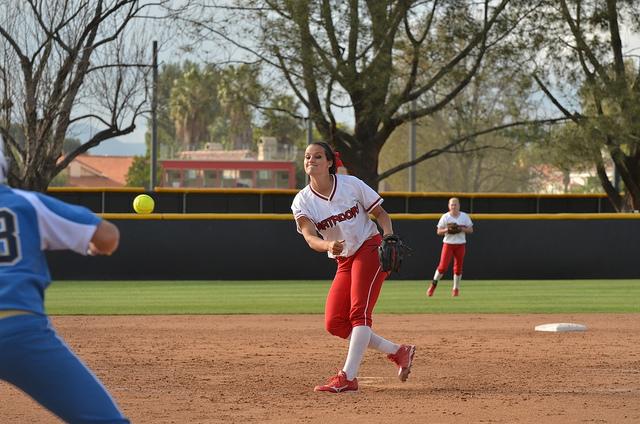 The Matadors showcased balanced hitting and strong pitching as they opened their season with  three victories at the Kajikawa Classic this past weekend.

CSUN finished the weekend with 3-2 in the desert tournament hosted annually by the Arizona State Sun Devils. CSUN batted a combined .329 over the five games of the tournament.

The Matadors began their season with an impressive victory over the Oregon State Beavers Friday, followed by a win against the Seattle Redhawks Saturday.

The tournament was capped off with a 4-2 victory over the Colorado State Rams Sunday afternoon. Junior Pitcher Brianna Elder (2-0) pitched her second complete game outing in the final game of the tournament against Colorado State.

Elder lead CSUN to its first victory of the season in a 3-2 contest against Oregon State. Elder pitched all seven innings in her first outing of the season, and finished the game with a career-high 11 strikeouts.

For the weekend, Elder allowed one earned run and six hits en route to a 1.75 ERA in 16 innings over the duration of the tournament.

The win against Oregon State is the Matadors’ first time defeating the Beavers since 2004. Friday’s win marks the second consecutive year the Matadors have defeated a pac-12 opponent in the annual Kajikawa Classic, according to Go Matadors.

Hooper and Nate carried CSUN on offense as both smacked two-run hits during the one-sided loss. The freshmen recorded their first career RBIs in the third inning in the blowout.

The Matadors opened play Saturday with a 4-3 win against Seattle. Sophomore Infielder Maylynn Mitchell started the third inning with a solo shot, and her first career homer.

The Redhawks came within one in the bottom of the sixth inning before the Matadors scored two runs in the seventh inning. Elder recorded her first career save against Seattle, with no runs allowed in two innings of work..

The Western Michigan Broncos ended the Matadors’ two game streak by defeating CSUN 11-5. The Matadors could not withstand an early offensive barrage from Western Michigan, as the Broncos added four runs in the second and fourth innings. The Broncos started early with a two-run homerun in the bottom of the first inning.

CSUN wrapped up the weekend in Tempe with a 4-2 victory over Colorado State.

The team’s offensive push continued against the Rams Sunday, as the Matadors had a combined 13 hits. Five different Matadors had two hits each. Mitchell blasted her second career home run in the top of the second, to give the Matadors a 2-0 run.

Junior outfielder Kaitlin Toerner impressed from the plate with a .729 batting avg. for the entire tournament.

The softball team will carry their young offensive attack to Las Vegas, Friday for the Easton Classic. The team’s first of five matchups in the tournament will be against the Boise State Broncos.