Baseball: New skipper hopes to guide Matadors back to postseason 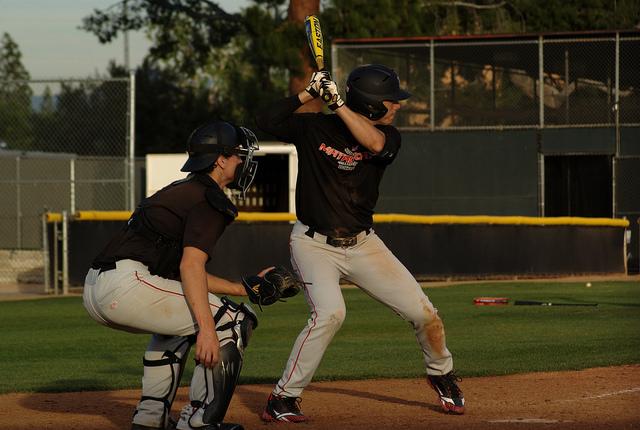 Matador baseball is back as CSUN opens its 2014 campaign tomorrow in Florida.

Under newly appointed head coach Greg Moore, the Matadors are looking to improve on their 2013 season where they finished fourth in the Big West Conference with a 31-26 record.

The Matadors return with standout players including former Freshman All-American left-handed pitcher Jerry Keel, who received a Big West Conference Honorable Mention for his work on the field in 2013. Junior catcher Alexis Mercado, CSUN’s leader in RBIs among returning players, is also coming back this season.

“Honestly it doesn’t matter who we’re playing, Mercado said, expressing his sentiment on outside expectation of the team’s performance. “We’re playing against the game of baseball and we are ready to play ball.”

The Matadors were picked to finish eighth for the second straight season in a preseason Big West coaches poll. CSUN defied expectations last year as they finished fourth in the conference with a 15-12 record in Big West play.  According to players, team chemistry this season is running high and many players attribute this to Moore.

Although the pitching staff includes seven underclassmen, the coaches and players are confident in the ability of their bullpen.

“I like the steadiness of the minds who will come out of that bullpen,” Moore said about the mentality of his young pitching staff. “We have some starters that will pitch in relief, and that’s a good problem to have.”

Moore is focused with his players on and off the field. He understands that his players need to be focused and working hard in order to be successful.

“They’re working extremely hard and they’re tending to the details of the game,” Moore said. “They’re going to be a fun team to watch.”

Moore brings a different mentality to the team that has really been well received by the team’s upperclassmen.

Last season, the team’s pitching staff finished second in the Big West in strikeouts with the batter looking and with Keel at the top of the staff, they expect to strike out even more in 2014.

Mercado is protected in the lineup by junior right fielder Chester Pak who has been a big-time producer in the box, finishing second on the team with 13 doubles last season.  Pak is also a threat on the basepaths as he stole 12 bases on 14 attempts last season.

With a stronger Big West conference in 2014, the Matadors will try to take advantage of a non-conference schedule featuring series with the Seattle Redhawks, the West Virginia Mountaineers, and a one-game visit to Westwood to face the defending champion UCLA Bruins.

Among marquee matchups at Matador Field to look forward to are series with the Long Beach State 49ers, UC Davis Aggies, the Cal Poly Mustangs and the  Hawai’i Rainbows.

The Matadors will face some highly-rated competition as they are scheduled to play in three series with teams that have been rated in USA Today’s Preseason Top 25.

With 13 newcomers to the roster, many fresh faces will be taking the field in 2014. Looking to make an immediate impact on the team is left-handed pitcher Gabriel Corniel of Carson. The former All-League pitcher from Narbonne is expected to be a big part of the pitching staff after a redshirt freshman year.

The season opener has the Matadors facing the Bethune-Cookman Wildcats in Daytona Beach, Fla. Tomorrow’s game will be the first of a three-game series against the Mid-Eastern Athletic Conference juggernauts at Jackie Robinson Ballpark.