Find the right movie for your style of romance 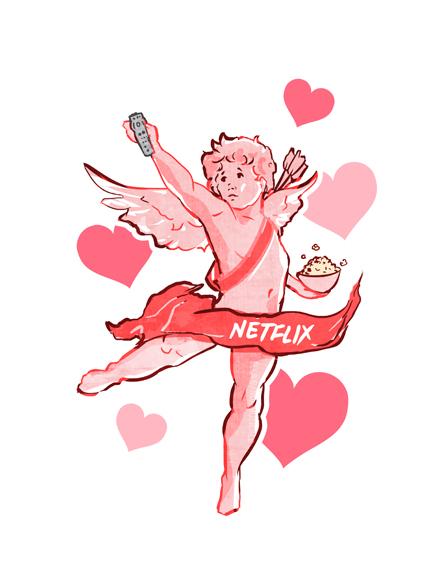 It’s V-day and your significant other wants to cuddle up and watch a movie. “Sure,” you say. “Wonderful!” they say back. You start the journey down your endless rows of old DVD’s and/or netflix queue when suddenly something happens. The more you search and say “how about this one?” the more it becomes blatantly obvious that movie night might not have been such a hot idea.

How do you salvage what very well could end up being a night sleeping on the couch? Start by assessing what kind of couple you two are. Do you like a good cry when watching a film? Do you prefer a laugh with your romance? Or are you the thinking types when it comes to your love stories? Whatever the case, here’s some suggestions to help you cap off a lovely evening of chocolate, flowers and alcohol.

The Sap – The Princess Bride

“The Princess Bride” is a movie that knows it’s got some sap, but it’s also clever about how it feeds it to you. The setup is like many romance films before it; a poor farm boy, Westley, falls in love with a princess, aptly named Buttercup, who he cannot have. Many years later, after Buttercup believes Westley to be dead, he returns to claim his true love, but must first liberate her of a nasty suitor, Prince Humperdinck. This movie works because it has all the elements of a classic romance story, but mixes it up with pirates, sword-fighting and a fun sense of adventure. It may not make you ball like a baby, but it will definitely tug at those nostalgic heart strings.

So you hate Valentine’s day and question not only the practice and recognition of this national holiday, but also why you still have to get your girlfriend a present and flowers? Go watch Woody Allen’s relationship meditation, “Annie Hall.” It may not answer your questions, but at least you’ll know that somewhere, somehow Alvy Singer is feeling your pain.

The Couple – Before Sunrise

There are literally a million options for couples, but one film in particular comes to mind: the 1995 flick “Before Sunrise.” Ethan Hawke and Julie Delpy play two young romantics who spend a night with each other in Vienna, contemplating their lives and making a deep connection along the way. No gimmicks, no melodrama, just two kindred souls who happen to cross paths for a brief moment in time. This is a unique little film that every couple should see at some point.

The Broken Heart – Eternal Sunshine of the Spotless Mind

Here’s an idea: what if you could erase all the memories of your ex, resolving you of all the pain a breakup brings? “Eternal Sunshine of the Spotless Mind” stars Jim Carrey as Joel, a man who just had his heart ripped in half by Clementine, played by Kate Winslet. Joel opts to have his memories of Clementine removed, but realizes in the middle of the procedure that he still wants a part of her in his head. If you’re sitting at home alone on V-day, this movie sure won’t ease your pain, but it might make you cherish what once was…or make you call your ex, begging them to come back. Which in that case, a memory transplant might be the right idea.

Technically “Forgetting Sarah Marshall” could fit into any of these categories, but it’s most appropriate for the funnies. The film seems to understand that once the dust has settled from an awful breakup, it’s ok to look back and laugh at it. Jason Segel stars in and wrote the film, based on real life relationship issues he was dealing with. There are plenty of great moments in the movie, but none beat the naked break-up scene, which Segel plays perfectly straight and totally pathetic. If you’re looking to laugh off this long month of love, this flick should cheer you up.