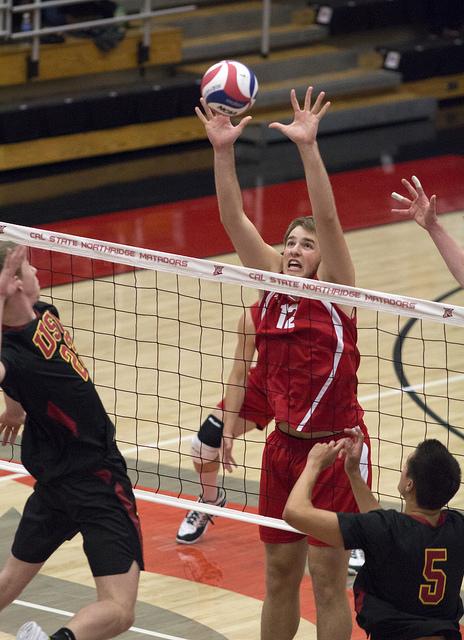 Cal State Northridge was led by junior middle blocker Greg Faulkner who finished the game with seven kills and three blocks. Sophomore outside hitter Sam Holt added seven kills along with two blocks. The Matadors had a tough time only hitting .068 while UC Santa Barbara hit .298.

The Matadors played well early in the first set going up 5-3, but they would let the Gauchos take the lead after an error by sophomore outside hitter Chance Earnest. UC Santa Barbara would win the set with their highest hitting percentage of the night at .348. Northridge would finish the first set with eight errors and only hit .037.

CSUN improved in the second set committing four less errors and hitting .241, but it was not enough with the Gauchos coming out on top at the end of the set with 16 kills, hitting 333. Things only got worse for Cal State Northridge in the third set as UC Santa Barbara never trailed. Junior right side hitter Chad Kingi had the best game for the Gauchos, finishing the game with 13 points and four digs.

The Matadors will be back in action on Friday taking on the UCLA Bruins (10-2, 7-1 MSPF) at Pauley Pavilion to finish their two-game road trip as they look to avoid extending their losing streak to five games.