Reflecting on the greatest player of our generation 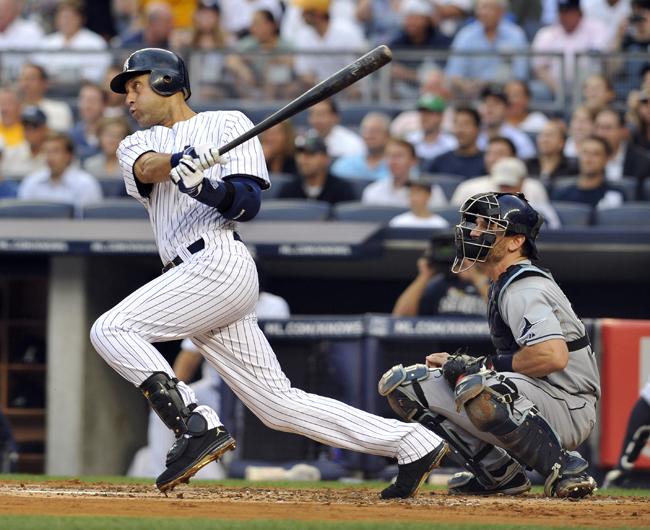 For all the non New York Yankee fans out there, that is the voice of the late legendary announcer Bob Sheppard, whose voice still graces baseball Mecca every time shortstop Derek Jeter walks to the plate.

Sheppard was a famous public address announcer for New York sporting events that included the college and professional level. Prior to his retirement, Jeter had his voice recorded to play every time he came up to bat, keeping Sheppard’s legacy alive.

However, this will be the final year Sheppard’s voice will be heard. Baseball suffered a second straight blow when Jeter announced on Facebook that he will hang up his jersey and retire after the 2014 season.

In 2013, fans around the country flooded stadium ticket booths and ticket resale websites to capture one last glimpse of the greatest closer of all time, Mariano Rivera. The same thing will happen again this year as fans make plans to watch Jeter one last time.

Ticket demands for Jeter’s farewell tour have already begun. Ticket prices for the shortstop’s last regular season game Sept. 25 at Yankee Stadium skyrocketed 278 percent just one hour after news broke, according to an article on Forbes. Ticket prices jumped from an average price of $304.87 to $1,153.01. Crazy yes, but deservedly so.

Jeter is a world-class athlete. He isn’t just the type of ball player an aspiring kid wants to be like, he is the prototypical role model every adult should strive to be.

His heart and passion for the game has earned him five World Championships, 13 All-Star Game appearances, a 1996 American League Rookie of the Year, a 2000 World Series MVP and five Gold Glove awards.

He has also worked hard to become the Yankees’ leader in career at-bats, games played and hits. After a 72-year stand, Jeter broke Lou Gehrig’s record of 2,721 hits in franchise history, and will begin his last season with 3,316 career hits, ninth most in MLB history.

Though he is known around the league for his statistics, he is measured more by his consistency as a player, and will always be known for his clutch plays in big games.

In Game 3 of the 2001 American League Division Series against the Oakland Athletics, Jeter ran from his shortstop position to the first base line to field a throw from an outfielder that missed the cutoff man. In doing so, he was able to backhand the ball to the catcher throwing out a runner at home, and preserving the win in one of the most memorable plays in playoff history.

That play, forever known as the “flip play,” is an uncoachable, natural talent awareness so few players have. He is also remembered for running down a foul ball by diving head first into the front row seats in a game against the Boston Red Sox.

The man simply plays with a love for the game. The same love a kid has when he wakes up Saturday morning and gets to lace up his first pair of cleats, grabs his glove and bat, puts on that uniform and hat, and heads to the diamond.

I remember going to see Rivera’s last game at Dodger stadium on July 31, 2013, and can still see Dodger fans giving him a standing ovation while capturing the moment on their smartphones and digital cameras. I still have my ticket stub.

In a 0-0 tie in the top of the ninth, Dodgers reliever Paco Rodriguez gave up a single to pinch hitter Lyle Overbay allowing the Yankees to score, setting up a save opportunity for Rivera.

As a Dodgers fan, like any opposing baseball fan, losing to the Yankees is unacceptable. However on this night, having the ability to witness the best ever player at his position play and strike out the side to win, well that was something special.

He is no-doubt a first ballot Hall of Famer, the greatest shortstop to ever play, and easily a top-five Yankee of all time.

The question now is what parting gift will teams give to him, like when they honored Rivera a season ago. What will tickets sell for when the final game at Fenway Park in Boston, or at Citi Field when the Yankees play the Mets in the “Subway Series” comes around?

As the Derek Jeter farewell tour begins April 1 at the Houston Astros, baseball fans all over the world will cherish each moment the Yankee great graces the field.

It will be a sad day for baseball when that final day arrives, but as the baseball world gets ready to say goodbye to one of the all time greatest players, I know one thing for sure. I will never forget the first and last time I saw No. 2 play.