Zipcars: Will they help CSUN students? 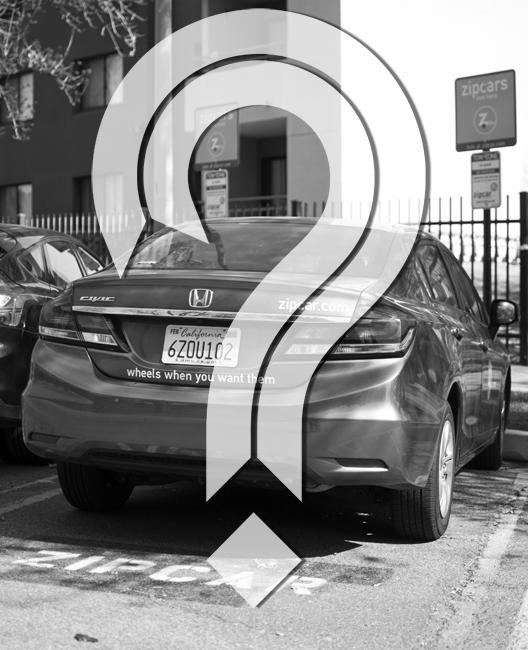 Frustrated again at the major traffic that hits CSUN every day? Tired of having to take 10-20 minutes to get out of the B3 parking lot? Need to go somewhere but you don’t want to lose your parking spot? To address such problems, Associated Students (AS) has recently introduced a new car rental program called Zipcar to CSUN.

Zipcar claims that it will reduce gas emissions, help with parking congestion problems and provide an incentive for CSUN students to take public transportation.

While it makes sense that providing cars to students could bring about these changes, there are a couple of  problems.

First of all, CSUN has only been provided with two cars for over 35,000 students.

The nagging question is, will the two cars that we have been provided with really make a difference? In fact, how much of a difference can this program make for CSUN students?

It’s a well-known fact that CSUN is a commuter school, as only eight percent of students live on campus, according to Collegepotrait. A majority of students already have their own car. And even if they don’t, most students use other means of transportation such as bicycles and public transportation.

Also, a majority of students that do not commute or live in on-campus housing live within walking distance from campus, with many across the street from the B2 and B3 parking lots. With this in mind, there’s no reason to drive across the street.

Although everyone would appreciate a better parking situation, it is doubtful that two cars will make a noticeable impact.

Zipcar vehicles have permanent parking passes attached to the windows. This isn’t a big deal unless a student is late returning a Zipcar to the F10 parking lot. They now have the option of parking in the parking structures, which goes against the idea that the Zipcar program can help alleviate parking congestion. Students that normally wouldn’t be able to use up parking spaces now can with their Zipcars.

Zipcar are supposed to appeal to a student population that lacks a car. It is supposed to be affordable and they offer free gas, full insurance coverage, 180 free miles and new and popular cars that everyone wants to drive.

The key point to remember here is that Zipcar is a business, meaning they need to make a profit to continue to exist.

Let’s break down the price of the service. The Honda Civic goes at an hourly rate of $8.50 while the Ford Focus hatchback goes for $7.50.  Both cars can be rented out for $69 for the whole day.

While getting free gas sounds enticing, by spending $69 for the day you have already paid for more than a full tank of gas.

As with any rental service, there are late fees. Zipcar’s late fee is a whopping $50. That $50 late fee can almost pay for renting out the car for a full day. On top of that, the student will still have to pay their hourly rate along with the late fee.

And driving from the dorms to Vons is not exactly worth spending $7.50. That’s just like paying $7.50 per gallon at the pump.

Since most students that will be using Zipcars will be those without a car, many would agree that the perk of the rental service is having your own car for the whole day. But let’s be realistic. Just because you are driving a rental car does not mean that you are saving the planet. Driving in general won’t ever help with environmental issues. In fact walking is more environmentally friendly than Zipcars.

This is a rental service, meaning there will be other students using these cars. Zipcars has effectively equipped everybody with the ability to contribute to the carbon footprint.

Unlike campuses that are isolated from the community, CSUN is within walking distance to many businesses. The appeal of Zipcar is apparent at schools in rural areas. But since there are a good amount of businesses as well as public transportation options in Northridge, the need for Zipcars seems to be quite low.

Besides, most students try and pick their classes fairly close to one another  in time so that they are not stuck on campus all day.

Realistically, students won’t have much time to get to the dorms (Zipcars are located at the parking lots across the dorms) to rent a car and then bring it back to make it on time for class.  Because students are not allowed to make one-way trips with Zipcars, students would be required to make their way back to the dorms before their next class.

Zipcar sound good on paper, but they might not be as good when put into use. Even if Zipcars were reduced to serving only the population that lives in the dorms, how will two cars manage thousands of students that need to get somewhere? In all honesty, Zipcar seems to be another unnecessary feature on campus that will not do much to help.