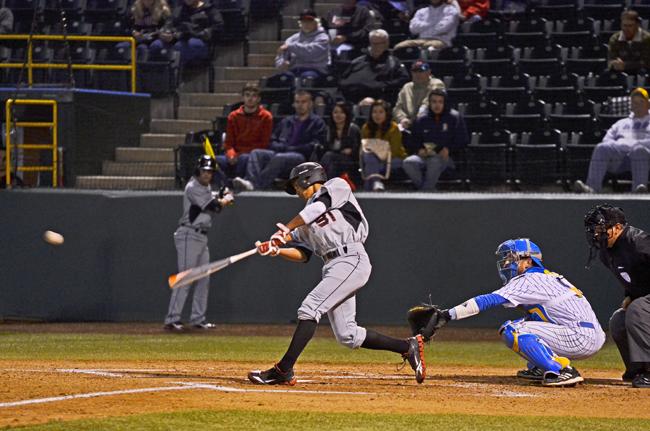 Facing their first test of the season on Tuesday, the Matadors (2-2) fell 7-1 to the defending national champion No. 12 UCLA Bruins (3-1) at Jackie Robinson Stadium.

Matador starting right-handed pitcher Calvin Copping pitched four innings of one-run ball, but was removed with a Bruin on second in the fifth inning.  Although CSUN was able to hold UCLA to just one run in the next three innings, the Bruins exploded for five insurance runs in the bottom of the eighth to secure the victory.

Matador senior right handed pitcher Kenny Rosenberg was tagged for four earned runs in the bottom of the eighth as the Bruins scored five runs on a double, a 3-run triple, and a wild pitch. Right-handed pitcher senior Shay Maltese allowed sophomore right fielder Christopher Bono to score from third as he tossed a wild pitch on the first batter he faced.  Senior shortstop Brett Balkan dropped a fly ball for the second error of the game to prolong the Bruins’ big inning.

In the top of the ninth inning, Bruin All-American and 2013 NCAA saves leader junior right-handed closer David Berg struck out the last two Matadors looking to clinch the victory for UCLA.

Berg froze Matador junior designated hitter Michael Livingston with a pitch that broke wide over the plate for the final strikeout.

CSUN cleanup hitter junior catcher Alexis Mercado was held hitless for the second time in four games, striking out twice and leaving two men on base.  Colantono managed two walks during the game, but the Matadors could not bring him home.

Despite holding CSUN to one run, the Bruins pitching staff only managed seven strikeouts as the Matadors put the ball in play often.  However, three sacrifice hits and a ground ball into a double play by Balkan did not produce a second run for CSUN.

CSUN has struck out 27 batters on the season, but have also walked 17.  The Matadors walked two Bruins on Tuesday.

CSUN will host the Seattle Redhawks (3-1) on Friday at 2 p.m. for their home opener, beginning an eight-game home stand.  The Washington State Cougars will visit Northridge for a four game series beginning on Feb. 27.