Get through an argument without ruining your relationship 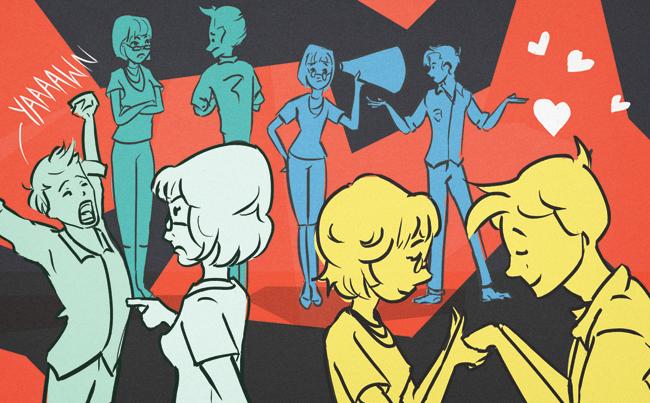 We all know that relationships aren’t always sunshine and daisies. In a healthy and successful relationship, it takes two people who actively work at being together for the betterment of both. This almost guarantees that it won’t be smooth sailing the whole way, but when you do find yourself in a fight, it doesn’t have to be entirely bad. In fact, a couple of fights can say a lot about the foundation of the relationship as a whole.

There are several tips and tricks you should have in your arsenal to resolve an argument with your significant other while still getting your point across.

It’s easy in an argument to get caught up in the moment and not pay attention to the words that you are choosing. However, if you make an effort to shift the focus onto yourself, you are less likely to make your significant other feel like you are accusing them for your unhappiness. For example, if you are unhappy with the amount of time that you are spending with your significant other, instead of saying, “You never spend time with me,” shift the focus onto yourself by saying something like, “It makes me feel sad when I don’t get to see you.” This will eliminate the accusatory tone you might have had and make your significant other less likely to get defensive.

Treat others the way you want to be treated

Opening up in an argument puts you in a vulnerable place. The golden rule applies in that when you’re listening to the opposing side, make sure you respond with the attention and care that you would want to have. If you don’t want someone to walk away in the middle of your argument, then don’t walk away from them. Don’t condescend their point of view just like you wouldn’t want them to make you feel belittled. Treating them how you would want to be treated will lead to a healthier argument.

Nothing leads to better communication than listening to what the other side has to contribute. An easy way to make your significant other get frustrated is by talking over them and not listening to the entirety of what they have to say. By listening completely to their point, you can avoid having the same argument over and over again. Couples have the same fights repeatedly because they don’t think the other person is hearing what they are trying to convey. Giving them your undivided attention will result in a more productive argument that hopefully only has to happen once.

Focus on the good too

It’s easy in arguments to focus on the things that are wrong and forget about all the good there is. By prefacing something not so pleasant with something sweet, you can help take away some of the bitterness of what you are about to say. If you focus entirely on the bad, it is easy for the other person to feel like they are being torn apart. Even in a fight it is important to confirm the good in them. This will also let you be expressive while reminding them that you aren’t going anywhere.

Madison is a senior psychology major and hopes to become a marriage therapist after graduation.

GOT A RELATIONSHIP QUESTION FOR MADISON? Email us at ane@csun.edu with the subject line “Relationship Column” with your name and situation. Questions will be published anonymously.