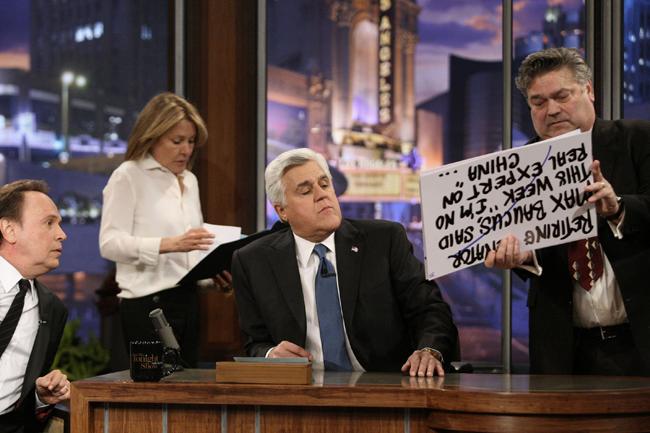 For someone who has never lived in or visited the City of Angels, life probably seems filled with celebrities, parties and glamour. While this particular image isn’t true for the majority of people in the city, we do tend to have direct access to something a bulk of the United States does not—live television tapings. Sitcoms, talk shows and game shows are just a few of the options available to those looking to get their dose of celebrity.

But how does one act during these events? Is there a specific protocol or etiquette involved? The short answer is: yes, certain etiquette exists for live television tapings, and much of it may be more than what one would expect.

Autumn Gomez, a junior majoring in gender and women’s studies, attended two talk shows, Bethenny, which was recently canceled after just one season, and The Tonight Show with Jay Leno, and had completely different experiences at both.

For both shows, Gomez received a set of etiquette rules in the mail beforehand. The list even included what to wear, down to the feet.

“The attire was casual but nice,” Gomez said. “No flip-flops. No t-shirts that said anything on them, preferably a plain colored shirt.”

Recording devices were not allowed inside, either. For the Bethenny taping, if a person brought in something that might record, personnel would take it, although bags and purses could be kept.

“They made you put any electronic device you had in an envelope, and at the end of the show, they would make you pick it up,” Gomez said. “My mom had to put her Kindle in the bag.”

Gomez attended The Tonight Show with her boyfriend after he won tickets to “the Green Room”. This allowed special privileges and a behind-the-scenes look at the studio. The couple was also offered food and drinks in a private room before the show.

“We didn’t have to arrive five hours before the show,” Gomez said. “We could come about 10 or 15 minutes before it started. After the show, we got to meet Jay Leno and take a picture with him.”

Arnold Martinez, a senior majoring in computer science, went to The Tonight Show when Conan O’Brien was hosting. He also had rules sent to him ahead of time and additional etiquette explained once he arrived at the taping.

During taping, audience members were encouraged to be enthusiastic but to also curb their enthusiasm to a degree.

“They would tell us it was okay to be excited but not to the point of being destructive or too excited,” Martinez said. “It’s okay to clap, but don’t scream and interrupt the show.”

Each taping Gomez and Martinez attended took roughly an hour to film. Seating was not assigned and set up like a theater, with seats sometimes as simple as folding chairs.

Recommended arrival is usually an hour or more ahead of the taping, as most places overbook in case people decide to not come to the show. However, having tickets doesn’t guarantee admission. As the saying goes, the early bird gets the seats. Ok, ok. It gets the worm, but you get the gist. Martinez only waited for an hour outside the studio, but Gomez had a four-hour wait inside for Bethenny when taping was pushed back from its original time. 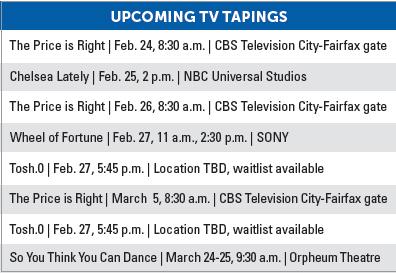 The easiest way to obtain tickets is to head to a website like Ticketmaster. Sometimes, the network have tickets available directly from their website. In most cases, tapings are free, and some even offer the chance to win prizes.

Audiences Unlimited, Inc. offers a listing of various shows up to 30 days in advance of the tapings and as soon as the day before on its website, tvtickets.com. Usually, shows scheduled for the same day will not appear on the list, regardless of ticket availability. The site lists the dates, the name of the show, the show time, the minimum age required to attend and if the taping is sold out.

For those who are hoping to have a chance to be caught on camera, shows such as The Price is Right, American Idol and Dancing with the Stars involve more on-camera audiences. Mytvtickets.com specifically offers tickets for current tapings of these shows as well as waitlist for upcoming seasons. The site also assists in getting group tickets and fundraising opportunities.

So, whether you want to mingle with Drew Carey, try to win fabulous prizes or watch celebrities glide across a dance floor, hitting up a live television taping could be right up your alley. After all, what else would you possibly be doing during the week—studying?