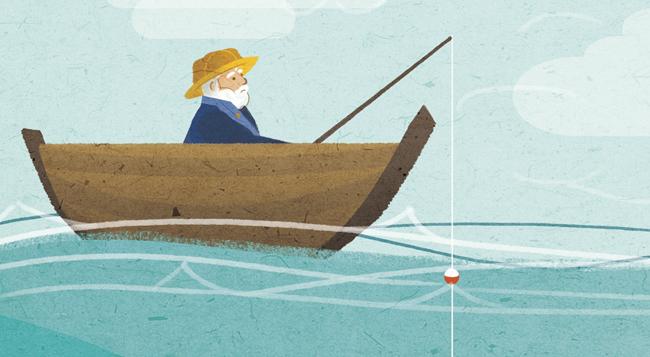 Everyone has a favorite television show. But by the cruel hand of time, that favorite show of yours inevitably ends, or worse, gets cancelled.

In the last few years, fans of shows old and new have found an effective voice (the internet) to bitch on that has got the lords of TV land thinking: can old shows be revived? Will they be successful the second time around? With shows like “Veronica Mars” getting the movie treatment, a revival of “The Powerpuff Girls” making waves and “Arrested Development” finding new life on Netflix, could this be the trend, or are we running out of ideas?

The number one reason a show gets cancelled is because of low ratings, which is just a nice way of saying nobody watches it. Yet, fans have raised hell about some of their stories getting axed before their time was up. Take “Jericho” for example. “Jericho” was a post-apocalyptic based show that was cancelled after one season. The series wasn’t bad by any means, it just had low ratings. But the viewers had a strong reaction and threatened the network with a barrage of peanuts (don’t ask). The show was renewed for one more season, but the same problem crept up when, again, nobody watched it.

So why do the television overlords think it is a good idea to revive long-dead shows? One of the more recent resurrected series was the critical darling, “Arrested Development.” Netflix saw an opportunity when viewers would binge old seasons of the show, which saw the series’ fanbase grow long after its 2006 cancellation. In 2013, brand new episodes were produced, but in a much different fashion than what the show was when it first aired.

The feedback was mixed, mainly because the actors shared little screen time with one another—which negated what made the series so special in the first place. However, one thing was certain: if “Arrested Development” could be revived, other shows can too.

This leads us to the most current high-profile revival, “Veronica Mars.” This one has had the web buzzing, particularly because it was funded through the crowd funding site, Kickstarter. The series was cancelled after three seasons, but oddly the viewership had been on the rise since the show’s debut. It was evident that the series had fans, so it was no surprise that they were willing to pay directly when the Kickstarter campaign launched in 2013 to see it make a comeback. Since then, the movie has been made and is currently awaiting its release.

Die-hard fans of another series long-dormant, “Sailor Moon,” are also being treated to a reboot this July. Details on the show’s direction are still mum, but the series’ creator has been teasing this for a couple of years. The new version of the show, which will be a new(ish) adaptation of the manga, is expected to be released this summer via streaming. This follows a new episode of the extremely popular “The Powerpuff Girls,” which aired in late January, though there’s no word if the show will return in full.

So if couch potatoes are hounding for old shows, what does that say about the shows currently on television? Are they any good? It depends on who you ask. Networks usually release shows during the fall, with a few seeing their first light in spring.

This fall had the usual mix, which usually consists of the good, the bad and the ugly (read: “Brooklyn Nine-Nine,” “We Are Men” and “Dads”).  But there were a good amount of premieres in a surprising amount of variety of genres.

There are also a number of shows that are currently flourishing in their later seasons. Just to name a few, “Parks and Recreation,” “American Horror Story,” “Game of Thrones” and the frequently boring, though somehow still an audience favorite, “The Walking Dead” all seem to have concrete staying power and built-in fan bases.

But still, with all this television, why do we keep going back to old, dusty shows that were cancelled or concluded a while back?

Best guess: nostalgia. We all remember. Whether it be you, or that friend who won’t shut the hell up about how good “Firefly” was and how they can’t believe you haven’t watched it yet, there is a certain level of sentimentality when we look back on characters we loved knowing we may never see them again in new episodes.

Or when you binge a cancelled show and fall in love, then go through an existential crisis and cry in the shower once you’ve watched the series finale. We’ve all been there.

That being said, sometimes there’s just nothing that beats diving into an old cult favorite. Because the best shows, arguably, are the ones that stick with you long after they end their initial run. The networks seems to be catching on to this, but are slow to the race. We’ve seen them revive shows like “Hawaii Five-O” and “90210” to moderate success.

But if we’ve learned anything from botched comeback attempts like “Charlie’s Angels,” “Knight Rider” or the mishandled “Ironside” reboot, the networks should be listening intently to the viewers—the ones they keep losing to Netflix, Amazon and HBO Go. Because after all, they’re the ones that paid to watch “Veronica Mars” on the big screen.