End the injustices in America, end the prison industrial complex 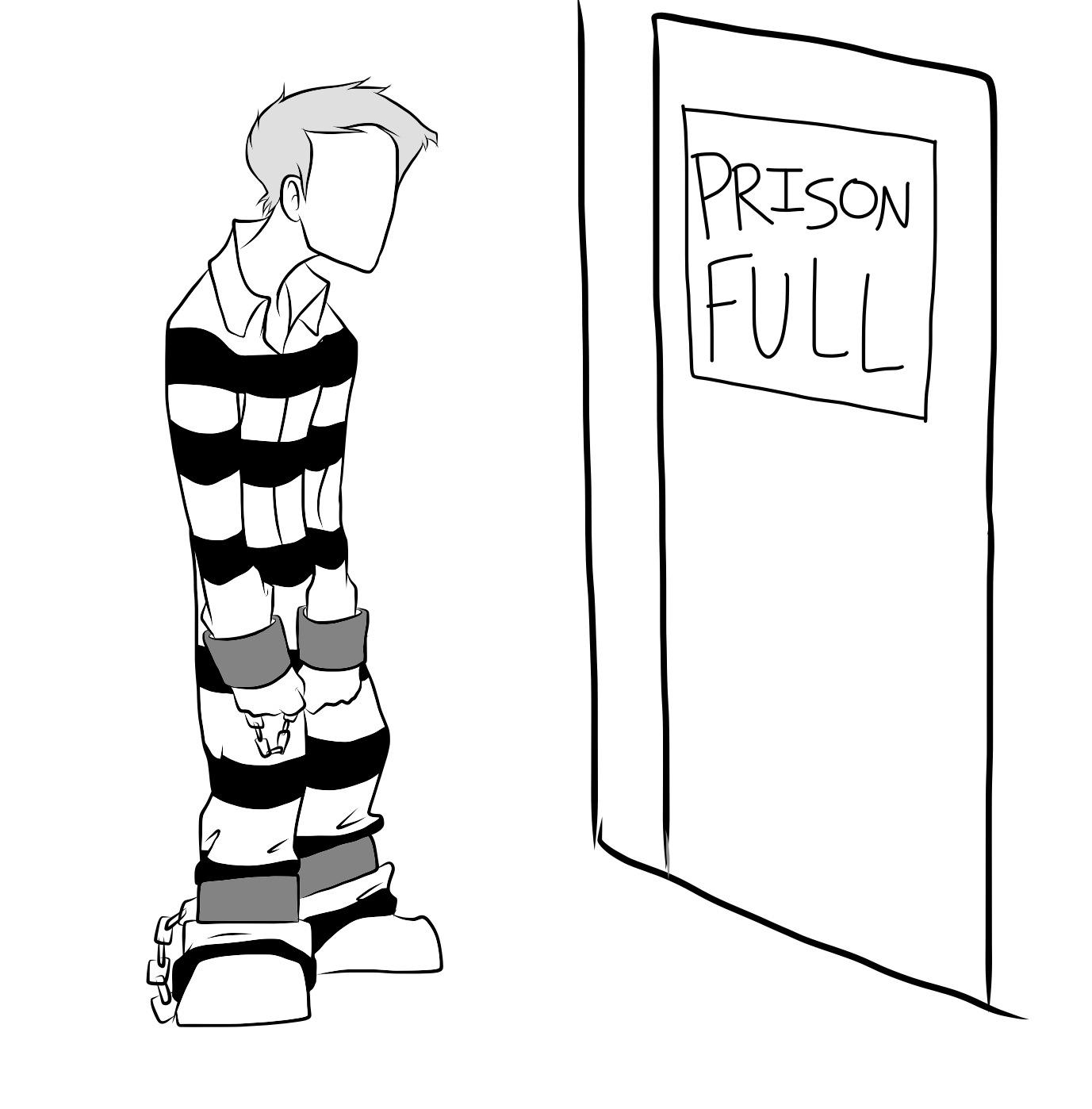 Brown asked for an extension of two years in order to carry out his plan to reduce the number of inmates and on Feb. 10, a panel of three judges agreed with Brown’s plea.

Brown’s original plan was to move non-violent offenders into rehabilitation centers in order to reduce the prison population. But Brown should consider this solution instead: get rid of the prison system in California.

In our capitalist society, anything that makes big bucks is great and should be kept around for as long as possible in order to milk as much money as possible from it.

As it stands California has the highest number of non-violent prisoners behind bars, according to the Progress Report. On top of that, the Population Reference Bureau (PRB) finds that America has been the world leader in incarceration rates since 2002.

America imprisons people at an alarming rate as well. The PRB report finds that for every 100,000 citizens, there are 500 prisoners. The latest Bureau of Justice statistics report that our prison population is about 1.6 million strong since 2010.

That’s an insane amount of people locked up in the land of the supposed free. But what gives? Why is America so focused on the prison system? Because prisons churn out a huge profit for several businesses.

This mad system of imprisonment and profiteering is known as the prison industrial complex. Critical Resistance defines the term as “the overlapping interests of government and industry that use surveillance, policing and imprisonment as solutions to economic, social and political problems.”

Clearly, the government and businesses have an overlapping interest in the prison industrial complex. For the government, it’s an easy way to deal with criminals. Prisons create the illusion that they are containing the “undesirables,” keeping our society safe from criminals whose only purpose in life is to create hell in our peaceful, democratic society.

It also allows politicians who are “tough on crime” to gain popularity within the public. I mean, who seriously doesn’t want safer neighborhoods?

On the business side of the prison industrial complex, major companies get to produce a mass amount of weapons and containment equipment used within the prisons. As our prison population rises, prison companies get to build new prisons, meaning construction companies get funded. Then there’s the whole ordeal of manufacturing weapons, handcuffs and other equipment. Big bucks there, given the size and incarceration rates in America.

But the business side of the prison industrial complex doesn’t stop there. Being a prisoner is being a modern-day slave. Did you know that prisoners are actually denied full constitutional rights? The only constitutional rights given to prisoners is protection against cruel and unusual punishment, the right to due process and the equal protection clause of the 14th Amendment. Note that the First Amendment, a right so glorified by America, is not present.

Step one to creating a slave is to deny full rights as a citizen. Step two is put said slaves into a system that creates a profit for this country while calling their labor “punishment.” It’s not just the prison manufacturing companies that gain a profit from this system.

No, everyday companies actually have their products made in prisons. Global Research found that companies such as IBM, Boeing, Motorola, Hewlett-Packard, Macy’s, Revlon, Microsoft, Dell, Target and so many more companies use the prison population as a cheap labor source to mass produce their products.

It’s a win-win situation for big businesses and the government. As the need to produce more money increases, the more the government needs to imprison people. More prisons mean more production. More production means more money. In essence, our bodies have been commodified by the prison industrial complex.

For the government, the prison industrial complex creates a justifiable reason for marginalizing and criminalizing communities of color, especially black and brown communities.

Think about it this way. If you were in power, why would you cede it to those below you? Incarcerating and subjugating communities of color makes sure their opportunities remain low.

An essay by political activist Angela Davis said of the two million people who are incarcerated, 70 percent are people of color. There’s a definite racial disparity when it comes to who is imprisoned.

The same report from the NAACP found that of the two million people in prison, Black Americans constituted nearly one million of that population.

To top it off, Black Americans are sent to jail for drug offenses at 10 times the rate of Whites for the same offense. The number crunching gets worse, as Black Americans actually make up 12 percent of the population that are using drugs.

It is not because Black Americans and Latina/os are more prone to committing crimes. No, it’s because the prison industrial complex works to keep those in power by subjugating people of color. Racism is a system of privilege that benefits one group at the cost of other groups.

The prison industrial complex is only a part of the machine of racism and hegemony. Angela Davis said it best: That Black, Latino, Native American and Asian American youths are portrayed as criminals who traffic drugs and are envious of white people.

In the end, the prison industrial complex creates a vicious cycle that only impoverishes those who are already impoverished. And surprise, America only presents the solution of imprisonment as a solution to the impoverished.

Let us dismantle this sad cycle. The prison industrial complex must die.