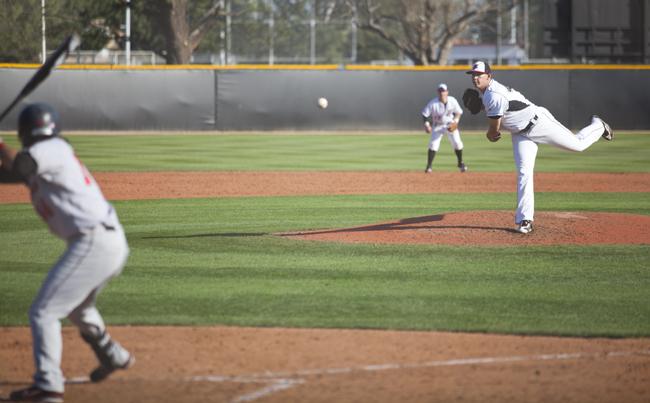 After an offensive showcase during a doubleheader on Saturday, the Matadors (4-4) couldn’t muster more than two runs in a 4-2 loss to the Seattle Redhawks (5-3) Sunday at Matador Field.

CSUN’s bats went cold after lighting up Redhawk pitching on Saturday, blowing out Seattle 14-4 in the first game of a doubleheader and racking up 11 hits in a 4-3 win in the afternoon.

Redhawks senior left-handed pitcher Mac Acker was dominant, allowing one run on four hits while striking out six Matadors.  CSUN’s first run came on an RBI groundout with the bases loaded by junior outfielder Chester Pak, who grounded out to the second baseman but advanced sophomore infielder William Colantono from third to take a 1-0 lead in the bottom of the third inning.

Sophomore right-handed pitcher Jordan Johnson pitched well until the seventh inning, when the Redhawks spoiled his shutout with four runs.  With two outs, Johnson allowed a ground rule double with two men on base, allowing Seattle to tie the game 1-1 and threaten with men on second and third base.  Junior catcher Brian Olson singled in the next at-bat, scoring another Redhawk and giving Seattle a 2-1 lead with men on third and first. Senior utility player Ryan Somers smacked a triple past Matadors sophomore third baseman Nicholas Osuna, scoring two more Redhawks to lead 4-1.

The Matadors would not answer until the bottom of the ninth inning with two outs, when they rallied with a few hits and an error by Seattle.  Junior catcher Alexis Mercado hit a double down the line for his first hit of the day off of Seattle freshman closer Brock Carpenter.  Osuna singled to put Matadors on first and third, bringing Colantono to the plate.  Colantono hit a weak grounder to Redhawks first baseman freshman Michael McCann, but it went through his legs and Mercado scored easily.  Junior utility player Nick Blaser had a chance to tie or put the Matadors ahead with a home run, but hit a routine grounder to the shortstop for the final out.

Not counting the 14 run outburst on Saturday, the Matadors have struggled to score runs this season.  However, junior second baseman Ryan Raslowsky believes the team will get better as the schedule progresses.

“As a team we need to build some more confidence,” Raslowsky said. “I think that will come as the season goes on, we have a lot of new guys on the field.  A lot of guys coming back from injury, it’s going to be a season-long process.”

Raslowsky has been a threat on the basepaths this season, stealing four bases for CSUN.  However, he’s been caught stealing twice, contributing to the Matadors’ Big West high six caught stealing outs.  Head coach Greg Moore said the team won’t change their style of play despite having struggled to score runs early in the season.

“We’ll see what the game gives us,” Moore said. “That’s one of the methods that I think is a strength for us, so we’ll continue to run the bases aggressively.”

Moore also said his team will continue to “build on the positives” from the 14 run game on Saturday and a few other good at-bats over the weekend.  One positive for CSUN was junior catcher Alexis Mercado, whose bat came alive with seven hits in the four game series including CSUN’s first home run of the season.

“(I’m) just staying relaxed, staying with my approach,” Mercado said of his weekend.  “I ran into a couple of balls this week and got good results.”

The Matadors will be back on the field Thursday at 2 p.m. as they host the Washington State Cougars for a four-game series with another doubleheader on Saturday.