CSUN students list the many things that make them Matadors 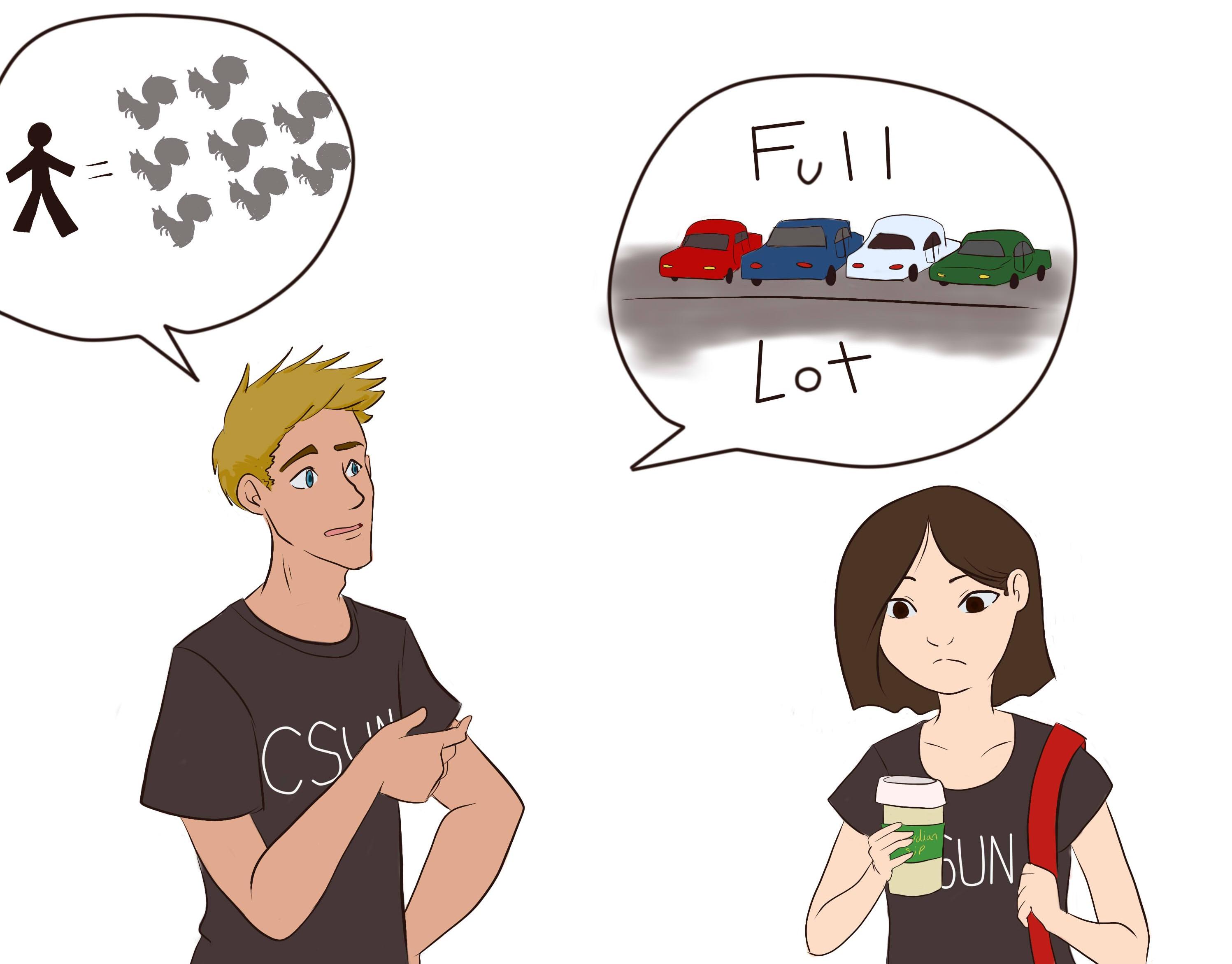 Picture this. A student commuting to school as he makes way into the parking lot. It’s almost noon and he know what’s coming his way: an hour spent just to find a parking spot.

He passes along the rows and thinks, “Eureka! I have found it.” Just as he’s about to turn, he sees a Mini Cooper tucked all the way in. Starts cursing. After a few more loops around the lot, he finds one, parks his car, and starts walking toward the campus.

On the way, he almost steps on a squirrel rushing past his feet. He decide to get a cup of coffee with some psychologist on the sleeve. Walking up the never-ending stairs to the library, he starts to wonder how many actors he’s shared the same path with.

What does it mean to be a CSUN student? As a commuter school and one of the nation’s largest universities with such an incredibly diverse student population it would be easy to assume that there are not many things that unite us as CSUN students.

But like any other college campus there are certain facts that are specifically true to our community, things that distinguish us as CSUN students and set us apart from the millions of other college students out there.

Over the years, CSUN has started and continued traditions that have become a part of the Matador lifestyle.

Despite the large campus and larger population, there are characteristics unique to CSUN that bind students together, whether it be the lack of parking spots available, the alarmingly large number of squirrels on campus or unique events such as Big Show.

It’s easy to get caught up in daily routines, but being a student at CSUN is so much more than just driving to school, attending classes and going home.  Pause and take in the campus and other students around. You begin to realize that the university is a community and by being a student here, you already have something in common with over 30,000 individuals.

Students have shaped the typical matador.

No one knows what it’s like to be a CSUN student better than you and your peers.

Here are a handful of stereotypes that might make you laugh. If you read these and can relate to at least one of them, you might just be a CSUN student…

“…if you know what movies the Oviatt library has been in.” Victor Akel, senior, engineering major.

“…if you use the Oviatt library to take naps in between classes.” Kristi Phillips, junior, English major.

“…if you get a ticket for riding your bike on the wrong side of the sidewalk.” Kisha Edmonds, junior, sociology major.

“…if you brag about the SRC.” Julie Galendar, junior, business marketing major.

“…if you use the Manzanita (Hall) walkway to skate with all your friends.” Christopher Chann, senior, kinesiology major.

“…if you know to avoid the Matador Walk because of all the people that try and get you to sign things.”  Kevin Merdjan, sophomore, business major.

“…if twerking is your version of working out.”  Tiffany Henriquez, sophomore,  Spanish-language major.

“…if you know that you need but don’t have a Greek row.”   Lindsey Karlis, senior, communications major.

“…if you worry about running out of pages to print at the computer lab.” Nate Raymundo, junior, accounting major.

“…if you wake up at 5:30 to get a good parking spot even though your class doesn’t start until 11.” Zack Heidenreich, sophomore, undecided.

“…if you take your class registration time really seriously and act like registering for classes is the most intense thing you’ll ever do.”  Cindy Rodriguez, sophomore, undecided.