Irish legends, the Chieftains, bring 50 years of music to the VPAC 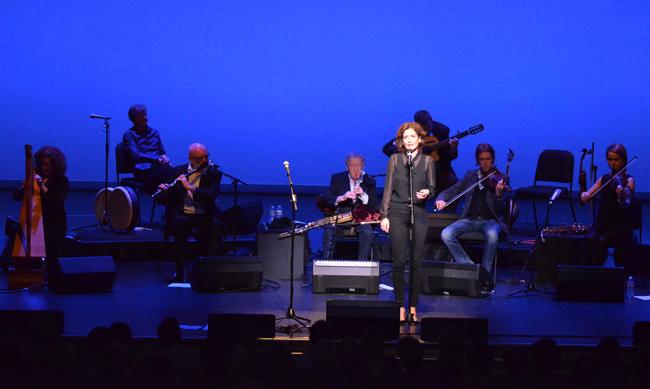 In perhaps the most appropriate ushering in of the upcoming St. Patrick’s season, world-renowned leading authorities on Irish music the Chieftains performed Friday night at the Valley Performing Arts Center.

The Chieftains—whose body of work spans more than 50 years and has received wide acclaim for popularizing Irish music as a viable genre—delivered a brilliant night of music, showcasing material spanning their entire career.

The group, helmed by founding member Paddy Moloney and long-time members Sean Keane, Kevin Conneff and Matt Molloy, are undoubtedly one of the most cohesive acts still performing in this day and age. Backed by a touring band rife with blazingly talented musicians, the vivaciousness of The Chieftains on record was certainly not lost on stage.

The truly amazing aspect of the Chieftains performance was their ability to provide constant engagement throughout the entirety of the show. Even during numbers that showcased the sentimental and tender side of traditional Irish music, there was no lack of commitment from the audience. However, when the foot-stomping and clapping ensued for the livelier, jaunty songs—which was nearly every tune—the appreciation was phenomenal.

Augmenting the top-notch musicianship, the auxiliary spectacles on stage were utterly genial. A segment shown on screen was a snippet from documentary “The Chieftains In Orbit,” wherein the upcoming 50th anniversary of the band was commemorated worldwide. NASA astronaut Cady Coleman took Moloney’s traditional Irish tin whistle into space, playing it via satellite feed to the band on St. Patrick’s Day in 2011. Though an affable part of the program, the message resonated still—The Chieftains’ sphere of influence is vast.

The entire experience could not have been more Irish in nature. From Moloney’s on-point bagpipe noodling throughout the set, to the mesmerizing step dancing on “Down In The Willow Garden,” to the immaculate fiddle performance on “Toss The Feathers” in honor of recently deceased Chieftain founder Sean Potts, it was altogether rivetingly grand.

The grand finale saw the entirety of the performers throughout the set gather on stage for a final number in which the step dancers and the CSU singers snake-danced across stage. As the music blared and the hand-clapping thundered, the dancers worked their way through the crowd, gathering unwitting audience members along the way. By the end of the number the stage was filled with performers and concert-goers alike, a perfect end to an inviting and genuinely fun show.