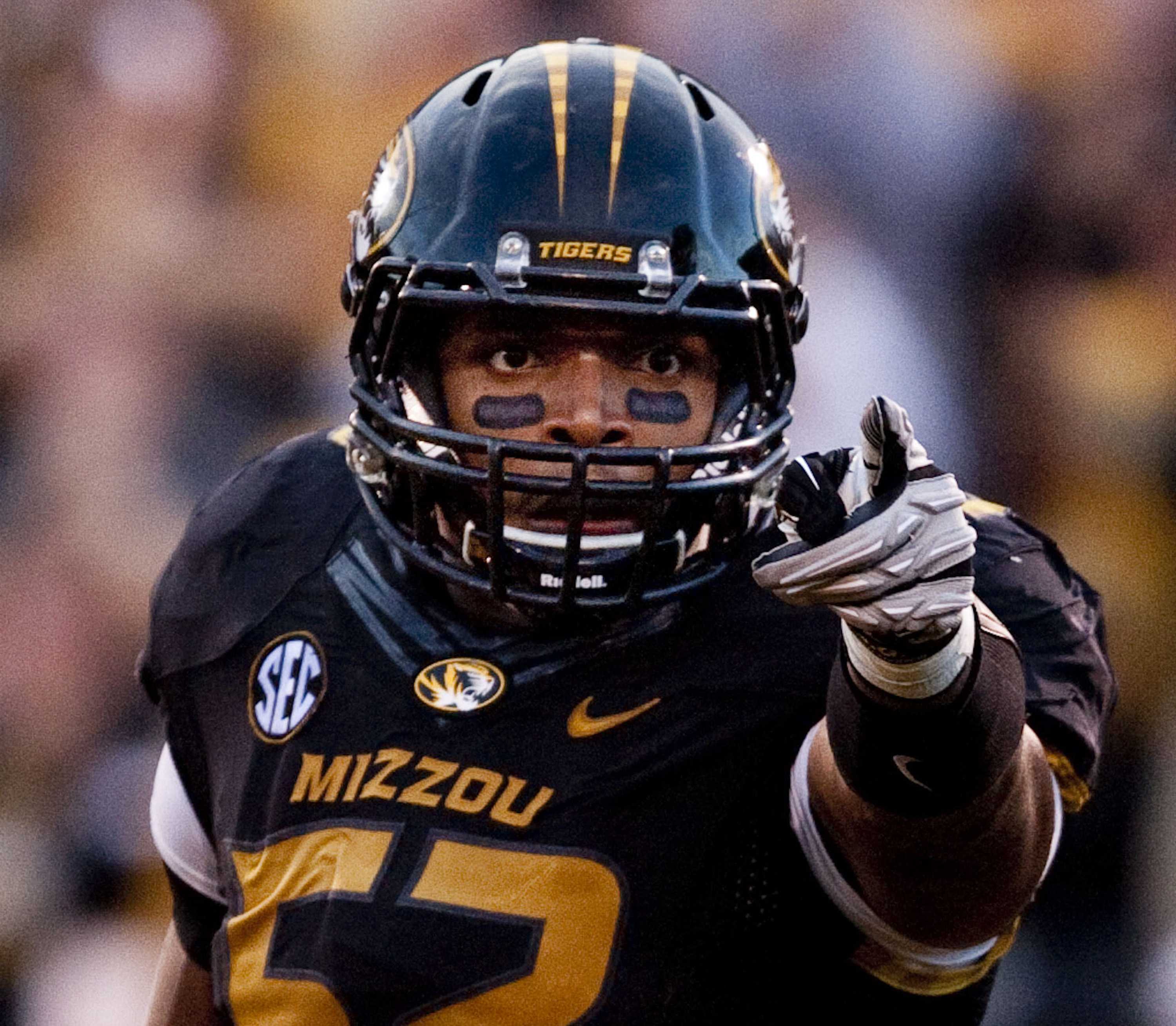 Michael Sam is one of 300 prospects chasing a dream in the NFL. Sam aims to chase opposing quarterbacks on Sunday, and tackle a homophobic NFL culture in the process.

Sam was an All-American defensive end for the Missouri Tigers. He recorded 11 sacks on his way to winning the Associated Press Southeastern Conference Defensive Player of the Year. Sam declared for the NFL draft after a 12-2 senior season with the Tigers.

On Feb. 9, Sam made the groundbreaking announcement to New York Times that he is gay. Should Sam get picked up by a team, he will be the first openly gay NFL player.

Sam has been projected to be a third- or fourth-round draft pick. He is considered an undersized defensive end, listed at 6-foot-3 and almost 260 lbs. However, he is an explosive football player capable of impacting games with his pass-rushing ability. Quarterbacks are a premium position in the league, which makes pass rushers like Sam exponentially valuable.

Being drafted in the third round compared to the sixth round means a potential spot on an active NFL roster. But coming out before the NFL draft is a risky move, as any distraction can hurts prospects’ draft stock and wallets.

Sam didn’t do himself any favors Monday at the NFL scouting combine. His unofficial 40-yard dash time of 4.9 seconds was underwhelming, and his 17 reps of 225 pounds in the bench press was among the worst for defensive ends. The consensus opinion was he looked stiff in drills. ESPN’s Adam Schefter said he looked tight and under a lot of pressure.

Who can blame him? The extensive amount of media coverage Sam has received after coming out in the weeks  leading up to the combine deeply affected his performance. He gave a 12- minute press conference addressing the media in his first day at the combine — an unprecedented move.

Sam’s performance in the combine has definitely hurt his draft stock. The combine is an indicator of the amount of pressure Sam is under going forward.

Although athletes have come out in the past, it is the first time someone has announced themself as openly gay   to begin their career in an American sport. Our society has become increasingly more tolerant of gay individuals in schools, military and even marriage, yet many of us still do not have a gay friend in our inner circle.

As Sam enters the inner circle of an NFL locker room, he is going to change the homophobic culture of the NFL, whether it is ready to change or not.

It’s foolish to think players are going to embrace Sam, let alone any rookie. Professional athletes are businessmen looking to earn a living. NFL players are less inclined to give Sam the support his college teammates showed after he revealed his sexual orientation to teammates before his senior season.

A recent ESPN poll showed 86 percent of NFL players polled said sexual orientation did not matter in the locker room. The same poll showed less than half of the players were sure a gay player could be comfortable in a locker room.

On the other hand, more than 60 percent of the people polled by ESPN said their coaches and teammates used homophobic slurs.

Further, the Miami Dolphins’ bullying controversy shed light on the type of hazing rookies face in the NFL and a  hostile locker room environment Thanks to Dolphins offensive lineman Richie Incognito, fans have a detailed account of hyper-masculine culture existing in the NFL.

Teammate Jonathan Martin, the victim of Incognito’s bullying, felt so disconnected with the team that he quit. And even then, Martin will not see anywhere close to the amount of attention Sam will in an NFL locker room.

It will be a difficult feat. Players have been brought up in a masculine culture their entire life. Many football players were raised in locker rooms where a gay slur is normalized. Because of this, players are not ready to change how they operate on a daily basis.

As someone who played football for four years in high school, I understand the behavior in locker rooms. As boys and friends learning to express ourselves in the confinement of our locker room, we said every racial slur imaginable, and tossed around the words ‘gay’ and ‘fag’ to describe anything.

I know not every player was comfortable with it, like our place kicker who was subject to slurs about his questionable sexual orientation and and is now openly gay. He may have not been at the time but his differences stood out.

We thought we were including him in our culture by tormenting him the same as other players. This was a product of our youth and ignorance. Our culture pointed out every flaw and insecurity in each other. We justified our sarcastic remarks as no harm amongst brothers.

The difference is that the Dolphins  is a team of professional men held to a higher standard. The workplace is an environment where anyone should feel safe to earn their livelihood. We would not tolerate the kind of harassment Martin experienced in any workplace. The NFL shouldn’t be an exception.

Incognito taunted Martin and other’s sexuality in text messages and physical harassment. The Dolphins’ locker-room culture consisted of jokes about players’ sexual orientation by grabbing their butts and asking for hugs.

That’s the culture Sam has the power to change with his strong presence off of the field and production on it.

Sam does not need so-called leaders like the one who forced a teammate to quit after he was bullied for a perceived weakness, not on his sexual orientation. This is precisely the NFL culture destined for reinvention.

Whether people are ready, an openly gay player is coming to the NFL. Michael Sam has the potential to wreck quarterbacks, but he has a more important opportunity to rock the NFL culture.