Former governor of Hawaii and CSUN alumna returns to campus 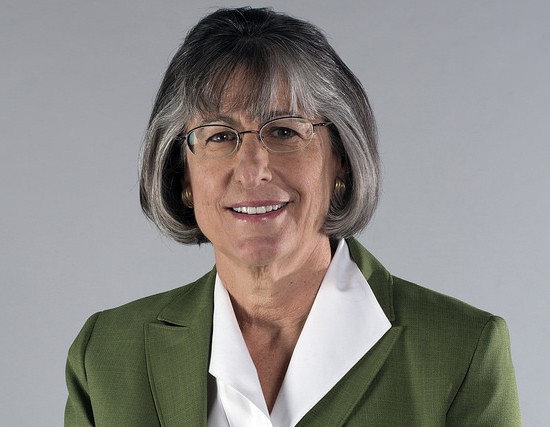 From a CSUN student to the first female governor of Hawaii, alumna Linda Lingle has returned this spring to teach a course on public policy at Cal State Northridge.

“I got my first experience in leadership right here at CSUN when I was made the co-editor of the CSUN Journal,” Lingle said. “My professor at that time, Larry Schneider, saw something in me that I did not see in myself and that was the ability to lead others.”

Lingle graduated from CSUN in 1975 with a bachelor’s degree in journalism.

Being a journalism student taught Lingle how to get to the essence of things and how to get down to what is really important in each issue. She was able to determine what was most important for people to know, she said.

Upon graduating, she moved to Hawaii where she started her own newspaper, the Molokai Free Press, marking her first experience being in charge of something which later helped her in her career in public service.

“Journalism teaches you that there are many sides to an issue, not just your opinion or the person opposing you,” Lingle said. “I was taught how to ask good questions which later helped me in my career in politics.”

When she approached a city council member she felt she was “brushed aside.” That was when Lingle decided to run against him.

“I had no desire to be in politics but an issue came up when I was living in Molokai that bothered me,” Lingle said.

She was 27 years old when she became a member of the Maui City Council.

“I was lucky because of the Molokai Free Press Newspaper,” Lingle said. “Everybody knew me because I covered local news.”

Even though she was never thought of as a politician, her community felt like they knew her, which helped win her position.

Being a former journalist made her more open to speaking with the press and getting her opinion out to the masses.

“It gave me a leg up with the press overall,” Lingle said.

She saw the press as a way to reach the people she represented.  Because of her tie to journalists, she felt they were fair in their reporting of her, Lingle said.

After serving 10 years in the Maui Council and being termed out, Lingle decided to run for mayor of Maui in 1991, eventually becoming the youngest woman to hold that office in Maui. Being mayor helped her gain leadership skills that she would later need as governor.

“When I was going to make the transition to try to run for governor, it was a new set of issues, so I had to work hard to get up to speed,” Lingle said. “I was already experienced in dealing with very difficult decisions. I think people who become mayor or governor for the very first time often are faced with some very tough decisions and in the end you by yourself have to stand there and take the good and the bad that come from the decision.”

While she was mayor, the rest of Hawaii had a 6.2 percent unemployment rate in mid-2002, according a Honolulu Star Bulletin article. Lingle felt the city of Maui was doing better than the state as a whole. She knew that her reputation as a strong leader would benefit the state. As a result, she decided to run for governor and was elected in 2002, becoming the first female and first Jewish governor of Hawaii.

“I felt that the experience I had gained and the ability I had to make a difference in my community really could help at the state level.”

Similar to the reason why she ran for governor, Lingle decided to come back to CSUN and teach when she was invited back by the provost and the vice president of academic affairs, Harry Hellenbrand. She had kept in touch with CSUN and when she gave the convocation speech last year, she was approached to teach a course in political science.

“I started to think about it and started to get really excited of the possibility of bringing my experience of public policy to students,” Lingle said.

Lingle’s intention is to make a difference in the lives of students by sharing her experiences in public service with them.

Her goal is to have graduates walk out with “the confidence and the ability to walk into any public policy setting and be a contributing member.”

Lingle’s colleagues are just as excited to have her back on campus, providing students motivation in their career choices.

“I think it is great that she is coming to teach, she will provide her first-hand experience and training to students about the public policy world,” said Professor Jason Morin, a political science professor at CSUN. “She will be a role model to students as a CSUN alum who was able to enter into public policy from her experience on this campus.”