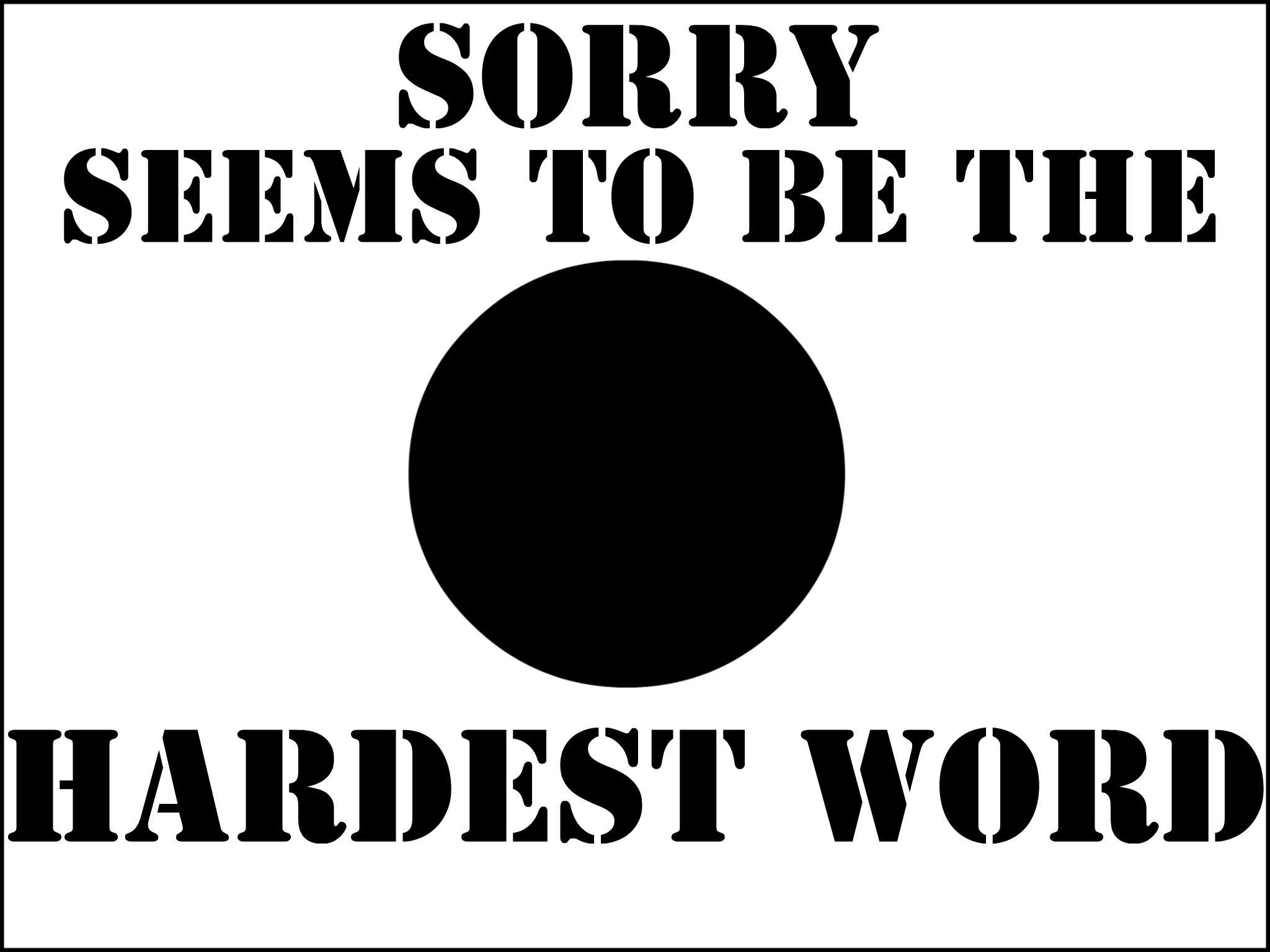 Calvin Ratana
America Needs to Apologize
War is never a pretty picture. As countries fight each other, atrocities are committed by both sides for the sake of achieving victory. These wars are then written in history by the victor.

No one can deny the fact that the Japanese Imperial Army had committed various atrocities. Too many victims and eyewitness accounts have come forward detailing what happened during the Pacific Theater.

These claims are upsetting officials in America, South Korea and China.

However, Hyakuta brings up an important point: while Japan should be held responsible for its war crimes, America shouldn’t be free of punishment.

The people within the blast radius either died instantly or were crushed by the buildings they were in. Those who survived the blast died from internal injuries, extreme burns or diseases developed from overexposure to radiation.

To this day there is much debate over the ethics of nuking two cities in Japan. Was it really a military necessity to end the war by nuking Japan? All throughout high school, we were taught that World War II finally came to an end with a show of extreme force.

But we were never taught to question the morality of nuking Japan. To us, Japan was an atrocious war machine bent on dominating the world. In the face of such a relentless opponent, no force was excessive.

And so with the end of the war, America came out victorious and wrote history. We framed the bombings necessary. And so, we forget what we did to the Japanese.

Aside from bombing two cities to hell, the US had also firebombed Tokyo and Osaka. Those fire bombings caused an estimated 100,000 deaths and another 100,000 injured, according to the History Learning Site.

Former President Dwight Eisenhower stated that “The Japanese were ready to surrender and it wasn’t necessary to hit them with that awful thing.”

Admiral William Leahy, the highest ranking member of the US military during World War II wrote that using the “barbarous weapons” on Hiroshima and Nagasaki did not assist in helping the Japanese surrender.

However, then-President Harry Truman gave the excuse that bombing Japan would save an estimated 1 million lives of US servicemen who were going to invade Japan.

What we weren’t taught was that Japan was already trying to find ways to surrender before the bombings occured.

However, America did not just commit war crimes overseas. In an act of fear and blatant racism, America committed a war crime on its own people on Feb. 19, 1942. The US government issued an order to intern over 110,000 Japanese-Americans. Japanese-Americans were forced to pick up their lives and forcibly moved to isolated areas throughout America.

When they were finally released, Japanese-Americans had little to return to. Many of their homes were sold off. Japanese Americans had to deal with the fact that they were alienated by the country they called home.

It wasn’t until 1988 that the US government finally recognized the wrongful internment of Japanese-Americans and issued a formal apology and redress for what happened.

All sides of war must be considered. While Hyakuta’s claims are brazen, it isn’t right for us to be outraged when we still refuse to recognize what America did. Both sides of the war must put aside their differences, recognize what happened and finally come to peace with our history.

Japan needs to apologize
Naoki Hyakuta, a new board member of the Japan Broadcasting Corp. or commonly known as the NHK, is yet another Japanese official who is jumping onto a trend among some Japanese officials that denies or revises Japan’s World War II crimes.

Hyakuta recently denied that the Japanese army had ever committed war crimes during World War II according to TIME. On top of that, Hyakuta claims that the Nanjing massacre of 1937 never occurred. He condemned the post-war trial of Japanese soldiers as an American fabrication to draw attention away from the war crimes the US had committed in Japan such as the mass firebombings of Tokyo and nuking of Hiroshima and Nagasaki.

Hyakuta’s colleague, new chairman of NHK Katsuto Momii, called out the fact that only Japan was being unfairly singled out for using comfort women before and during World War II. Momii stated that comfort women were used by every country that fought in the war.

These claims are outrageous. These war crimes happened, and yet after 60 years, there are those in Japan who has yet to truly acknowledge and apologize for what had happened during the war.

According to the Japan Policy Research Institute, the estimated number of women forced to serve as “comfort women” ranged between 50,000 and 200,000 with the vast majority being Korean.

Japan has apologized many times in public and offered private compensation to the comfort women in South Korea over the years. One notable apology was the landmark 1993 statement by the Chief Cabinet Secretary Yohei Kono who admitted Japan’s responsibility over military brothels, according to the CBS News.

Some Japanese nationalists even claim that there is no apparent evidence to show that the military or government systematically used compulsion to recruit comfort women, although many comfort women have already testified, as stated by CBS News.

Forcing women into prostitution during the war violated human rights because they lost their freedom. As a sex slave, their youth is wasted and their lives are full of shame, torture and humiliation.

Kim Gun-ja, 89, was one of the former comfort women compelled to serve the Japanese soldiers as a sex slave.

Gun-ja was supposed to get married and start a family. Yet, because of the Japanese military’s lust, she couldn’t even have an ordinary life.

Today, there are only 55 women in South Korea who registered with the government as former sex slaves from the war, but they are almost 90 years old.  If the Japanese continue to avoid addressing this issue, then no one would take the lead in striving for the compensation for sexual slavery because the remaining former comfort women might be gone soon.

Hyakuta also asserted that the Nanjing massacre was a fabrication by the United States, thereby concealing American atrocities.

Many historians recently estimated the number of deaths from the Nanking Massacre ranging from 200,000 to 300,000 according to an online documentary of the Nanjing atrocities.

Although the estimates may not be accurate, it couldn’t change the fact that the Japanese military committed undeniable atrocities in Nanjing no matter how many casualties.

Kaikosha, a Japanese veterans’ organization, asked more than 17,500 members for information associated with the battle of Nanjing, and it received an increasing body of evidence that incriminated the Japanese troops, as stated in the documentary.

To have a true apology, it is hoped that all the Japanese will admit their war crimes and provide enough remedies to the remaining victims of WWII in the foreseeable future.