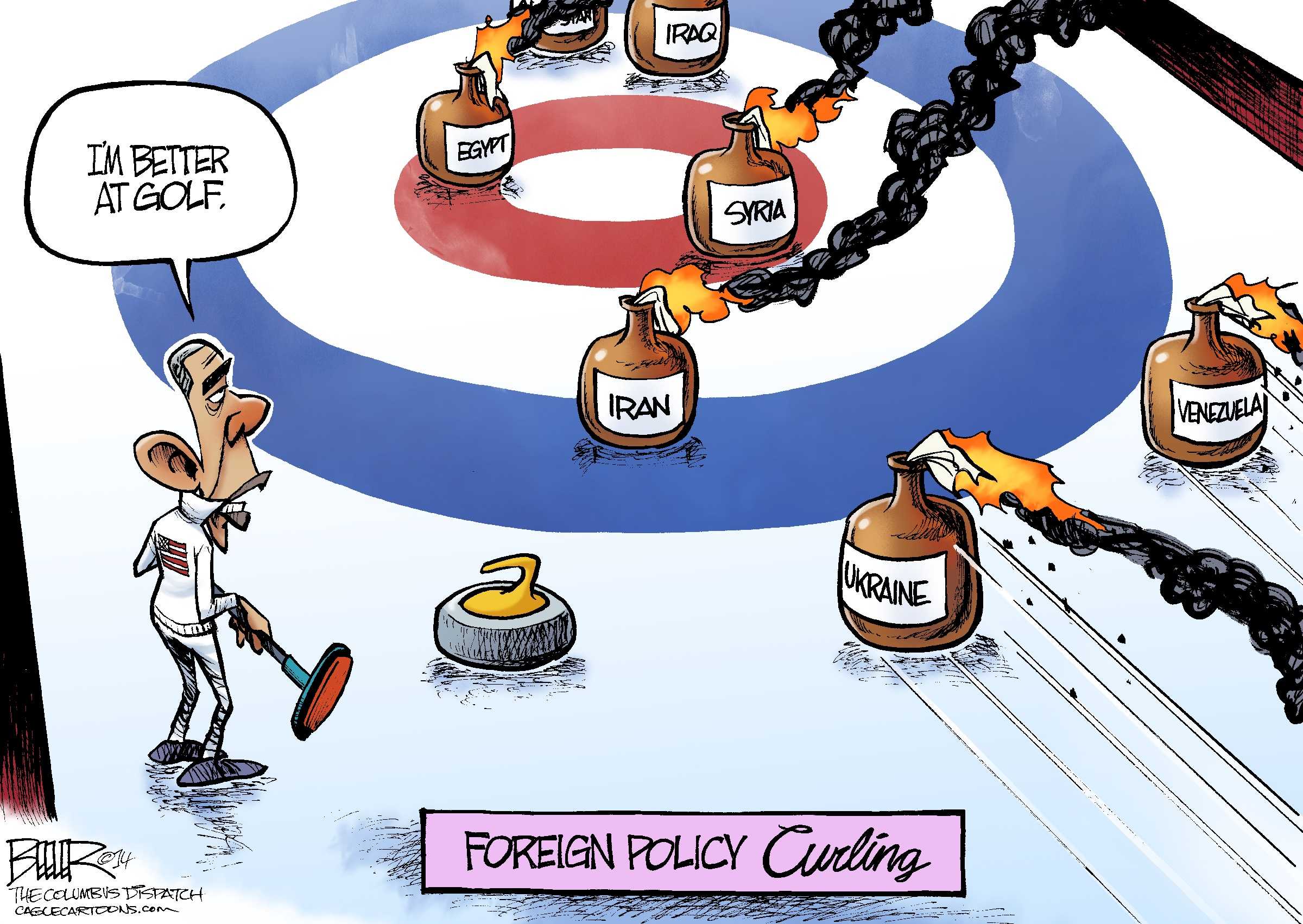 Venezuelan President Nicolas Maduro is anti-democratic and the protesters are facists. Those are the words being thrown around by both sides in the hazy situation that is happening in Venezuela.

To put the situation into context, there are massive protests happening around Venezuela that were, until recently, led by opposition leader Leopoldo Lopez, who had recently turned himself in for arrest.

The protesters are mostly comprised of the young – middle class, high school and college students. These youth believe that the government in Venezuela is anti-democratic and seek to topple Maduro and install a new democratic government.

On the government’s side, officials are saying that Maduro and his predecessor, Hugo Chavez, were democratically elected. The government is blaming the violence happening in Venezuela on Lopez and the opposition.

But who’s to say who is right in this situation? Naturally, we as American citizens would side with the opposition. Protesting in the name of democracy is what we stand for. We think democracy good, everything else bad.

But guess what. Maduro was elected democratically. Last Sunday, the Mercosur governments (Brazil, Argentina, Uruguay, and Venezuela) released a statement stating that they support the Venezuelan government and stand against the opposition.

“Their firm commitment to the full observance of democratic institutions and, in this context, [they] reject the criminal actions of violent groups that want to spread intolerance and hatred in the Bolivarian Republic of Venezuela as a political tool.”

But America is on the other side of the teeter-totter. The US government has been subtle about their stance, but it can be seen clearly when US Secretary of State John Kerry released this statement on Feb. 15:

“We are particularly alarmed by reports that the Venezuelan government has arrested or detained scores of anti-government protesters and issued an arrest warrant for opposition leader Leopoldo Lopez. These actions have a chilling effect on citizens’ rights to express their grievances peacefully.”

Even though we should be involved with our international community, there is no justifiable reason for America to put its hand into this cookie jar. What I’m asking is for the US government to pull out its support for the Venezuelan opposition. America, you are on the wrong side of the fence this time. You are supporting to topple a government that was elected democratically.

Last year in April, Maduro had won the elections with 50.6 percent of the votes while his opponent, Henrique Capriles Radonski, had only 49.7. It was a slim win for Maduro.

However the US government had failed to recognize Maduro’s victory and government. According to the Center for Economic and Policy Research (CEPR), the Obama administration demanded a recount of the vote. Spain, America’s largest supporter of the recount, pulled out shortly after America demanded for a recount and recognized Maduro’s victory. This left America as an outlier when it came to recognizing Venezuela’s government.

But why would America be vested in toppling and not recognizing the government in Venezuela? Simply put, Maduro is a socialist. Maduro is a party member of the United Socialist Party of Venezuela (PSUV). Maduro’s opponent, Radonski was a member of the unified M.U.D. (Table for United Democracy). In our world, the socialist is always bad.

America supporting the anti-government opposition is not America’s first time. Back in 2002 the US government had openly opposed Venezuela’s government. According to CEPR, the US backed the 2002 military coup in Venezuela.

And now, in 2014, the US government takes the side of the opposition. Clearly, America has an agenda for “regime change” in Venezuela.

According to the Venezuelan Analysis, there is $5 million in the 2014 US federal budget for funding opposition forces inside Venezuela. But this wasn’t the only time that the US government had provided cash to opposition in Venezuela. The People’s World found that through the United States Agency for International Development (USAID), the US government gave financial aid to various organizations that were anti-Chavez, which funded the attempted coup during that time.

Know this, Chavez and Maduro’s government works. A graph compiled by The World Bank shows that in 2004, the poverty rate in Venezeula was at 53 percent. By 2012, under Maduro and Chavez, poverty had dropped to 25 percent. Extreme poverty levels have dropped by 70 percent. College enrollment has doubled and millions of people now have access to health care for the first time.

Given these figures, it would make sense as to why the people of Venezuela would re-elect leaders who move their country forward. I’m not saying that things in Venezuela are all happy and dandy. I don’t even live there!

There’s always problems in every country, America and Venezuela included. However, America should stop supporting the opposition in Venezuela. America obviously has a vested interest for regime change in Venezuela. However for the American public, once more news of Venezuela spreads, pick your side wisely instead of choosing to blindly side with “democracy.”