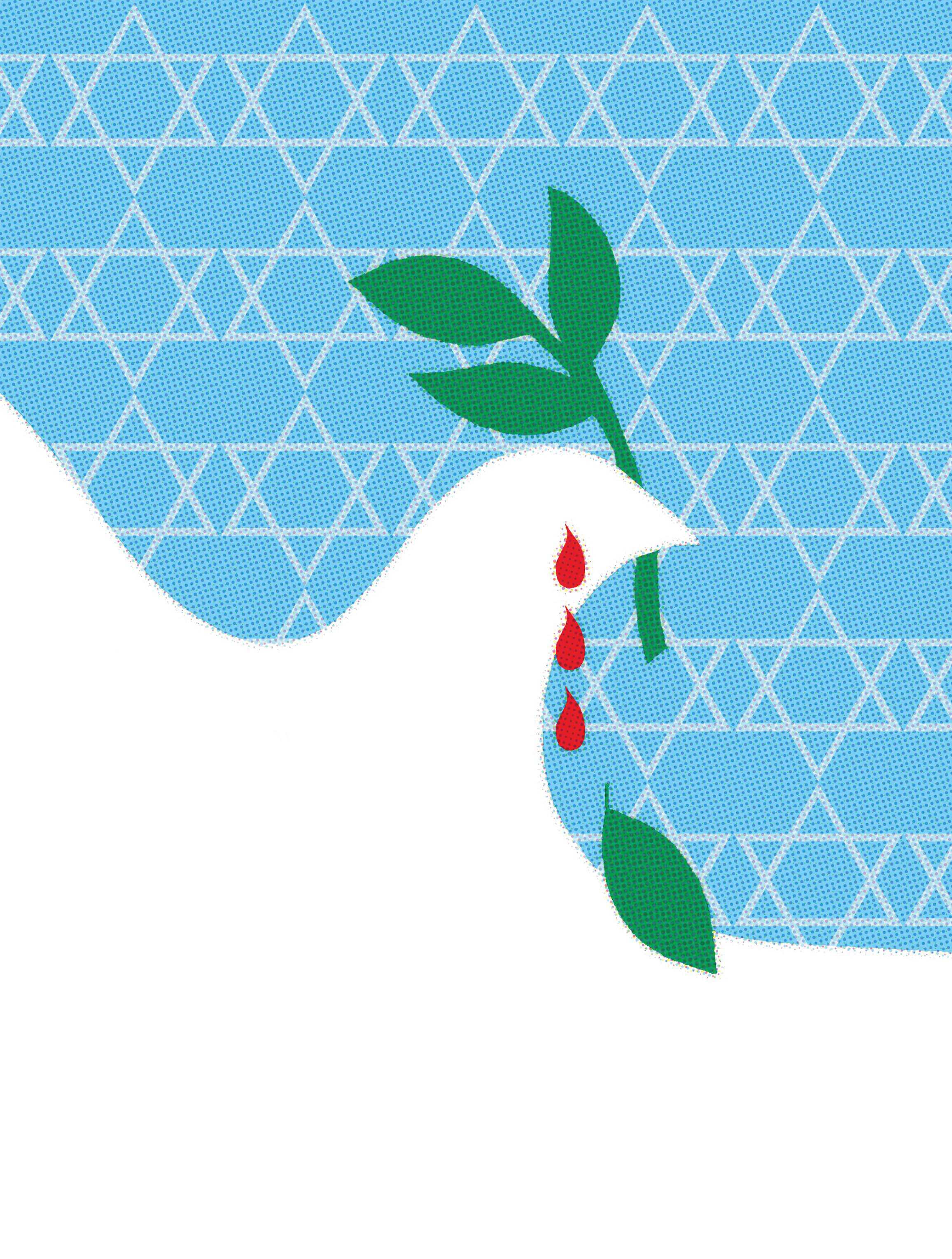 The great civil rights leaders Nelson Mandela and Archbishop Desmond Tutu were instrumental in dismantling the apartheid regime in South Africa.  The system of racist laws in South Africa collapsed by 1994, but the international crime of apartheid still continues in the state of Israel. Nelson Mandela, once famously said, “we know too well that our freedom is incomplete without the freedom of the Palestinians.”  And Nobel Peace Prize Laureate, Desmond Tutu wrote in 2002:

“I’ve been very deeply distressed in my visit to the Holy Land; it reminded me so much of what happened to us black people in South Africa. I have seen the humiliation of the Palestinians at checkpoints and roadblocks, suffering like us when young white police officers prevented us from moving about.”

The ideology behind anti-Arab racism in Israel is Zionism.  Zionism calls for a Jewish state and Israel defines Jewishness, in part, in genetic terms.  A person is legally Jewish if his or her mother is Jewish, regardless of place of birth or religious belief.  Since its founding in 1948, Israel has been engaged in a program of ethnic cleansing, reminiscent of the ethnic cleansing carried out by the United States against Native Americans.  This includes expulsion of the Palestinian population, military occupation, and mass murder, all with U.S. financial and political support.  Israel is the largest recipient of U.S. aid in the world.

As with Apartheid South Africa, Israel has a body of racist laws and policies that systematically discriminate against the indigenous population, including  segregated buses and roads, racist marriage laws, and laws that allow arrest and detention of Palestinians without charge.  TheCommunities Acceptance Law in Israel permits small, exclusively Jewish towns to reject applicants for residency on the on the basis of race. Freedom of movement, social services, and educational opportunities are severely restricted for non Jewish populations.  Impoverished African refugees have also been victimized.  The Israeli Prime Minister described African refugees in Israel as a “a concrete threat to the Jewish and democratic character of the country.” Their treatment in Israel, motivated by the ideology of racial purity, has been brutal.

Boycott, Divestment, and Sanctions, or BDS, are non violent strategies that have been variously employed by Mahatma Ghandi, Martin Luther King, and Cesar Chavez. BDS actions on a global scale helped to bring an end to South African Apartheid, and now there is a growing BDS movement aimed at achieving justice for the Palestinian people.   In 2004, Desmond Tutu wrote:

“The end of apartheid stands as one of the crowning accomplishments of the past century, but we would not have succeeded without the help of international pressure — in particular the divestment movement of the 1980s. Over the past six months, a similar movement has taken shape, this time aiming at an end to the Israeli occupation.”

In 2005 Palestinian civil society issued a call for BDS until Israel complies with international law and universal principles of human rights.  The world responded.  Leaders of the BDS actions include Jews, Palestinians, and Nobel Peace Prize Laureates. One strand of the BDS strategy is the academic boycott of Israel.  The academic boycott does not violate academic freedoms of individual scholars. It targets Israeli academic institutions.  Israeli universities have been complicit in the apartheid system and are an integral part of it.

Physicist Stephen Hawking supported the boycott when he withdrew from a conference in Israel last year.  Nearly a thousand U.S. professors, including more than 30 from CSUN, have endorsed the mission statement of the U.S. Campaign for the Academic and Cultural Boycott of Israel (USACBI).   Hundreds of artists, poets, musicians, and writers have also endorsed the mission statement. Ilan Pappe, a Jewish Israeli and professor of history, and author Barbara Ehrenreich, both invited speakers at CSUN, have endorsed.  Desmond Tutu and Ilan Pappe serve on the Board of Advisors of USACBI, along with other distinguished members.  Code Pink and the Green Party of the United States are among the more than 50 organizational endorsers.

More than 150 University presidents have denounced the ASA resolution and the academic boycott, charging falsely that it restricts academic freedoms of individual scholars.   CSUN President Harrison posted a statement on her CSUN webpage endorsing CSU Chancellor White’s CSU web statement in which he said,

“The California State University denounces the resolution calling for an academic boycott of the higher education institutions in Israel, which was issued by the American Studies Association and has been supported by other organizations. Academic boycotts violate the basic tenets of higher education including academic freedom and scholarly dialog.”

Drs. Harrison and White make no mention of academic freedoms denied to Palestinians.  Those freedoms have been crushed repeatedly by Israel.  Palestinian students and scholars are denied academic freedom in countless ways.  Perhaps the starkest examples are the bombingsof half of the schools in Gaza, including eight kindergartens and the University of Gaza, by Israel in 2009.

Birzeit University, a leading Palestinian university, has been closed by Israel 15 times, with the longest closure lasting more than four years. Since 2003, at least 480 Birzeit University students have been held in Israeli prisons, many without charge.  Students have suffered travel restrictions and even torture.  Former president of Birzeit University, Dr. Hanna Nasir, in the course of his duties was handcuffed, blindfolded, and deported for 19 years by Israel. He was never charged with a crime or given an explanation, and was forced to serve as university president in exile.

If academic freedom is the real concern of Chancellor White and President Harrison, then surely they will find time to post statements on their webpages denouncing violations of academic freedom for Palestinians, rather than denouncing organizations that promote those civil rights.

David Klein is a professor of mathematics and the faculty advisor for CSUN Students for Justice in Palestine.  He is also a member of the Organizing Collective of USACBI. More information about BDS is available from his webpage: www.csun.edu/~vcmth00m/boycott.html