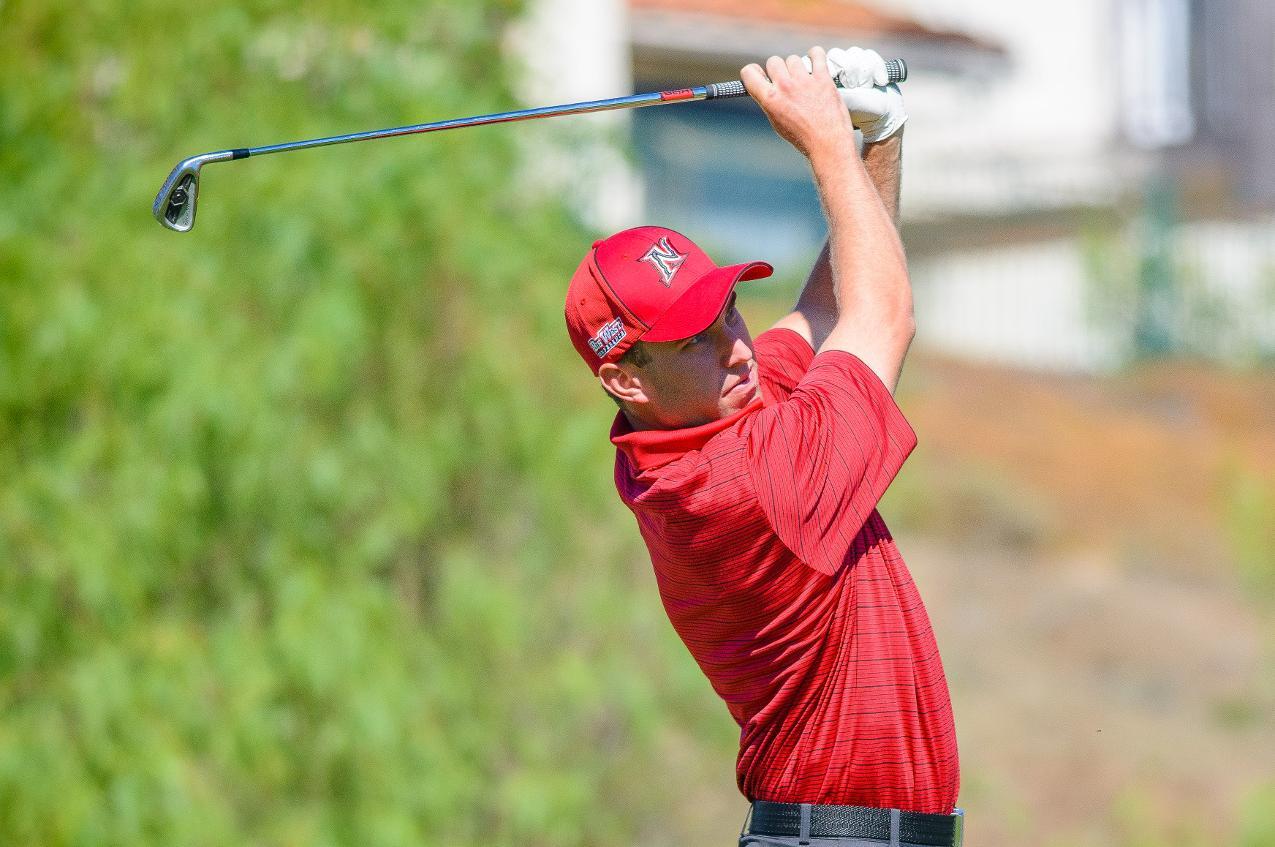 After a tough first day at the Jones Invitational, the Matadors failed to improve on day two as they fell to 12th and last place at the Saticoy Country Club in Somis on Tuesday.

After improving their team score from a total number of strokes of 321 in the first round to 310 in the second round, CSUN shot a 316 collectively and finished 13 strokes behind the 11th place Lipscomb Bisons.

Senior Ryan Green finished the tournament as the Matadors’ best performer, finishing with a stroke total of 232 which was good enough to finish tied for 33rd.  Green stroked a 76 and 74 on Monday to finish tied for 16th with 150, only seven strokes behind the leader.  However, Green shot an 82 in the third round Tuesday, dropping him 17 places in the final standings.

Teammate senior Kyler Sauer was the only other Matador to finish in the top-40, recording a 78 in the third round for a total of 234.  Sauer tied for 39th, moving up one spot from day one of the tournament.

The San Diego State Aztecs eclipsed the No. 24 USC Trojans to take the tournament by a single stroke, finishing the tournament with a total of 881 strokes and one ahead of the Trojans’ total of 882.  The Aztecs came from a small deficit to shoot five strokes better than USC in the third round to complete their comeback.  Four Aztecs finished in the top-10 in the individual standings.

USC junior Anthony Paolucci won the tournament championship finishing with a total of 216 strokes, one ahead of San Diego State’s Riccardo Michelini.

Three Matadors finished in the bottom 13 places.  Junior Aden Louez improved on Tuesday, stroking a 75 to finish with a total of 239, good for a tie at 52nd place.

The last place finish was CSUN’s first time finishing at the bottom of a tournament since finishing 11th at the Bill Cullum Invitational at the Wood Ranch Country Club in Simi Valley on Oct. 21.

CSUN will seek it’s best finish since finishing fourth at the Anteater Invitational at the Costa Mesa Country Club in Costa Mesa, CA when they tee off again in the Del Walker Classic at the Virginia Country Club in Long Beach, hosted by the Long Beach State 49ers.  CSUN will face a lighter lineup as they will not face a ranked team and only three Big West opponents.

The Matadors have four tournaments left before the Big West Championship April 27-28 in San Jacinto, CA.