Russia proves themselves a worthy host for Winter Olympics 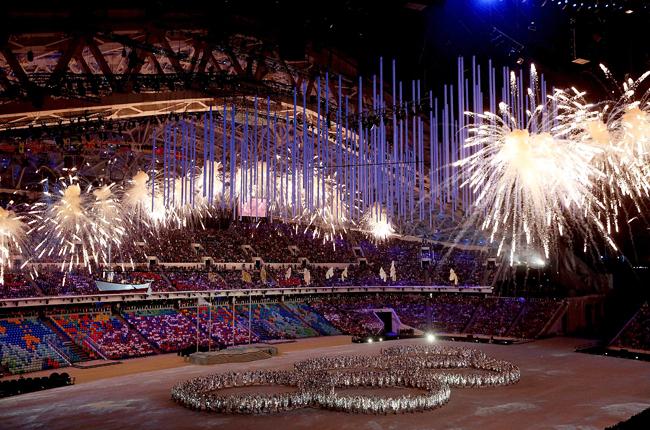 The most prestigious sporting event of all time has once again come and gone in a flash.

The 2014 Winter Olympic Games in Sochi, Russia were officially closed Sunday after two-weeks of the top athletes in the world competing against each other for what some consider the greatest trophy ever, a gold medal.

Olympic athletes dream of nothing more than the ability to stand on the podium while listening to their national anthem with gold around their necks.

As typical in sports, teams that play at home and in front of their home crowd tend to have an advantage that speaks undeniably incomprehensible volumes.

Team Russia was able to ride that emotional wave from the crowd, and it showed through their medals. They won the most medals, 33, and gold medals, 13, of any country.

There were two athletes who benefited most from the cheers of the home crowd, figure skater Adelina Sotnikova, and bobsled driver Alexander Zubkov.

Sotnikova was not expected to contend for a medal, but wowed the crowd and judges during her second run to win the gold. She beat out Russian favorite 15-year old Yulia Lipnitskaya, and overall favorite Kim Yu-Na of South Korea.

For the men’s bobsled, Zubkov went 2-for-2 by winning gold in the 2-man and 4-man competition becoming the sixth man to sweep these events. Zubkov came out of a brief retirement after winning silver in the Vancouver games to capture his first ever gold medal.

As in the past few Olympic games, summer or winter, we have seen the home country become a fierce competitor. The 2012 Summer Games in London, England, Great Britain won its most medals in a single Olympic games, 65. Two years prior, Canada won 26 total medals including 14 gold to lead all countries in the 2010 Vancouver games, and China won the second most medals in 2008 in Beijing with 100 and blew everyone out of the water by winning 51 gold medals.

The men’s snowboarding team failed to medal in the halfpipe event for the first time since it was introduced to the games, as heavy favorite Shaun White unexpectedly lost.

Despite a brand new state of the art uniform made by Under Armour, USA won only one medal in speed skating, men’s or women’s. That lonesome medal was a silver in the Men’s Short-track Speedskating 5000m relay.

The Speedskating team was hopeful they could win a few pieces of hardware on the legs of two-time gold medal winner Shani Davis, and even short-track favorite J.R Celski. However, sports are unpredictable and things did not pan out for team USA the way they hoped.

Both the men’s and women’s hockey teams were favorites for gold missed out due to the hands of Canada. The men failed to medal after losing to Canada in the quarterfinals 1-0, and were then shell-shocked by Finland 5-0 in the bronze medal game.

The women suffered a heartbreaking overtime loss 3-2 in the gold medal match. After holding onto a 2-0, they watched their lead slip away in the final three and a half minutes and would eventually lose in overtime. The women won silver while the men won nothing.

As luck would have it, USA would win some big medals during the second half of the winter games. Ted Ligety won gold in Alpine skiing in the men’s Giant Slalom, while first-time Olympian Mikaela Shiffrin, 18, took the gold in the women’s Slalom.

With all the fear of terrorism before the games started, and the ridiculous pictures of the living accommodations, the 2014 Winter Olympic Games from Sochi turned out to be a solid venue to watch the greatest athletes in the world perform.

These games had everything that comes along with the territory of good competition. There were ups and down, tears of joy and failure, upsets, repeats, and everything else one could ask for in a sporting event of this magnitude. Russia’s host playing to the world was warm, and opened up their doors to show who they really are.