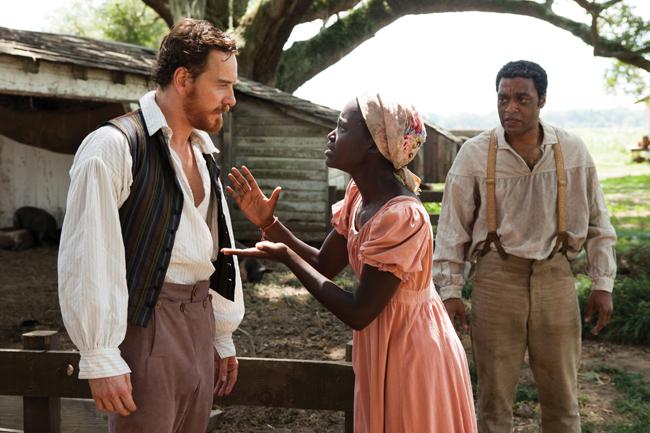 The Oscar season is over and now that everyone has had a chance to see all the heavy-hitting contenders, we get to sit back and see who takes home a golden statue on March 2. This year was a tough one, considering who came out on top in their respective category, but a little competition never hurt anybody. Here’s a list of who has the best chance at taking over Tinseltown, and who got left in the dust.

No movie in recent memory (forget “Django Unchained”) has depicted such a dark time in history with such honesty and unflinching brutality. The film is a tough but necessary watch that also serves as a showcase for its talent on and off the screen. “12 Years A Slave” not only deserves best picture, it was practically made for the category.

Potential upset: There’s a couple here that have the potential to upend “12 Years A Slave.” The first is the aimless mess of characters that made up “American Hustle.” For some odd reason this is the movie no one seemed to be able to shut up about, but the critics loved it and it made money, which can sometimes translate into Oscar gold. “Gravity,” the sci-fi survival pic, is also a heavy favorite and could end up winning the top spot if voters decide to go with an audience darling.

Talk about a career comeback—looking at McConaughey five years ago and McConaughey now, you’d swear it was an entirely different actor. The man has essentially thrown away his rom-com career in favor of one that gives us works of art such as HBO’s “True Detective” and now his inspired portrayal as AIDS patient Ron Woodroof in “Dallas Buyers Club.” Just give the man his Oscar already.

Potential upset: Leonardo Dicaprio may soon be holding his equivalent of the holy grail if voters decide to finally end his suffering. The man has been nominated five times without a win (three more and he’ll tie the record). Though McConaughey may have him beat this time around, Dicaprio’s performance in “The Wolf of Wall Street” was funny, disgusting and insightful all at the same time, which is usually more than enough to garner a win…usually.

Ok, so Woody Allen is on half the world’s shit list right now, but that shouldn’t take away from Cate Blanchett’s tragically funny performance in “Blue Jasmine.” She embodies the Blanche DuBois-inspired character, Jasmine, who must pick up the pieces after her corrupt husband gets indicted. Blanchett has time and time again proven that she’s a true ace who wholeheartedly deserves the gold this year.

Potential upset:  There were a lot of great performances this year, so any one of these actresses have a chance to pull an upset. Sandra Bullock could pull it off with her notable one-woman-show in “Gravity,” not to mention Judi Dench’s wonderfully warm performance in “Philomena.” Meryl Streep also turned in something special, though the movie around her, “August: Osage County,” was a mess. The real dark horse here is Amy Adams for “American Hustle.” She was the only character on-screen that you weirdly seemed to root for. It’s sufficient to say this race could get interesting.

It’s funny, every couple of years Jared Leto will show up and give a great performance (see: “Requiem For A Dream,” “Panic Room,” or “Lord of War”), now he’s done something extraordinary with “Dallas Buyers Club.” He took a part that could have easily gone wrong, and turned it into a heartbreakingly, poignant piece of bravura. Essentially, the Oscar is his to lose.

Potential upset: Michael Fassbender is already one of the finest actors of our generation, but when coupled with director Steve McQueen he becomes something else entirely—something unique. In “12 Years A Slave,” Fassbender gives depth and universality to a character that on the surface could come across as nothing more than a vile monster. If anyone has the potential to knock out Leto for the win, count on Fassbender.

This is no doubt a stacked race for best supporting actress, but if you’re going to place a bet, bet on newcomer Lupita Nyong’o who plays a difficult role in “12 Years A Slave” with grace and heart. As director Steve McQueen recently put it, a star is born.

Potential upset: Don’t be surprised if the academy decides to play it safe and hand it over to Jennifer Lawrence for her turn in “American Hustle.” Playing a character obviously too old for her, Lawrence still manages to make us believe, which has to count for something. We’re not saying she doesn’t deserve it—just not this year.

This man for the last few years has been a loud blip on the radar of film buffs everywhere. He proved his skill as a storyteller with unflinching nerves on films like “Hunger” and “Shame,” but with “12 Years A Slave” he goes head first into a dark, difficult place and comes out triumphant.  He’s a true visionary who may finally get the recognition he deserves.

Potential upset: Alfonso Cuarón is one of those rare, gifted filmmakers that everyone seems to forget about. That is until this year when he gave the world his sci-fi hit “Gravity.” Cuarón showed us exactly what he was capable of back in 2004, when he made everyone pay attention to the “Harry Potter” franchise with “Harry Potter and the Prisoner of Azkaban,” then blew us all away with the 2006 dystopian masterpiece “Children of Men.” The man has paid his dues and the academy may feel the same.

Film – “The Place Beyond The Pines” wasn’t shaking up everyone’s top ten lists, but this was a daringly made drama that might have shied those away not willing to give into it’s structure. It also doesn’t help that it was released in April. “The Way, Way Back” was another overlooked gem, mainly due to the same issue of release timing, but also had the added bonus of being a comedy (which for some reason the academy seems to ignore entirely – what’s up with that?).

Actor – Joaquin Phoenix definitely didn’t make any friends with his comments on the Oscars last year (though he later rescinded those sentiments—sorta), but his portrayal as the lonely and fractured Theodore Twombly in the romantic drama “Her,” once again proves that he is one of the most dynamic actors working today. Tom Hanks and Hugh Jackman were also kicked to the curb considering that both actors gave top-tier performances in “Captain Phillips” and “Prisoners,” respectively.

Actress – Allison Janney in “The Way, Way Back” anyone? My god, the woman single-handedly stole the show, which is surprising considering that movie was stacked with strong performances all around, a great script and fun direction from first-time helmers Nat Faxon and Jim Rash. Come to think of it, this movie was overlooked entirely. Carey Mulligan also got the short end with having to be the standout in a frantically oblivious retelling of “The Great Gatsby.”