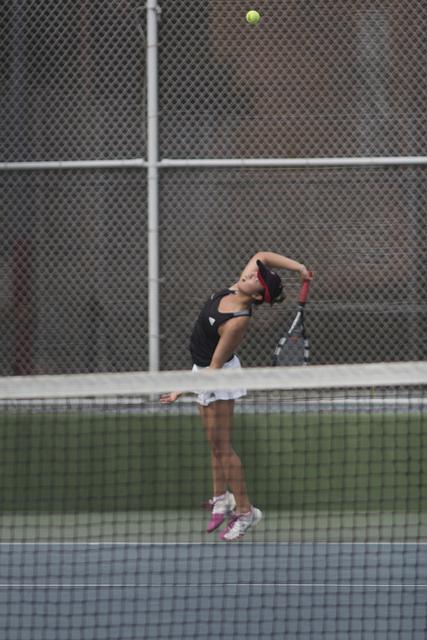 Freshman Vivian Lin has continued to excel in her first year at CSUN, and has been rewarded with her second Big West Women’s Tennis Athlete of the Week award of the season.

Lin also teamed up with junior Criss Rodriguez in the No. 1 doubles draw to defeat Long Beach State’s  top duo 8-3 to give them just their fourth loss on the season.

Lin has been perfect in singles play in Big West matches (3-0), and has defeated two upperclassmen in the No. 1 singles draw on Jan. 26 against Air Force and on Feb. 15 against UC Riverside.

Lin won her first career Big West Tennis Athlete of the Week award on Jan. 29 after winning her first four collegiate tennis matches in doubles and singles victories over the Westmont Warriors and the Air Force Falcons.