All eyes on the 2014 F1 season following changes 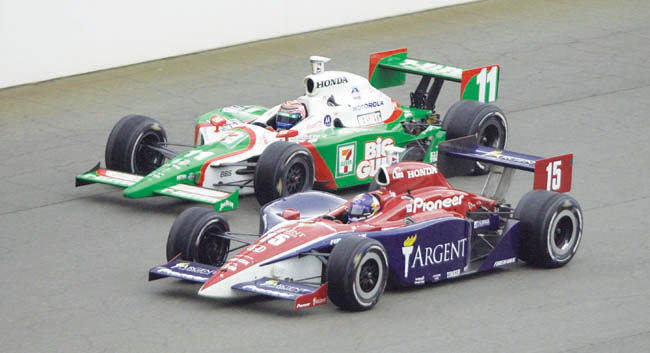 The countdown has begun for the new 2014 Formula One season. With less than a month left before the proverbial flag is dropped for the Australian Grand Prix in Melbourne this coming March, the anticipation is building for F1 fans all over the world and there is sure to be a lot to look forward to… unless, apparently, if you’re a driver.

For most of us, being a driver in Formula One is right up there with being an astronaut or fighter jet test pilot; a fantasy that started as a kid, but never really left the posters on our walls. A life of living fast, driving faster and being paid very, very well to do so. According to last year’s salary figures, drivers earn, on average, about $4.8 million dollars per season. So, what, you might ask, do these men of steel and carbon fiber have to complain about? Their answer: the racing game has changed.

New regulations and other changes in the 2014 season have caused some concerns about the sport. Let’s start with the elephant in the room: the engine. If you haven’t been keeping up with the hoopla, this season pushes aside the 2.4 litre naturally-aspirated V8 for a 1.6 litre, turbocharged V6 . This new engine, though smaller, provides more torque and, with the addition of two Energy Recovery Systems (ERS) is capable of producing equal to greater horsepower than engines from the 2013 season.

This new hybrid system, which provides the advantages of a turbo on a lighter engine while eliminating the ever-feared “turbo lag”, is part of the FIA’s (Fédération Internationale de l’Automobile), F1’s governing body, initiative to make the sport more “green”. The new engines, combined with per-race fuel limitations, harder, longer lasting tires, and a slew of other regulations will, according to the FIA, increase fuel efficiency by as much as 35 percent.

But it’s not the fuel efficiency some drivers have a problem with; it’s the fundamental change to the nature of the sport that these many individual changes, when combined, will make. Previously, there was no fuel limitation. While teams always strive to not use any more fuel than they need, the logic then was about reducing pit stops, not ensuring they have enough to cross the finish line.

The new tires are also another point of contention. After the PR disaster Pirelli faced last year over numerous blowouts, they are, once again, in the cross-hairs of the drivers. Team Sauber’s Adrian Sutil’s experience with them during the test runs at Jerez earlier this month was less than favorable.

“The (tires) are just too hard. I don’t understand why they have to be so conservative. I think we can at least have a tyre with decent grip situation.”

Even Nico Rosberg, who has been a more positive voice amidst the caterwauling of other drivers and fans, isn’t a fan of the new Pirellis.

“The (tires) wouldn’t come up to temperature and we were going so slow,” Rosberg said. ”I would like to go faster than last year – but that is not going to be the case. That’s a bit of a downside in 2014.”

Still, Pirelli stands by their tires, assuring that it’s just a matter of drivers’ unfamiliarity with the new tires and cars, citing that “teams are likely to improve their performance and understanding of the car-tyre package still further in the test to come”.

But Sebastian Vettel, driving for Team Red Bull, seems to have it figured out and his explanation is that the drivers will need to adapt like they always do.

“It’s a new car, and it will feel different,” Vettel said. “Of course, if you drive it the way you drove it last year, in the race for example, you won’t see the chequered flag.”

That is the hurdle being faced by the cars and their drivers this coming season. With all of the changes made, it’s hard to pinpoint one particular change as the culprit in the across the board increases in lap times in the pre-season testing as compared to last year.

This year promises an interesting season in Formula One for everyone; from the fans to the drivers. Let’s just hope it’s interesting for the right reasons.