Baseball: Pitching let down by offense in 3-1 loss at CSUB 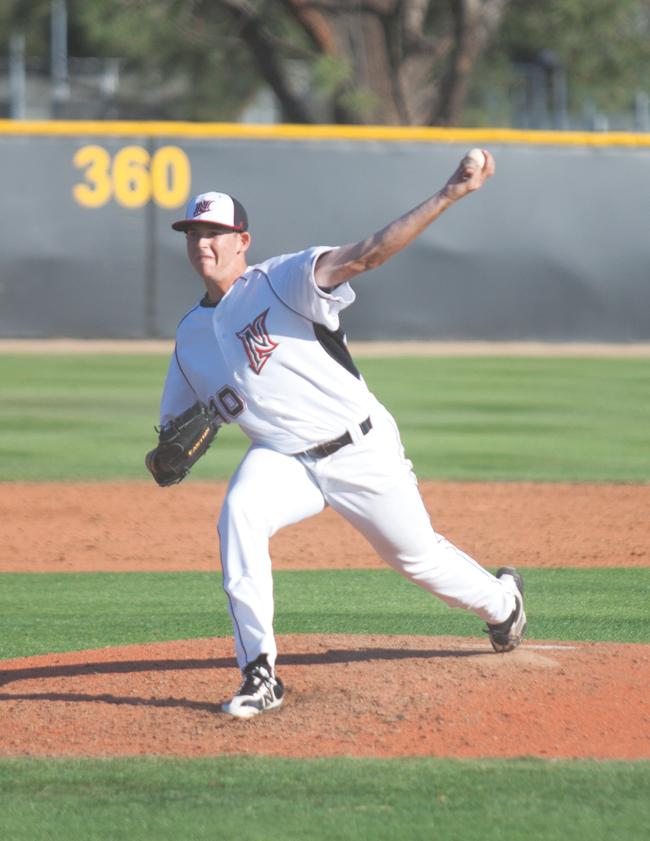 After escaping with two wins in a rain-soaked weekend series with the visiting Washington State Cougars, the Matadors (6-6) traveled to Bakersfield and left with a 3-1 loss to the Cal State Bakersfield Roadrunners (5-7) at Hardt Field on Tuesday.

Northridge was cruising behind a one-run lead and sophomore Calvin Copping’s five shutout innings.  However, the Roadrunners tagged him and junior reliever Brandon Warner for three runs in the bottom of the sixth inning.

Trailing 3-1 in the top of the ninth, junior second baseman Ryan Raslowsky led off the inning with a single to center on a full count.  However, Raslowsky’s base-stealing threat was removed when junior left fielder Nick Blaser grounded into a fielder’s choice, removing the Matador threat.

Although the tying run came up to the plate in senior shortstop Brett Balkan and junior right fielder Chester Pak, Balkan popped out to second base and Pak grounded out to end the game.

The loss adds to CSUN’s offensive woes, as they scored only one run for the third straight game.  Roadrunner junior right-handed pitcher James Barragan picked up the complete-game victory, striking out seven and only allowing four hits and one run.

The Matadors struck early, scoring in the first inning and taking advantage of their speed. Raslowsky singled up the middle and stole his team-leading fifth base to advance to third base with one out.  Balkan singled to right field to score Raslowsky and gave the Matadors an early 1-0 lead.

However, the offense stalled as CSUN went three-and-out in six of the next eight innings. The only other Matador rally came in the fifth inning, when CSUN left two men on base.

Senior center fielder Ranny Lowe struck a two out hit past third base, and catcher Dylan Alexander walked to put men at first and second.

Freshman first baseman William Colantono swung at a 1-0 pitch and struck an out to first base, ending the Matadors’ best chance to score a second run.

Bakersfield pulled ahead off of a string of hits and errors in the bottom of the sixth as they knocked Copping out of the game and scored an earned run off of Warner.

A single to lead off the inning and an error by Copping sent him to the dugout, but Warner could not strand the runners on first and second base.  Senior shortstop Oscar Sanay bunted to move the runners over, but advanced to second on a second-straight error from a Matador pitcher by Warner.  CSUB tied the game as a runner crossed the plate on the error.

After a hit-by-pitch and two outs, junior catcher Logan Trowbridge broke the game open as he hit a bases-loaded single, scoring two Roadrunners and giving Bakersfield their 3-1 lead.

With another weak offensive performance, the Matadors now sit last in the Big West with only 33 runs scored on the season.  CSUN sits last or second to last in several offensive categories including team batting average (.241) and slugging percentage (.283).

Although they have struggled at the plate, the biggest reason the Matadors have been able to stay at .500 has been their stellar pitching.

CSUN is third in the Big West with a team ERA of 2.21, and several pitchers have ERAs under 2.5.

Copping has been one of CSUN’s more consistent starters, maintaining an ERA of 2.13 and striking out 10 batters in 12 innings.

However, much like Tuesday’s loss, he has been plauged by poor run support, only recieving seven runs in four appearances this season.