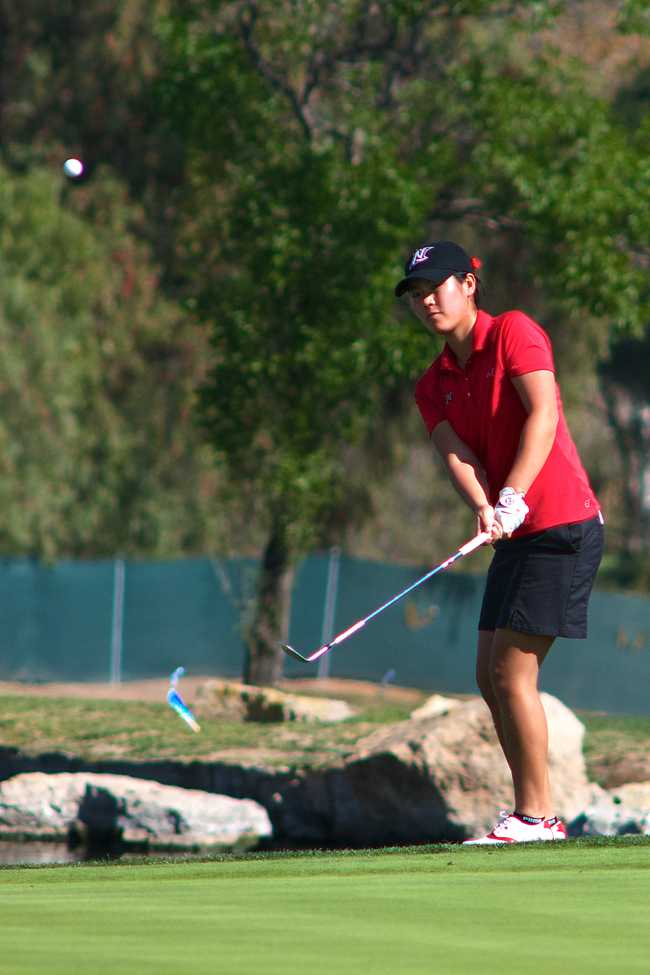 The Matadors improved in the third round of play, but only by a single slot as they finished the Bruin Wave Invitational in 14th place on Tuesday.

CSUN could not figure out the El Caballero Country Club greens in their third time around, as they stroked one shot worse than their second-round performance, finishing the day with a score of 315 and the tournament with a total score of 951.

Northridge finished 87 strokes above par, and 88 behind the wire-to-wire leader USC Trojans, who finished with a collective score of 863.

Senior Clariss Guce was CSUN’s best performer, but shot a 77 in round three, finishing with an average round score of 77 for the tournament en route to a total of 231. Guce finished tied for 31st.

USC Trojan Kyung Kim closed the tournament with a third round score of 73 to finish with a tournament-low total of 213 strokes.

Players who struggled on day one improved on day two, but their scores were still too low to pull CSUN within the top-10 teams.  Sophomore Arinda Bhanaraksa jumped into a three-way tie for 65th place as she lowered her third round score to 79 strokes, finishing with a final score of 243.

Juniors Elisabeth Haavardsholm and Sharon Shin finished 30 and 31 strokes over par, but stayed out of the bottom 15 with total scores of 246 and 247 strokes, respectively.

CSUN’s next tournament will be in Fresno at the Copper River Country Club as they compete in the Fresno State Lexus Classic on March 17.