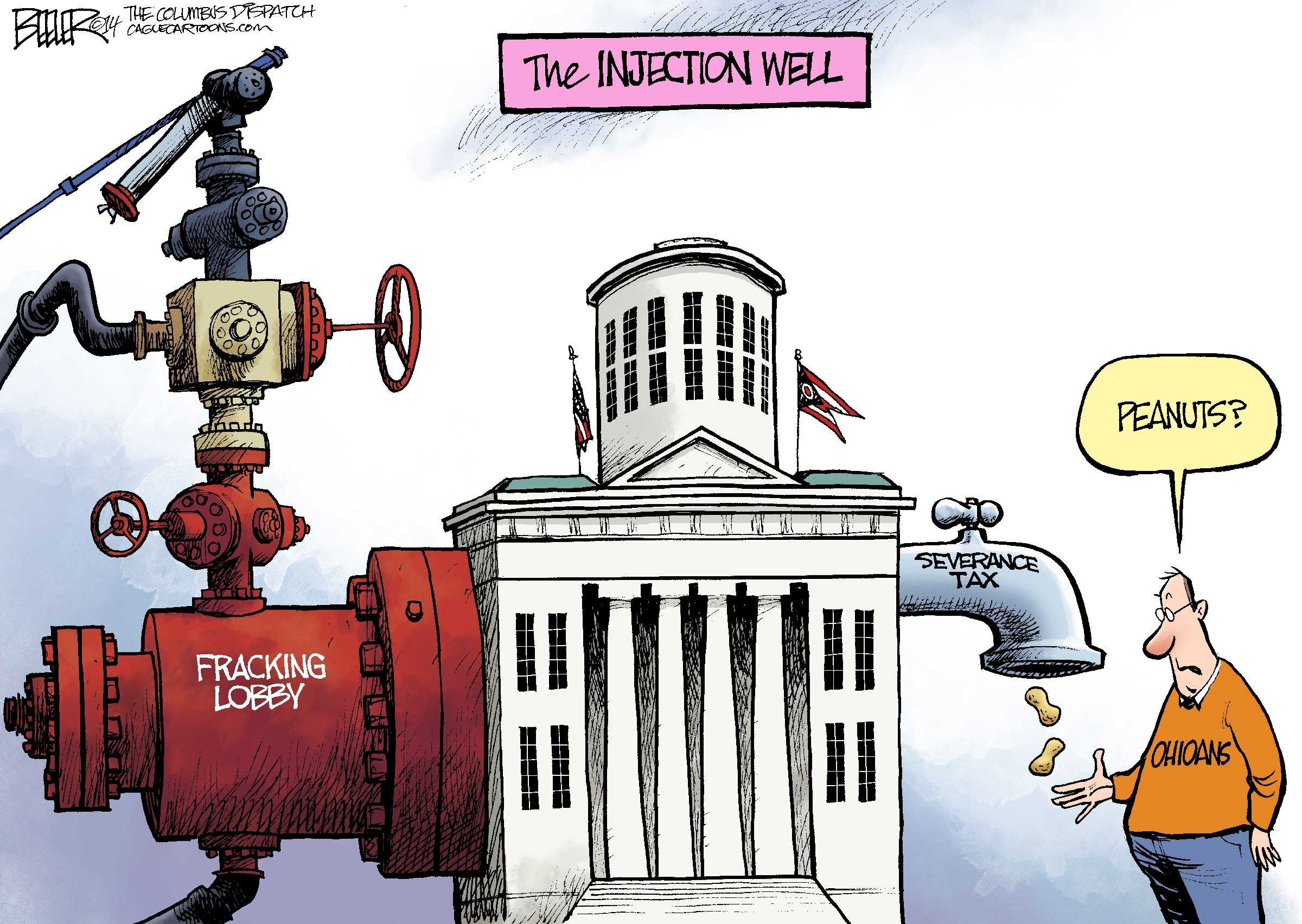 Thankfully, the LA City Council voted unanimously Friday to advance a motion to zone fracking for fossil fuels outside the city of Los Angeles, essentially establishing a moratorium.

Until the practice complies with state environmental laws and provisions in the Federal Clean Water, Air, and Safe Drinking Water Acts, the LA City Attorney’s Office has to create an ordinance that would zone fracking out of LA.

Or officials should consider a different option: to completely ban fracking from happening again.

Hydraulic fracturing, or fracking, is a process by which a chemical and water mixture is injected at high pressure into the ground for extraction of gas and oil. Fracking for oil, in the case of California, has ramped up in recent years, especially in the Los Angeles area.

Fracking is causing concerns because the process is creating various problems for local residents who live nearby fracking zones.

At a press conference before the vote, a 13-year-old girl, who lives nearby a fracking zone, spoke about how she and her friends in their neighborhood had suffered from excessive nose-bleeds, asthma attacks, headaches and other chronic health issues they believe are tied to the local fracking operations.

Others have shared similar health concerns  throughout the country where nearby fracking operations are poisoning the local environment.

Food and Water Watch, Sierra Club, Physicians for Social Responsibility (PSR), Citizen Coalition for a Safe Community and community activists citywide helped urge the LA City Council to place a moratorium on fracking in the city until proven safe.

Anti-fracking activists are continuing their efforts to pressure the state legislature and Gov. Jerry Brown to do the same statewide.

Fracking operations and acidizing, a type of fracking by which toxic acidic water is injected into the earth to literally melt rocks and create more pathways in order to easily extract oil, needs to be banned.

These procedures can cause permanent groundwater contamination. In addition, toxic releases in LA neighborhoods, excessive water usage in a drought prone region, and earthquake hazards are major concerns as well.

Among the biggest concerns surrounding the fracking operations is widespread and permanent contamination of water supplies throughout the world.

A recent US Geological Survey study has documented an unusual increase in earthquakes in Ohio, Oklahoma and other states where fracking is occurring nearby.

Scientists have linked them to the high-pressure injection of millions of gallons of toxic wastewater resulting from the fracking process, and this has increased concern in California about fracking operations.

Fracking has been done in California primarily to free up the remaining oil deposits in wells that have been drilled in the past. LA’s Inglewood Oil Field sits on the Newport-Inglewood fault which is the nation’s largest urban fault.

Residents have faced problems with cracked home foundations due to localized seismic activities and health problems residents believe are related to be from the increased air pollution from fracking activities.

Property values and home insurance  issues threaten owners, who may lack proper coverage when the house is damaged by fracking.

The Baldwin Hills dam collapse in 1963, which wiped out 65 homes and killed five people, was caused in large part by the nearby oil field drilling with pressurized injection wells.

Ceres, a non-profit that promotes sustainability practices for businesses, just released a report stating nearly all of California’s fracking wells are located in “regions of extremely high water stress.”

With the record drought that California is facing and an uncertain future regarding potential disastrous climate change impacts, fracking represents the ultimate failure in public policy.

Especially because a 100 percent renewable energy economy is possible, as Stanford University engineer and scientist Mark Z. Jacobson and other scientific studies conducted worldwide, have documented.

Some argue the focus on continued development and expansion of fracking delays this ultimate goal.

Environmentalists point to the fact that the industry is still largely exempt from the Federal Clean Air, Clean Water, and the Safe Drinking Water Act.

This has been referred to as the “Halliburton Loophole” by opponents of fracking after the industry and then vice-president Dick Cheney, lobbied Congress successfully for the exemptions.

Based on a review of more than 200 studies, the journal Science published findings indicating that about 50 percent more methane is released by natural gas drilling than previously estimated.

Anthony Ingraffea, a scientist at Cornell University, has studied and published this issue, in addition to findings that a potent greenhouse gas methane leakage is far more dangerous and greater than acknowledged.

President Obama’s claim that natural gas is a proper “bridge fuel” to a renewable energy future, that will help address global warming because it is less-polluting, is false.

The Obama administration has shown its support for fracking both oil and gas, and present US Secretary of Energy Ernest Moniz, has cashed in personally as a consultant for British Petroleum.

Moniz has also sat on the board of directors of ICF International, an oil and gas consulting firm. Adding to that, Moniz also sat as the MIT research council co-chair, where he oversaw over $143 million from oil and gas interests for research purposes, according to DeSmogBlog.com.

State senators Holly Mitchell and Mark Leno have introduced a fracking moratorium bill for California. Mitchell introduced a similar bill last year that was killed in favor of the industry-supported SB4.

Vermont, France, Bulgaria, Romania, Czech Republic, Luxembourg, Northern Ireland and numerous localities worldwide have instituted a moratorium or ban on fracking in just the past few years, and the list is growing.

Last fall, there were over 250 anti-fracking actions in more than 30 countries worldwide on six continents involved in the “Global Frackdown,” which was a call to action to ban fracking.

With California facing the worst drought in history, trashing millions of gallons of fresh water while potentially causing earthquakes makes the plot in the movie “Chinatown,” where water was violently swiped from Owens Valley for an LA developers’ greed, look like a  G-rated Disney flick. California should start the trend in America to ban fracking completely.

On March 15, Californians Against Fracking, an anti-fracking coalition, are organizing the “Don’t Frack California” rally. The rally is a movement for thousands to pressure Gov. Brown on the Capitol Lawn in Sacramento to ban fracking in California. Carpooling and buses throughout California are available, and riders or donors can purchase bus tickets for $25 for a round trip ticket from LA for example.

Contact your LA council member to thank them for their vote and to ensure that the moratorium is properly implemented and enforced in LA, in order to protect our communities from the dangers of fracking.