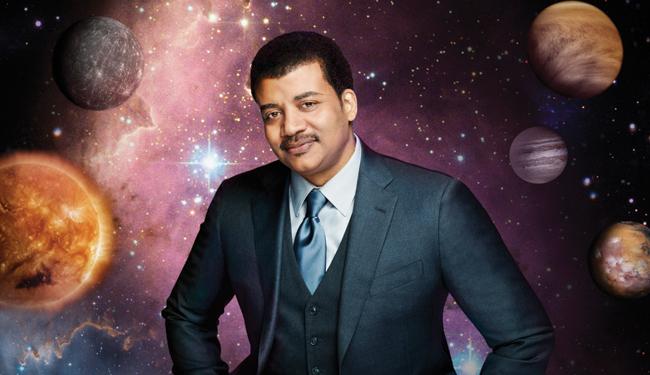 Get ready to join Neil deGrasse Tyson on a journey through the cosmos and the history of humankind’s quest to understand the skies above.

More than 30 years ago, Carl Sagan captivated the imaginations of future generations of astronomers and the curious with “Cosmos: A Personal Journey.”  The renowned astronomer and physicist guided viewers through the cosmos with narration bordering on prose and visuals that showed the expanses of the known universe like never before. Often imitated but rarely equaled, “Cosmos,” told the story of the universe which urged a call to action during the Cold War and constant threat of nuclear war.

Coming March 9, we finally get an update with “Cosmos: A Space Time Odyssey,” hosted by Tyson and made possible by “Family Guy” creator Seth MacFarlane and Ann Druyan, Sagan’s widow. The Soviet threat of nuclear war is long gone, but we face new challenges today and it’s the perfect time to refresh our fascination with the universe and our place within its great expanses.

The spirit of Sagan’s “Cosmos” lives on in the update, opening on the same coastline  Sagan narrated from with Tyson encouraging us that, “it’s time to get going again,” on our exploration of the stars.

Tyson takes the viewers on a trip from earth to the furthest reaches of the known universe in his Ship of Imagination. This sleek reimagination of Sagan’s spaceship brings us up close to far off galaxies with CGI imagery that sets a new standard for astronomy TV documentaries.

With the new graphics, a great update of the Cosmic Calendar analogy brings Tyson’s signature cool to the visual history of the universe. Each month of the Cosmic Calendar is about a billion years. It starts with the Big Bang on Jan. 1, with all of recorded history taking place in the last 14 seconds of Dec. 31.

Sagan included many poignant commentaries on the consequences of nuclear war, but the commentary in the first episode of the reboot has been more subtle.  We get an animated vignette with the story of Giordano Bruno, a Dominican friar who had visions of an infinite universe but was tortured and killed during the inquisitions of the 1500s. This story seems quite appropriate today when dogmatic education policy and conflicts of science and religion are frequent in the news.

This update comes at a perfect time when we need to be reminded of the wonders of the cosmos and inspired to continue exploring our place on the earth and in the universe. “You, me, everyone. We are made of star stuff,” Tyson delivers Sagan’s classic line perfectly.

I know I’m looking forward to joining him on this new odyssey through time and space — I hope you’ll join us too.