Petition to separate California into six states approved for signatures 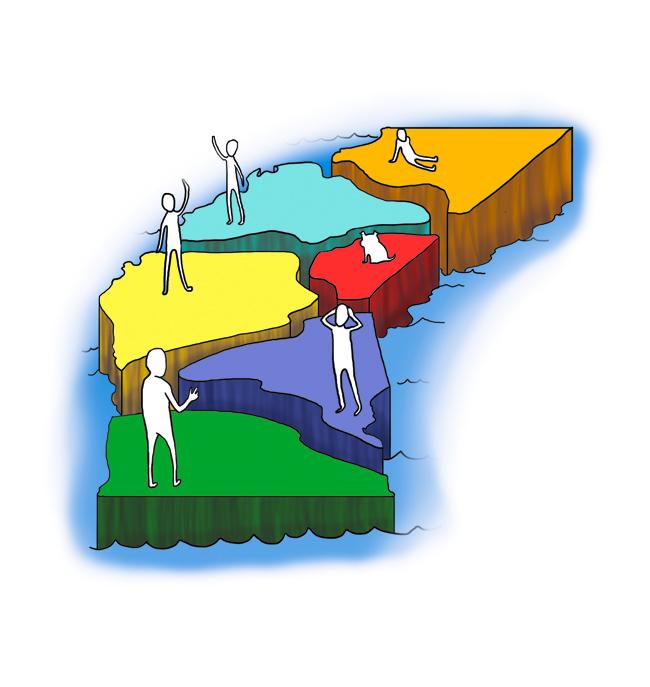 California is no stranger to change. The Golden State is considered one of the most diverse states in the country, and a Silicon Valley venture capitalist is looking to give California a massive makeover.

California is the most populous state in the country, and the petition says most of the people in residing in the state live in urban areas. It also points to California’s economic diversity with such industries as entertainment, agriculture and others.

“As a consequence of these and other socio-economic factors, political representation of California’s diverse population and economies has rendered the state nearly ungovernable,” Draper’s petition reads. “The citizens of the whole state would be better served by six smaller state governments while preserving the historical boundaries of the various counties, cities and towns.”

According to the petition, Sacramento and neighboring areas will belong to North California. The area which holds Los Angeles, Hollywood and the state’s famous beaches, will be deemed West California.

Silicon Valley will be home to California’s major technological industries, and will cover most of the Bay Area. South California will include major cities such as San Diego and most of Orange County.

Much of California’s agricultural areas in cities like Fresno and Bakersfield will make up Central California. California’s northern wilderness areas, such as Redding and Eureka, will be named Jefferson.

Tom Hogen-Esch, CSUN professor of political science, believes the petition will not even touch Capitol Hill.

Hogen-Esch believes that even if the petition does garner enough signatures to make it to Congress, the federal government will not consider the idea, pointing to the Civil War as the last time any state has successfully seceded or was annexed from the United States.

“It works better as a whole,” Diehl said. “Some states would do better, but the other ones would suffer. For example, I don’t think Northern California would work well. We gotta work as a whole.”

Diehl believes the current political system is fine as is, and said representation would not matter, even if the state was separated.

“As you go deeper into politics, you’ll find that it will be difficult to get your voice across on any level of politics,” Diehl said.

Jermaine McGee, 24, art major, agrees with Diehl and believes traffic would suffer even more with the new borders.

“Travelling is probably going to be one of the bigger things that it would affect, seeing that we do live in a place where a lot of people commute,” McGee said. “We have some of the busier streets and freeways, especially the 405.”

“There’s not really any need to divide California,” Meares said.

California has faced a budget crisis since the 2011-2012 fiscal year as a result of declining income and corporate taxes, according to the World Socialist website. Since then, Gov. Jerry Brown has cut funds to socially beneficial services such as education funding to cut the $25 billion budget gap.

“I think it’s a little ambitious,” Goldman said. “I think it’s going to benefit what would be new states than it would other ones. I think that while the state is in a budget crisis, dividing up a lot of the equity isn’t exactly the smartest plan.”

Voters in a new state within the new California will be able to choose a different one if they so choose, according to the petition. This would create “competition in proposed governance which will lead to better and more responsive governance,” the petition states.

Not all students think the petition will potentially lead to disaster.

“California is so diverse and has so many incentives,” Santiago said. “It might actually be beneficial.”

Santiago believes the states will benefit from their economies and said it will be more efficient because California’s different resources across its different regions.

And as for traffic, Santiago believes the the separation will help alleviate the stress.

“If each state has some sort of regulation on how to operate the borders and direct traffic, then I think they’ll know how to manage,” Santiago said.

Talia Benzaken, senior psychology major, also believes the proposed split will be beneficial. Like Santiago, Benzaken believes California is large and diverse enough for it to be separated.

In addition, Benzaken sees congressional representation working in California’s favor should the state end up dividing.

“It is difficult for Washington to accurately represent the state of California, but dividing it into six states would allow each (different) state to be more accurately spoken for and represented,” Benzaken said.

Benzaken, an Orange County native, said she would be fine with electing new officials as well.

“Aftering living in West LA for five years, the political differences are so obvious,” Benzaken said. “It’s impossible to represent both the majority of OC and majority of LA in one ruling.”

However, Benzaken does not think the potential benefits will last.

“It sounds like a nice way to represent every citizen more accurately, especially in California,” Benzaken said. “But as far as truly seeing any long-term benefits, I’m not sure there would be any. If this is simply for the sake of allowing each ‘province’ of California to be more accurately represented, then we would need to decide if the trouble of dividing the state into six parts would even be worthwhile.”

McGee feels Draper’s proposal would be nothing but trouble.

“It’s going to cause chaos,”  McGee said. “I think it’s all around not a good idea. As of now, I can’t think of any pros of actually doing this, but I can think of all the cons.”

In order for the measure to reach voters this November, Draper’s petition must reach more than 800,000 signatures by July 18.