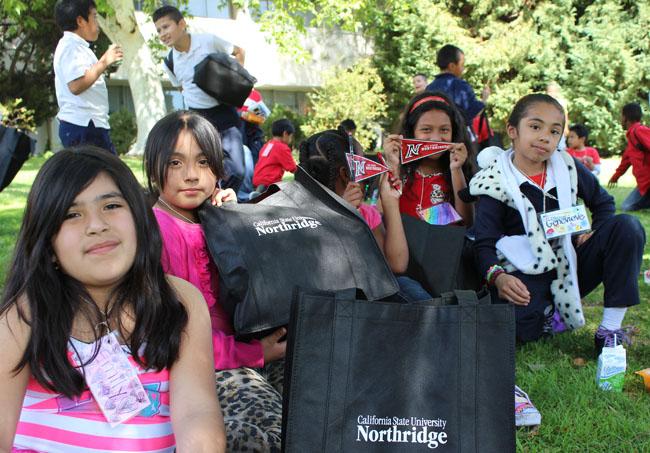 Dreaming big and being creative is no challenge for two third-grade classes from two different South Los Angeles elementary schools.

Wisdom Academy of Young Scientists and Estrella Elementary School both have a class of third-graders writing their own class book. Teachers Kaylie Gomez and Toluca Scarfo have been the driving force behind both classrooms, helping their students become published authors of two very distinct works.

Gomez, a CSUN alumna, known as “Miss Gomez” or “Momma Bear” to her students, graduated from CSUN in 2011 with a multiple-subject teaching credential and a bachelor’s degree in liberal studies, according to a past Sundial article.

“Oh! The Centuries We’ve Traveled!” is the second book by Gomez’s students. The first one, “Wacky Stories from Wisdom Academy for Young Scientists,” was published last year in May and inspired by Louis Sachar’s “Sideways Stories from Wayside School.”

One of the kids met Henry Ford, while another assisted a famous artist in painting a masterpiece.

“Cleopatra, Princess Diana, the Wright Brothers,” Gomez said. “One of my students wrote about Vincent van Gogh and helped him paint.”

She wanted to get her kids excited about writing and give them a sense of pride, Gomez said. It was never about publishing.

“We are going to get published,” said third-grader Damien. “We made a historical buddy. Everyone in our class has one. Mine is Henry Ford.”

Scarfo’s class is also writing a fictional book called “History’s Habits.” Each student uses wizards and magic to talk to someone famous.When Scarfo told her class that they were going to write a book and get published, her kids were thrilled.

“There were a lot of smiles and gasps,” Scarfo said. “I love making them feel special.”

Both classes used computers to do their research on the figure they chose. The children made everything from scratch to produce the collective book, including the text and visuals. The ideas and concepts featured were authentic and self-inspired.

Both of the teachers set up a “Go Fund Me” page where Gomez ran fundraising events like “Fun Friday,” a movie night where tickets and popcorn were sold at Wisdom Academy.

Gomez was able to raise enough money for her class to get the book published and purchase a copy for each student. In May, they will be hosting a launch party where the kids will dress as the historical figure they wrote about. “Oh! The Centuries we’ve Traveled!” will be available in May and “Histories Habits” will be available in June.

Over the writing process, each class has developed a strong bond with their teachers.

“We are more like a family than anything else,” Gomez said. “Everyday we share compliments and concerns. I make sure in my class I have time to talk to them about real life things.”

Scarfo talks to her class about the “16 Habits of Mind,” practiced at Estrella Elementary. These habits help the kids interact better with each other and solve any problems, Scarfo said.

“I love seeing their growth. I have a lot of leaders. They are all sweet with each other and are all enthusiastic to learn,” Scarfo said.

The kids have learned from their teachers that their creativity, ambition and determination will help them get into college. To learn more about college life, a field trip was organized for the students to visit the CSUN campus and dorms.

“I want to be a scientist,” said third-grader, Nehemiah. “I want to be a chemist because I want to see what happens when you mix chemicals,” said Christopher, another third grade student.

Students had a penpal from the opposite class. Before the field trip neither of the students had met each other but they had communicated through letters.

“They introduced themselves, talked about three things, and in the end asked questions,” Gomez said.

Finally on the day of the field trip, the students were able to meet their pen pals and both classes interacted as one big group. The field trip consisted of a tour of the dorms, a meeting with President Dianne F. Harrison, and later, a sing- along to “We Are the World” by Michael Jackson.

“The president told me that maybe one day I can be here at CSUN,” said third-grader Xiurams.

While with the dean, the kids also received gifts including personalized CSUN goody bags provided by Barbara Charnes, from the education department. They received a pencil, a pen, and a CSUN sticker shaped like a flag. The bookstore also provided the students with a discount on CSUN shirts.

The students were also able to meet some of the professors and colleagues that their teachers worked with. While at the dorms, Gomez introduced the kids to her boss from when she used to work in the dorms. Scarfo also had one of her past professors come out and meet the kids.

“The coolest part was that the kids were able to make the connection that my teacher was here less than a year ago,” Scarfo said.

Parent chaperones Shamarra Bond and Samia Martin enjoyed the field trip and the way it exposed the children to college choices. Bond said her daughter Cemaia woke up early and excited, ready to leave telling her mom she needed her breakfast, or “thinking food” as she called it.

This is the second time Gomez has brought her students to a college campus opening their options and showing them the experience.

“I tell my students, ‘You never know what you don’t know,’” Gomez said.

Scarfo wants to plan more field trips to other colleges such as USC or Concordia University where she also attended. She plans to have both parents and children in attendance.
“I felt satisfied and happy and just proud of them,” Gomez said. “I felt they shined. They had good manners. I was just excited as they were.”

To watch a video of the students visiting the CSUN campus, scan the QR code below. 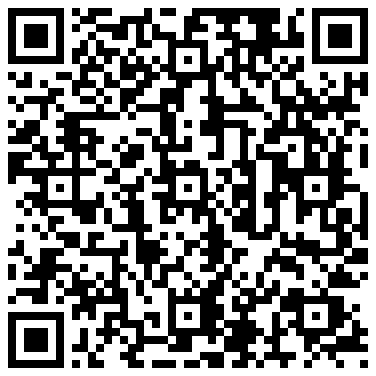