America, the land of hypocritical politicians and policies 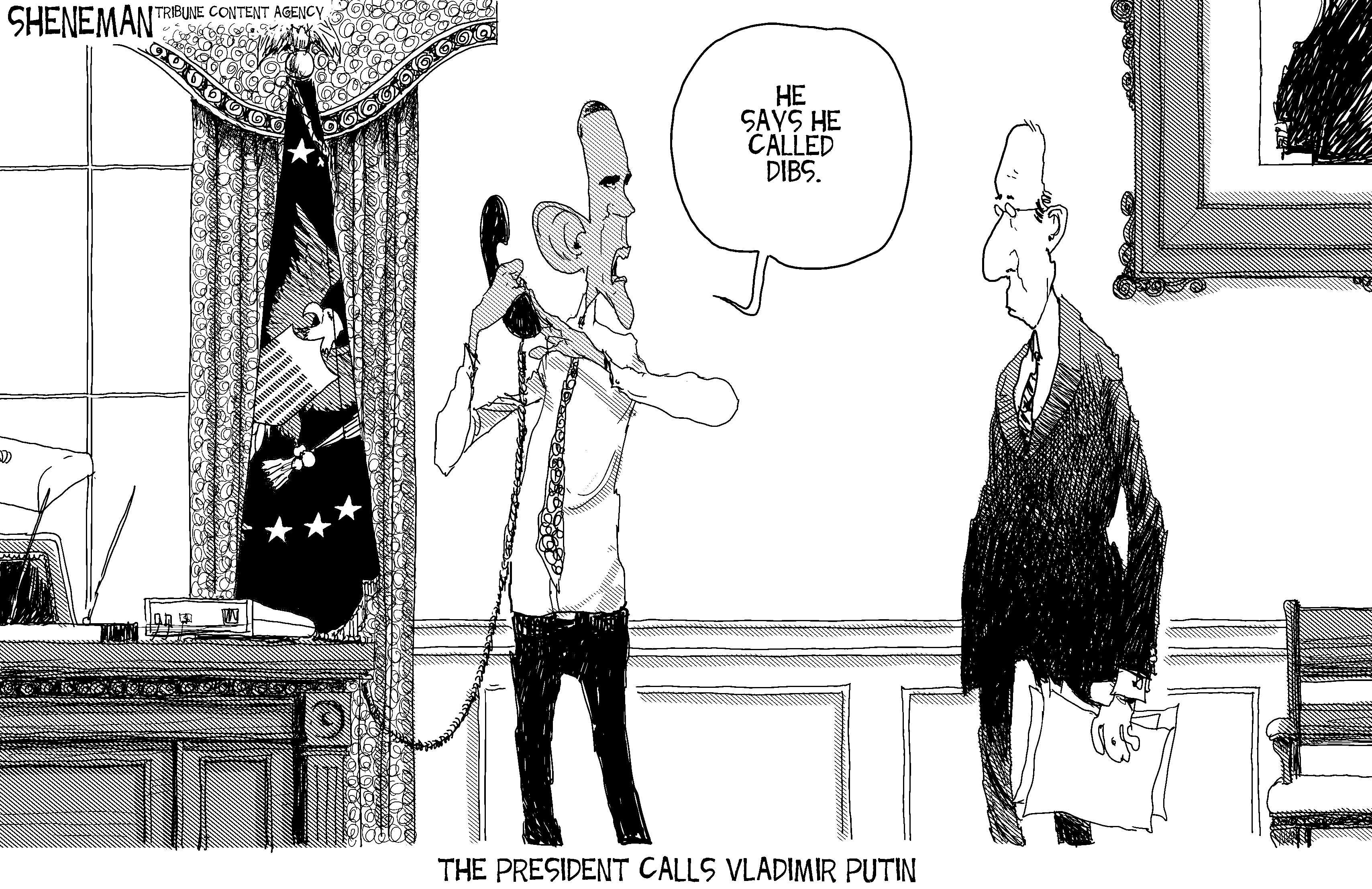 History will always offer the usual tale of a smaller nation facing the great challenge of confronting an indomitable empire. Simply look at America’s reaction to Native American sovereignty. This global trend seems to rear its ugly head every just about every generation, with recent examples such as Iraq, Yemen and Somalia.

But as of last month, America is on the sidelines watching the blooming crisis in Ukraine as pro-Russian troops (speaking Russian and raising the Russian flag) took control of Crimea, Ukraine’s autonomous southern peninsula. The west is calling this invasion “unacceptable.” However Russian Foreign Minister Sergei Lavrov has described what is happening in Ukraine as an “armed coup-d’etat.”

These troops, along with troops directly from Russia, appear to be bringing Ukraine back into the arms of the Mother Land, but let us not fret so soon. World War III has not started just yet. As the rioting in the Ukrainian capital of Kiev has increased to an Arab Spring-like scale, there should be worry about the protesters our country is backing.

While not all of them, some protesters have displayed the symbols and salutes that everyone recognizes with Nazism. This right-wing branch of the protesters may very well be nothing but a violent divergence, but the west must watch out for a potential threat to Ukraine. The late journalist and author Stieg Larsson would be just as daunted as I am about this potential return of evil. Just the idea of statewide Nazism returning is nothing less than mortifying.

Now, the President of Russia, Vladimir Putin, had requested from his parliament to have his troops apparently invade Ukraine on March 1. Before the invasion of Crimea, President Barack Obama decried this act as a violation of international law.

Hearing this could never have frustrated me so much. I recall that last year Obama was asking the same thing from the American Congress about interfering with the Syrian Civil War.

And who drew the “violation of international law” card-Putin, who is currently nominated for a Nobel Peace Prize for utilizing non-military force in punishing Syria’s use of chemical weapons. Putin and Peace Prize, I kid you not.

“We must stop using the language of force and return to the path of civilized diplomatic and political settlement,” he wrote in an Op-ed piece in The New York Times. In both situations, I did not and currently do not support military intervention in either Syria or Ukraine.

Putin’s plans for the invasion are unknown. He has been described as reforming the Soviet Union. We can only understand the Russian president based on his actions. But in 2003, these similar actions were considered patriotic (here in the states) regarding Obama’s presidential predecessor.

The hypocrisy is too much. For a long time, America had intervened in other nations’ interests. However, these interventions were never named for what they really were, an act of aggression.

Our acts of aggression are instead noted as a “defense of liberty,” whereas the mobilization of another country’s armed forces is considered an act of war.

To boost the hypocrisy, Secretary of State John Kerry informed ABC’s George Stephanopoulos that Russia’s invasion is “a nineteenth century act in the twenty-first century.” I have to ask, Mr. Secretary, where was that rhetoric when you voted to invade Iraq in 2003? I find it uncomfortable that the United States is presenting its own biased view of world events to to the international community.

While Iraq comparisons are being used, another supporter of that faulty war has emerged from his senatorial den. John McCain, the almost-44th President of the United States, razed the administration’s response to the Ukrainian crisis, touting, “This is the ultimate result of a feckless foreign policy where nobody believes in America’s strength anymore!”

Or as Jon Stewart translated: “Aargh! Aargh! I want to go to war! Let’s go to war! Aargh! War! Aargh!”

It happens that both Kerry and McCain are veterans of the Vietnam War, so anyone can hope that they can spot an unnecessary war when it arises. The two Johns need to calm the rhetoric. Condemnation from the United States in 2014 is a hurricane of petty threats and war cries. We have corroded our credibility in reprimanding other nations’ military decisions when we are just as guilty.

Yet these war cries go beyond politicians. Conservatives have praised Putin’s leadership as stronger and bolder than Obama’s “weak” ability to lead, most notably America’s Mayor and vocal critic of President Obama, Rudy Giuliani. He gave praise to Putin for “mak(ing) a decision and execut(ing) it, quickly…then everyone reacts, that’s what you call a leader.”

For as long as conservatives throw phrases like that, their support will wane. Praising a president who invades other nations, who allies with war criminals and who holds immense prejudice over LGBTQ people, is a pathetic way to beg for attention.

This all describes Putin, but these qualities can apply to past American presidents from both parties. We must refurbish our tactics at scrutinizing and endorsing other countries.

We also must be mindful of who we defend. Again, not all of the Ukrainian protesters follow the ideology of right-wing neo-Nazis. So our government must identify the protesters who want real democratic government stability during these chaotic times. We aided the mujahadeen when the Soviet Union invaded Afghanistan and thus helped give rise to Osama bin Laden. We supported the Syrian rebels, even when bin Laden’s Islamofascist cult, Al Qaeda, infiltrated their militias.

Let us not repeat history anymore by not helping to bring back one of our greatest enemies into the post-9/11 world. Were political instability to ferment in Ukraine, the Third Reich has the frightening chance to recommence. However, Russia’s invasion of the entire nation of Ukraine can have its own repercussions.

There may be no easy way out of this.

The future of civilization may be in a new direction in a world of careless rhetoric and firepower. The world may have already been in that direction. No one anticipated Jun. 28, 1914 to be the last normal day on Earth when Gavrilo Princip carried out the assassination that started the First World War. I accept the talk of world wars with a grain of salt, finding it deranged yet plausible.