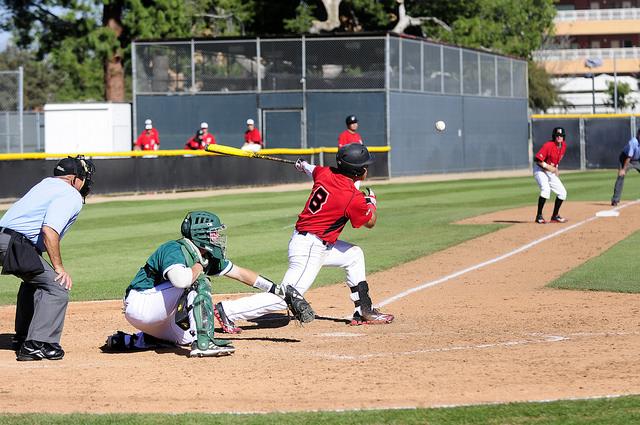 San Diego State went on an offensive tear early in the game, scoring seven runs by the top of the fourth inning.

The Matadors looked out of sync in the first inning with untimely errors that led to their deficit on the scoreboard. San Diego State had men on base throughout the top of the first inning.

“That definitely wasn’t the plan, it moved the (bull)pen up a bit,” said head coach Greg Moore on Copping’s outing. “Louis Cohen did a nice job at coming in and eating some innings that we needed, and that we didn’t expect him to get today.”

After another pair of singles, sophomore right fielder Spencer Thornton bunted for a double due to an error by the Matadors, which allowed star sophomore third baseman Ty France to score, making the score 3-0.  France, who is batting a blistering .455 this season, scored another run in the top of the eighth inning when he socked a three-run home run.

The Matadors showed signs of life in the third inning with two men on base, but a foul-tipped pitch was caught out by the catcher, retiring the inning and the runners on. The Matadors almost sparked a rally in the fourth inning but an errant pop-fly out to left field was caught, downing the momentum.

The bats stayed quiet for the rest of the game as the Aztecs piled on the runs in the later innings.

Moore remains methodical in his method believing his team is on the cusp of reaching their full potential.

“It’s just a matter of getting guys in motion, we’ve got to execute when those guys are moving on the hit-and-run and we have to do some things that are a bit more creative to push them across.,” Moore said.

The Matadors (7-12) will face the West Virginia Mountaineers (8-4) in a four-game series over the weekend on Matador field. The first matchup will begin at 3 p.m. on Thursday at Matador Field.