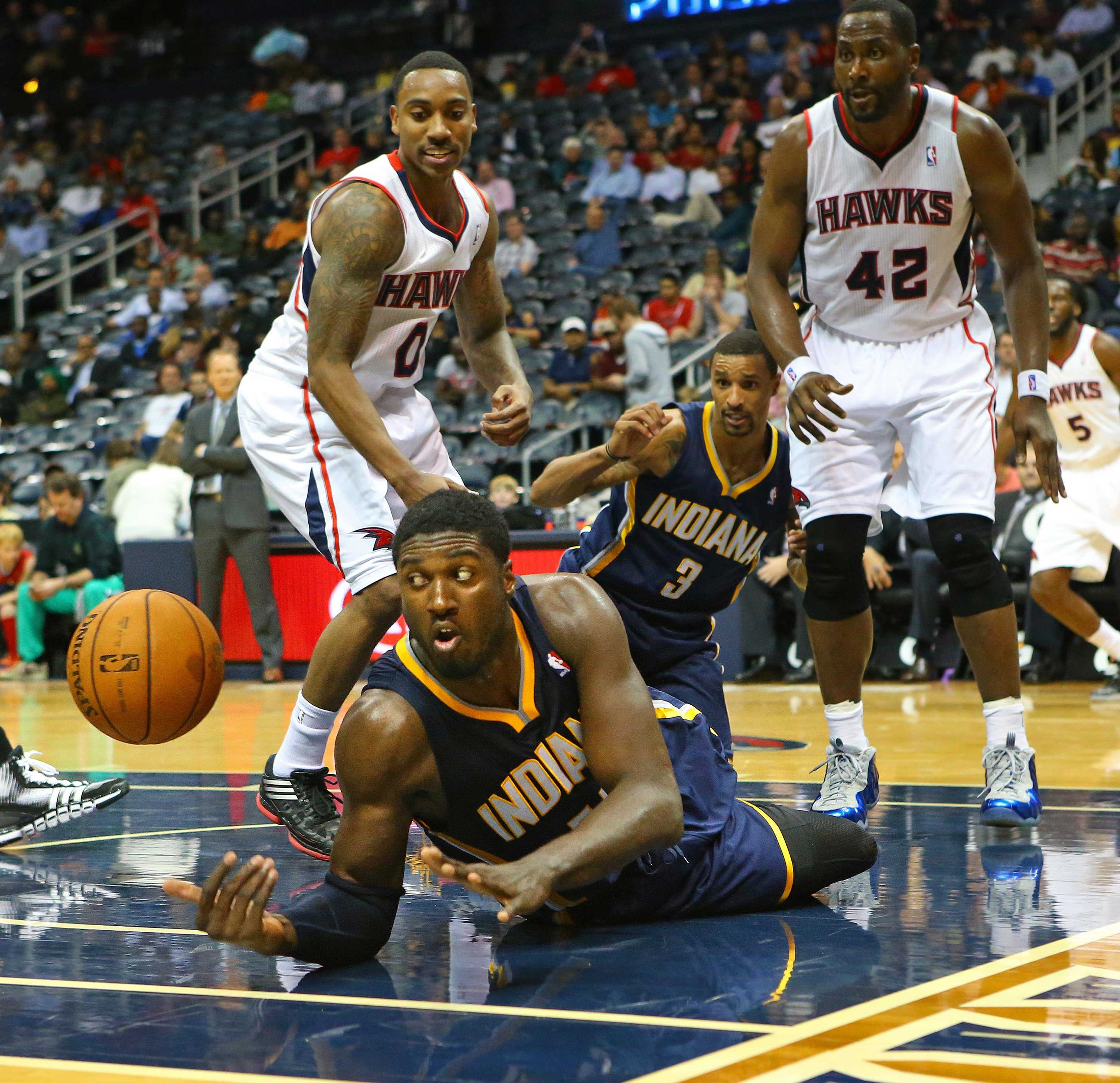 The NBA playoff picture is shaping up much to our expectation, but two teams are clicking at just the right time of the year.

In the Eastern Conference, the Chicago Bulls have been playing top-notch basketball since the new year. Although most NBA fans would have considered it safe to say the Bulls would be competing for a championship before the season started, the team lost their franchise point guard Derrick Rose to a knee injury, and forward Luol Deng to a trade to the Cleveland Cavaliers.

However, the Bulls have continued to play at a level their coach Tom Thibodeau expects, and on have relied the shoulders of two-time All-star forward Joakim Noah. Noah is averaging 12.2 points per game and 11.3 rebounds. However, his point and rebound totals are higher in games won compared to games lost. Even his field goal percentage is higher, from .500 in wins, to .485 for the season.

The Bulls are 23-10 since Jan. 1 and 7-3 in the last 10 games with signature wins over the Miami Heat and Golden State Warriors, both playoff contenders.

Though they sit in the fourth seed right now, they are only a half game out of the third spot, and have the playoff experience that makes them a nightmare matchup.

Over in the West, the Houston Rockets have soared through the standings and currently sit in the third seed, two and a half games behind San Antonio for best in the conference.

This season started out rocky for the Rockets as players were trying to adjust to the arrival of All-Star center Dwight Howard who joined the team as a free agent this offseason.

The Rockets have found a groove going 23-6 since Jan. 1 behind the play of center Dwight Howard and point guard Patrick Beverley.

Howard’s seasonal numbers are consistent with his career, 18.9 ppg and 12.4 rebounds. The biggest difference in the Rockets’ success, is Howard’s shooting. In the last month, he is shooting 63 percent from the floor, up from 58.9 percent, and he is making 59.8 percent of his free throws up from 55.1 percent, a blistering pace for Howard.

Though Beverley’s numbers are nothing impressive at 9.8 ppg and and 2.6 assists per game, as the point guard the team runs smoothly when he is setting up the offensive and making sure the team gets the best shot. He is also a solid defender, racking up 1.5 steals per game and helping his team get out in transition for easy buckets.

They have won five straight with wins over Miami and the Indiana Pacers, but will be tested in their next three games at the Oklahoma City Thunder, at Chicago, and at Miami.

The Rockets are a young team, but their two star players, Howard and James Harden, and coach Kevin McHale, provide leadership qualities that are needed to win a championship.

Two early season juggernauts have shown weaknesses in the past few weeks, causing some concern for the popular conference champion picks heading into the playoffs.

The Oklahoma City Thunder have gone 8-7 since Feb. 1, losing a step from their dominant 38-10 start to the season.  Although even a No. 1 seed can’t win every game, the Thunder have dropped surprising road matchups to the Washington Wizards and Eastern Conference basement dwelling Orlando Magic.

They haven’t been much stronger at home, losing three in a row to the Miami Heat, Los Angeles Clippers and lowly Cleveland Cavaliers.  The losses to the Heat and Clippers have shown that a Thunder team with all-star guard Russell Westbrook in the lineup can’t hang with the best teams in the league.

The Oklahoma City defense has also shown cracks, as they have given up more than 40 points to role players Gerald Green of the Phoenix Suns and Jodie Meeks of the Los Angeles Lakers in their two most recent losses.

The return of Westbrook from an injury was supposed to strengthen this team, but inconsistent play has cast doubts on the former top seed in the Western Conference.

The Indiana Pacers have seen similar struggles to the Thunder, as losing four straight games has allowed the Heat inch closer to the No. 1 seed in the conference.

Beginning with a five-point win over the league-worst Milwaukee Bucks on Feb. 27, the Pacers have shown vulnerability in the month of March.  Indiana struggled to defeat a rebuilding Boston Celtics team on March 1, and escaped with a three point win over the last place Utah Jazz the next day.

The Pacers have since gone on a four-game losing streak.  Although three losses have been on the road, Indiana has lost by an average of 15 points per game.  Also, all-star center Roy Hibbert has struggled, only averaging nine points and an anemic three rebounds per game in the losing streak.
Although MVP candidate Paul George has continued to play well, the Pacers as a whole will need to pick up their play down the stretch if they want to keep home-court advantage throughout the playoffs.