Your first dates are what you make them, so make it a good one 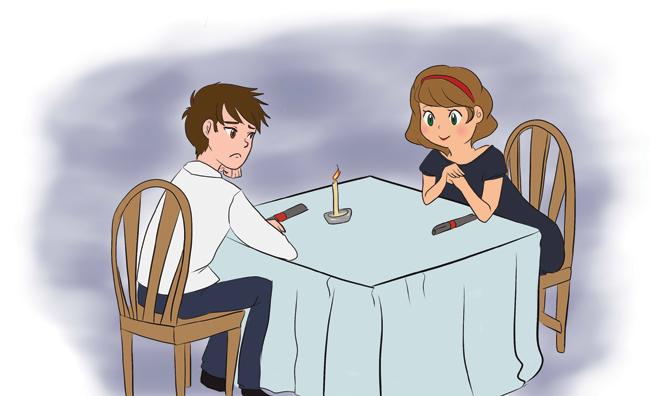 You know the old adage, you’ve only got one chance to make a first impression? It’s especially true in college.

Dating is awkward by nature, so to make it seem less stressful, here are some stories from students who have experienced both sides of the spectrum. Everyone wants to find love, but before that you have to go on a date.

“Love is a complex interaction of biological, psychological, social (and) cultural (elements) and can have spiritual elements that bring people together,” said professor of psychology Dr. Marc R. Hamer, who is also specializes in romantic love.

When it comes to dating, you should get to know the person as well as you can before you start an intimate relationship, Hamer said.

Ultimately, people are looking for someone to become their better half, completing their “pie” as Stan Charnofsky, professor of psychology, said.

“Are you compatible with this person (is the main question),” Charnofsky said. “Whether it’s culture, religion, or politics in all kinds of ways.”

Gracie Arenas, junior liberal studies major, said she met her date on campus and that they had been good friends for a while. Because of their friendly foundation, she decided to go on a date with him when he asked.

For their date, he took her to a cafe in Hollywood where they had brunch. Conversation went smoothly and they completely avoided the usual awkward moments because they were already so comfortable with each other.

After brunch, he surprised her with an afternoon hike because he knew she loved the outdoors. Not only did this spark her interest, but she was able to see a scenic view of the Hollywood sign.

Ariel North, senior health administration major, said finding a man who possesses gentleman-like quality is refreshing, but it’s hard to find that in college. Gentleman-like qualities consist of chivalrous acts, such as opening the door, picking up the tab or even offering your coat for warmth.

Little did she know, she would find that right here at CSUN. She went on a date with a guy she met in class and they had instant chemistry. After he asked her out, he took her on a date to the movies.

While on their date, they learned about each others’ personalities and interests. Spending this intimate time together ignited a relationship.

“He ended up being my boyfriend,” North said. “We are still in a good, healthy relationship because he still has that charm he had on our first date together.”

However, not all first dates end with a night to remember.

DJ Braxton, freshman electrical engineer major, said he had a bad experience on a first date. He had taken a girl out who he had been interested in since the semester started. Braxton explained they had so much in common. They went sightseeing and to a local restaurant. While everything seemed to be going smoothly, this perfect date turned into a complete disaster.

“Out of nowhere she flipped out and started yelling at me,” Braxton said. “I didn’t understand why she would do that because things were going so well, but I found out it’s because she thought I looked at someone else when I never did.”

According to “The New Psychology of Love,” by Robert J. Sternberg and Karin Weis, “In a sample of 651 university students who were actively dating, more than 33 percent reported that jealousy posed as a significant problem in their current relationship.

“When you’re dating someone, you could be dating the ‘walking wounded,’ somebody who’s been in a relationship and it didn’t work out, so you have to be prepared to be with someone who may not quite push right away,” Charnofsky said.  “People had relationships that did not work and trust becomes an issue.”

Charnofsky said respect is critical on dates and any kind of manipulation doesn’t work in a relationship.

“If one of the two people is pushing for something, the other one has to realize that and should stop,” Charnofsky said. “The key is to respect the other person so the relationship getting started is not based on force of any kind.”

For tips on making your night memorable with someone special, check out Raydar’s relationship column in the arts and entertainment section.