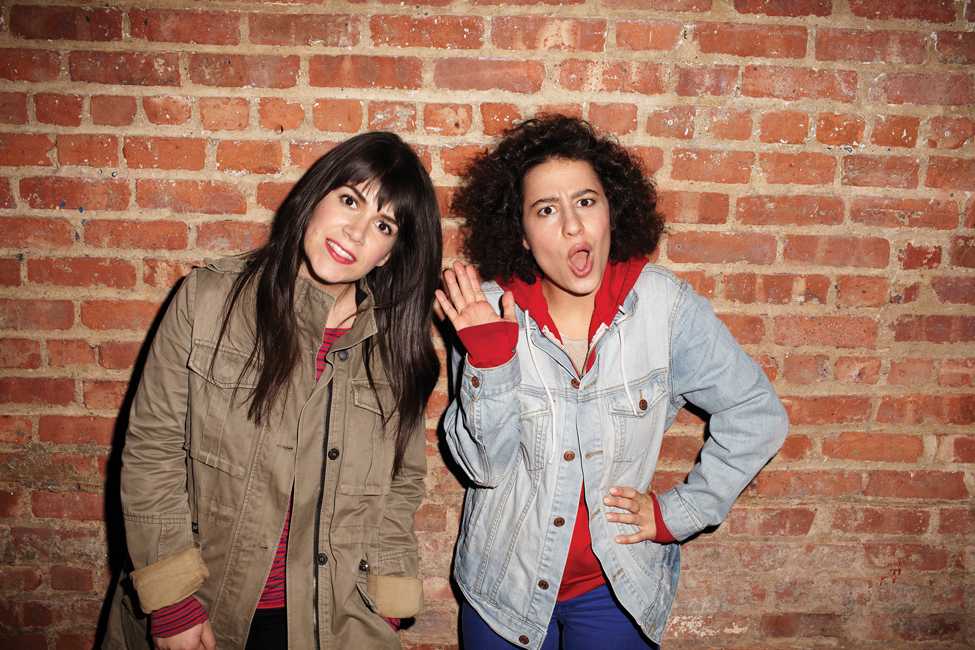 “Broad City” has just been picked up for a second season, and you need to pick it up right now.

Comedy Central has hit gold again with the new series created by and starring Ilana Glazer and Abbi Jacobson and produced by Amy Poehler.  “Broad City” follows exaggerated versions of Glazer and Jacobson as twenty-something women fresh out of college living in Brooklyn.  Unlike other series focusing on middle-class white girls in New York, “Broad City” brings in a fresh breath of comedy that can appeal to anyone.

The duo started “Broad City” as a series on YouTube and began working together through the Upright Citizens Brigade (UCB), an improv comedy group that has launched the careers of many comedy greats like Amy Poehler, Tina Fey, Fred Armisen and Zach Galifianakis. Glazer and Jacobson’s improv backgrounds shine through their comedy and guest stars often feature other UCB alumni.

“The show is us a couple of years ago,” Glazer said in a recent conference call interview with college media outlets. Broad City is definitely about post-college life, but Jacobson adds, “our generation has a kind of prolonged adolescence, so college life tends to lead a little more in the twenties — perhaps more than the previous generations.”

Even though the series focuses on finding where they fit post-college, “Broad City” resonates with situations so awkwardly natural, they could take place at any party on a Brooklyn rooftop or CSUN dorm. Glazer and Jacobson are happy they are connecting with college students, “It’s cool to have college-age kids be interested in the show because they are the nearest future of people who [will be] in charge of shit and our own college experiences relate to the show,” Glazer said.

During filming they do “fun runs” — an improv take after the scripted scenes.

“This is a thing that comes from Amy Poehler and the way they shoot “Parks [and Recreation],” they’ll do like three scripted takes, and then [they’ll] do a fun run,” Jacobson said.

She added that when they work with so many other improv comedians, they have to do the improv runs. If they’re going well, they’ll do several.

“One of our favorite improvised scenes in “Pussy Weed,” is when we’re in the dentists with Lincoln (played by Hannibal Buress) and Ilana are making-out. In the scripted version it was just that Ilana touches Abbi’s hair and that was her way of sort of including her, but we ended up improvising a scene where they like really try to include me. That’s an example of how a fun run went really well,” Jacobson said.

The second episode, “Pussy Weed,” centers on Abbi and Ilana “becoming adults,” with Abbi buying her own pot instead of bumming off Ilana and Ilana doing her own taxes instead of getting help from her parents. But because the FCC only allows “pussy” to be used in a derogatory way, like “you’re such a pussy,” and forbids its use when meaning vagina, Glazer and Jacobson had to get creative in an episode about hiding weed in, as Ilana says in the episode, Ilana’s “vaya-nya, nature’s pocket.”

“The legal department will come back to you and be like, ‘you can’t say pussy, but you could say coochie’ and we’re like, ‘ew, no,’ or your ‘vajayjay’ and we’re like ‘these are too used.’ Vajayjay, snatch, coochie. No way, we’re not going to use that shit,” Glazer said.

Obviously, if pussy and weed jokes from a pair of women isn’t your thing, you need to lighten up. The duo isn’t trying to be subversive, but it is certainly succeeding in raising the question of who can deliver what jokes.  A recent Wall Street Journal article referred to “Broad City” as “sneak-attack feminism.”

“When we write the show… we don’t have the agenda of, ‘we gotta make sure this is feminist,’ but that word is an awesome word to describe us in the show,” Jacobson said. “We’re not female comedians, we’re not female writers. The show is a comedy about people. So if that’s a reaction that it gets, that’s great, but hopefully it gets a wide range of reactions.”

Get ready for more “sneak attack feminism” from Glazer and Jacobson since “Broad City” has been confirmed for a second season.