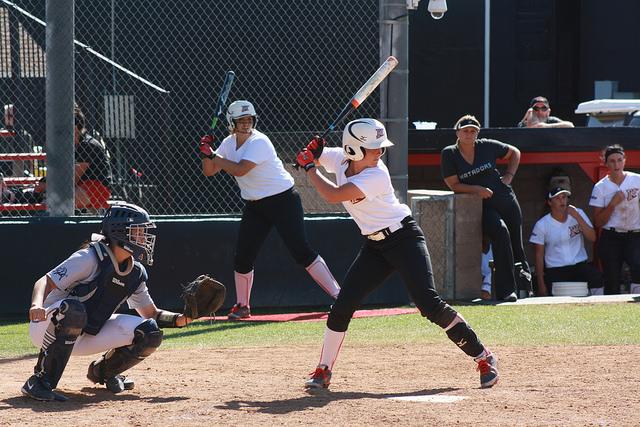 Northridge got on the scoreboard first. In the bottom of the first inning, an RBI double from freshman center fielder Taylor Glover scored junior infielder Abby Linn.

Utah State tied the game and would stay locked with CSUN until the top of the sixth inning off of an RBI single from sophomore first baseman Libby Pederson that advanced freshman pitcher Abby Indreland home.

CSUN won the game in style with a walk-off hit in the bottom of seventh inning when an RBI from junior catcher Sydney House brought Linn home.

The Matadors recorded just seven hits and one error in the low-scoring affair.

The Matadors struck first again they got on the scoreboard in the bottom of the first inning.

Utah bounced back in the top of the second inning as they knotted up the game. Northridge scored another run in the bottom of the second to take the lead right back.

In the top of third inning, Utah exploded for three runs, giving them a 4-2 lead.

Continuing the back-and-forth scoring, CSUN scored two more runs in the bottom of the fourth inning, tying the game at four runs apiece.

Both teams did no harm in the next three innings. In extra innings, CSUN scored the winning run in the bottom of the eighth inning.

Hooper said CSUN did well in both games because it has been “putting the ball in play, putting pressure on the defense and starting off strong.”