4.4 magnitude earthquake, no reports of damage or injury 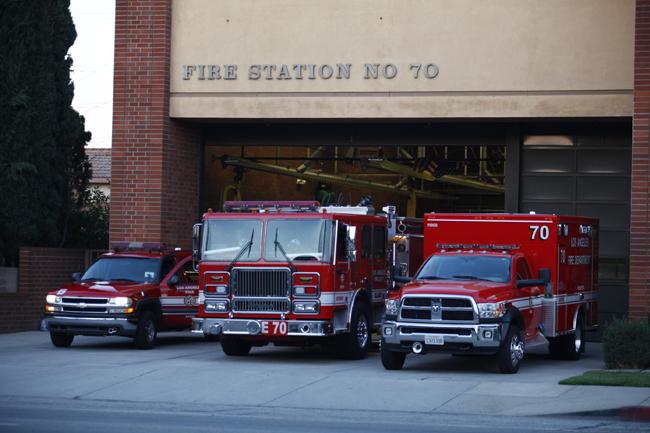 Los Angeles Fire Department station number 70 located at the corner of Lassen street and Reseda Blvd. pulls out their equipment in preparedness of further aftershocks after the 4.4 magnitude Earthquake with the epicenter near Westwood on the morning of Monday, March 17, 2014 in Northridge, Calif. (David J. Hawkins/PhotoEditor)

L.A. Fire and Police departments had no reports of damage or injury.

A tsunami bulletin was issued by the National Weather Service saying there is no danger of a tsunami.

According to the U.S. Geological Survey, the epicenter was 6 miles northwest of Westwood at a depth of 5.3 miles.

The quake was initially reported to be 4.7 magnitude but quickly reclassified as 4.4.