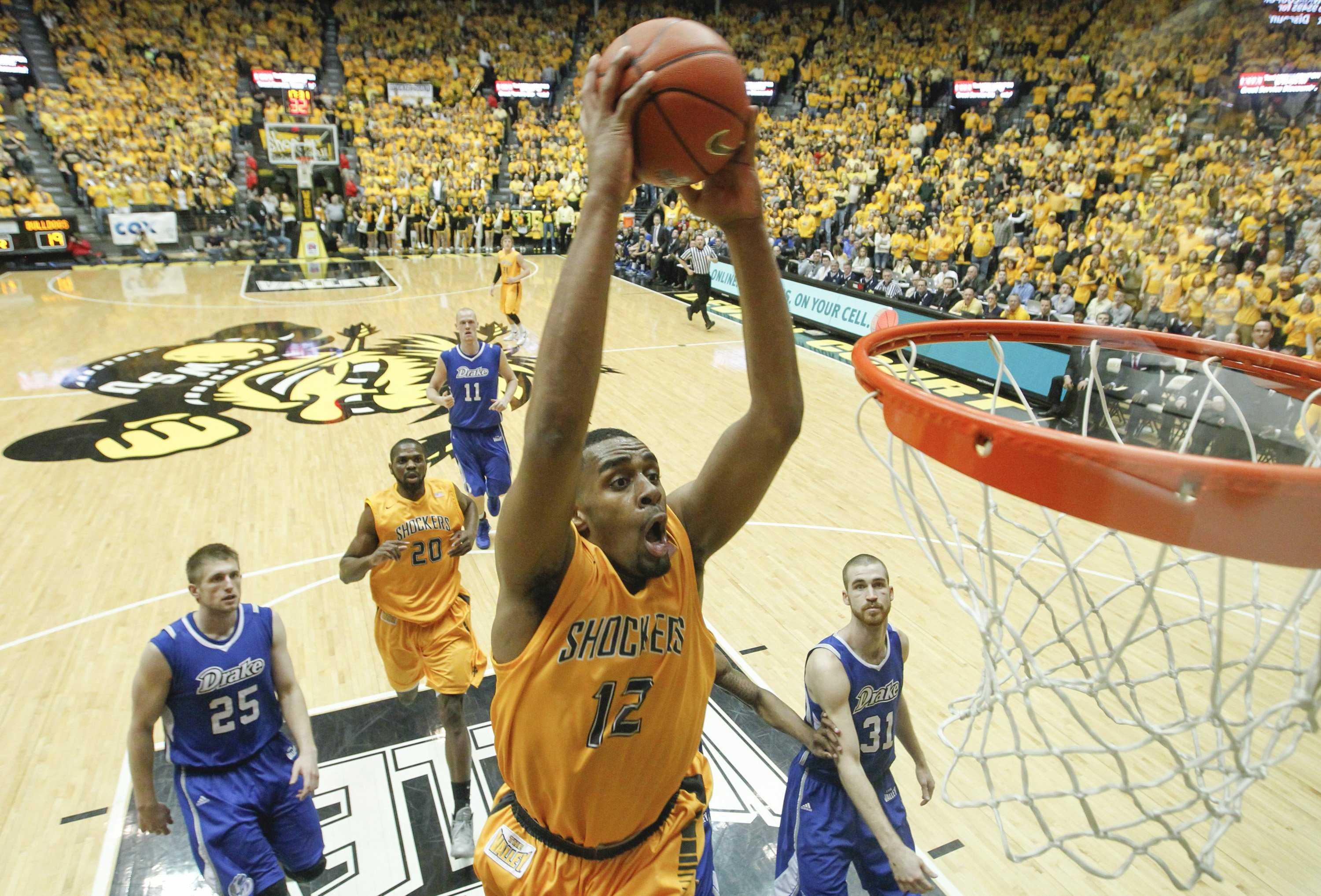 The craziest three weeks in sports is upon us, and the brackets are set.

The Florida Gators were awarded the No. 1 overall seed, while the Arizona Wildcats, Wichita State Shockers, and Virginia Cavaliers round out the other three No. 1 seeds.

So which No. 1 seed has the greatest chance to prevail, and which is most likely to fail?

The Gators were not rewarded the No. 1 overall seeding for just any reason. They are the heavy favorite to cut down the nets in Arlington, Texas come the Final Four.

The Gators (32-2, 18-0) won the SEC regular season crown, becoming the first team to complete a perfect conference record, and beat kentucky in a thrilling 61-60 victory for its fourth consecutive SEC Tournament Championship to lock the top spot.

The South region contains the No. 2 Kansas Jayhawks, a struggling Syracuse Orange at the three seed, and the Pac-12 tournament champions, the No. 4 UCLA Bruins. A team like the Bruins may stump the Gators with their speed and agility on defense (top-5 in assists and steals per game), neither teams do not pose any threat for the Gators.

Florida would have to play at most two of these teams, and with their hottest streak since their championship seasons five years ago, pundits and fans alike expect Florida to roll through their region.

The Gators are too strong defensively, as they are the third best team in the nation in scoring defense (57.9 points allowed per game) and sharp shooter Michael Frazier II makes Florida a well balanced teamed for opponents to compete with. Plus head coach Billy Donovan has a wealth of experience at the helm, having won back-to-back titles in 2006 and 2007 with future NBA stars Joakim Noah and Al Horford.

Despite their one flaw, inconsistent free throw shooting, there is no team that stops the Gators from making it to Texas.

The Pac-12 regular season champs have the second easiest road for a No. 1 seed coming out of the West.

Arizona’s toughest match-up may just be its second game. If the ninth-seeded Oklahoma State Cowboys defeat the eighth-seeded Gonzaga Bulldogs, the Wildcats could have their hands full with sophomore phenom Marcus Smart and star teammate Markel Brown.

The No. 2 Wisconsin Badgers like to play Big 10-style basketball and slow the tempo down, but rely heavily on outside shooting with four starters shooting over 37 percent from beyond the arc.  If the Badgers’ shooters have an off-day, Arizona should dispose of them fairly easily.

If a second round matchup versus the Oregon Ducks happens, the Badgers’ love of the three ball plays into the hands of the Ducks for a bracket-busting upset. Oregon has already shown their bracket-busting potential with victory over the UCLA Bruins and a victory over Arizona in March.

However, no matter whom Arizona plays, whether that be the Badgers, the Ducks, or senior scoring machine Doug McDermott and the No. 3 Creighton Bluejays, the Wildcats are too well-coached defensively and offensively to stumble before Texas.  Plus, having athletic junior guard and Pac-12 player of the year Nick Johnson doesn’t hurt their chances.

The final two No. 1 seeds will not make the Final Four.

In the East, the Virginia Cavaliers have the second toughest region. They will not make it out of the Sweet 16 when they expect to face head coach Tom Izzo and the No. 4 Michigan State Spartans, perennial championship contenders.

The Cavaliers were the Atlantic Coast Conference (ACC) conference and tournament champions, defeating top-10 teams the Syracuse Orange and Duke Blue Devils along the way, their style of play and experience will not hold up during March Madness.

A game against the Spartans will be a defensive struggle. Though the Cavaliers lead the nation in scoring defense (55 points allowed per game), they lack any offensive punch, ranked 294th in points per game and 122nd in field goal percentage.

Sophomore guard Malcolm Brogdon leads his team in scoring, but only with 12.6 points per game.

The Cavaliers were only rewarded a No. 1 seed because Michigan State defeated the potential one seed Michigan Wolverines in the Big Ten tournament championship game, but that does not mean Virginia is not still worthy of their No. 1 seed.

It just means that in a grind out game, the edge goes to the Spartans because their players have the experience to win close battles.

If Virginia doesn’t face the Spartans, potential matchups with the swift Memphis Tigers (T-3rd in assists per game), the high-scoring North Carolina Tar Heels (76.3 points per game) and the efficient Villanova Wildcats (78.5 points per game) will all give the sluggish Cavaliers more than they can handle.

No.3 Iowa State also poses a threat to the Cavaliers should they get past the Spartans. Iowa State is one of the hottest teams in the country and won the Big 12 Conference tournament with wins over Kansas State, Kansas, and Baylor . They spread you out and can make shots from anywhere on the floor with their three-headed monster of DeAndre Kane, Melvin Ejim and Georges Niang.

Last but not least, the Wichita State Shockers. Despite being the only undefeated team to enter the tournament at 34-0, and the first team to reach that mark since the UNLV ‘Runnin’ Rebels in 1991, the Shockers do not have the resume other schools have playing in the weak Missouri Valley Conference.

The Shockers, who were last year’s Cinderella team, making it to the Final Four and losing to the eventual champion Louisville Cardinals, have only one quality win against the above-average Tennessee Volunteers. Yet that is hardly a quality win, considering the Volunteers have to play in a play-in game against the Iowa Hawkeyes Wednesday, a matchup usually designated for fringe teams not worthy of making the tournament.

Then come the other teams in the Midwest bracket. The Shockers could face a tough Kentucky Wildcats team for its second game. The Wildcats are clicking at the right time and are finally buying into head coach John Calipari’s system. The Wildcats showcased their talent against the Gators in the SEC tournament championship game by playing sound defense and looking for the next pass offensively, scoring buckets as a collective effort, not individually.

If the Shockers make it past Kentucky, all roads point to the defending champions Louisville Cardinals in the Sweet 16. Despite being a four seed, the Associated Press Poll’s No. 5 Cardinals, who I predicted to make it back to the finals, will test the Shockers like they have not been tested all year. Senior forward Cleanthony Early doesn’t have enough of a scoring punch (15.8 points per game) to propel his team in any potential heavyweight matchup.

The road will not let up for the Shockers if they prove they are worthy of that No. 1 seed by defeating Louisville, because they will have to battle either the Michigan Wolverines or Duke Blue Devils to secure a spot in the Final Four.

One thing is certain when dealing with the monster that is March Madness, in a win or go home tournament, no one is ever safe.