The city of San Fernando finds its voice in a blog 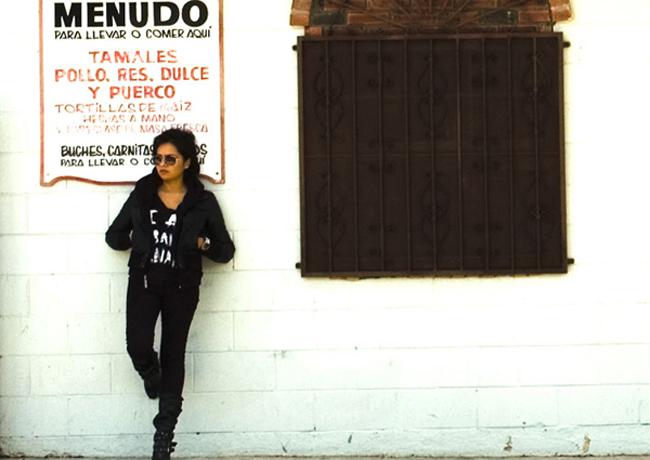 The San Fernando Valley is wedged into a corner of complaints and stereotypes: A blur of 105 degree summers, a sparse night scene and scattered X-ratings.

When stripped of these misconstrued layers, the small community cities within the Valley have a lot to offer. The blog, i am san fernando, identifies the presence of culture and community within the commonly overlooked area of the east San Fernando Valley.

April Aguirre, web content writer and editor for the student marketing and communications department at CSUN, founded the blog in hopes of introducing a perspective of the Valley frequently obscured by the surrounding Los Angeles area.

Aguirre candidly blogs about the city of San Fernando and Northeast Valley areas, while dispelling the common notion that there is nothing to do in the Valley.

While pursuing a journalism degree in graduate school at New York University, Aguirre became nostalgic for her close-knit hometown of San Fernando. She began to long for a sense of community and family often absent in big cities.

“I realized in moving away from the city of San Fernando that it had made up a lot of who I was and I still owed something to my city, so I came back and decided to cover events, businesses, artists,” Aguirre said. “People’s perception of the Valley usually relates to other cities outside of this area, so I wanted to be an alternative media source. I wanted to cover my neighborhood. The inspiration came from moving away and realizing how much it meant once I was out of the area.”

Aguirre writes with wit and a highly relatable voice that conveys her individual take on events and people while uniquely interacting with her readers. She explains that the name of her blog places an emphasis on each individual’s role in shaping the area.

As the three-year anniversary of i am san fernando approaches, she plans to expand her blog by incorporating new interactive features to get users more engaged.

“I’d like to make it a lot more comprehensive and perhaps expand the focus to include more areas in the Valley,” Aguirre said. “My hope would be that I would be able to pay more attention to other cities, like North Hollywood. Who knows, maybe down the line, the whole Valley.”

Aguirre describes the hidden gems in the Valley, like Rocio’s Mole de los Dioses, a Sun Valley restaurant specializing in the chocolate sauce dishes, the Wat Thai Buddhist Temple in North Hollywood and the Nethercutt Collection, an automotive museum located in Sylmar. The blogger is also involved with the HOODsisters, a group dedicated to bring awareness through public art.

The mural mile, which refers to a mural revitalization vibrantly unpeeling along buildings stretching between San Fernando Road and Foothill Boulevard, is certainly a noteworthy place to visit.

Aguirre’s organization recently raised over $1,000 from contributors to complete a mural dedicated to the power of native women.

“I definitely wouldn’t agree with the common stereotype that (the Valley is) cultureless or artless or we’re not a place to look to when it comes to the arts,” Aguirre said. “It’s quite the opposite. I think there are a lot of stories that aren’t being told and because we are being overlooked. It propels a lot of art that I do see.”

The i am san fernando website header summarizes the Valley in a nutshell: palm trees against a rugged hilltop, traffic lights and shoes drooping across a set of power lines. There’s an intangible charm about this portrayal of the Valley that clicks with many. Aguirre gathers these overlooked snippets of Valley life and turns them into a much-needed conversation.