DACA is only a bandage for a gaping wound in America 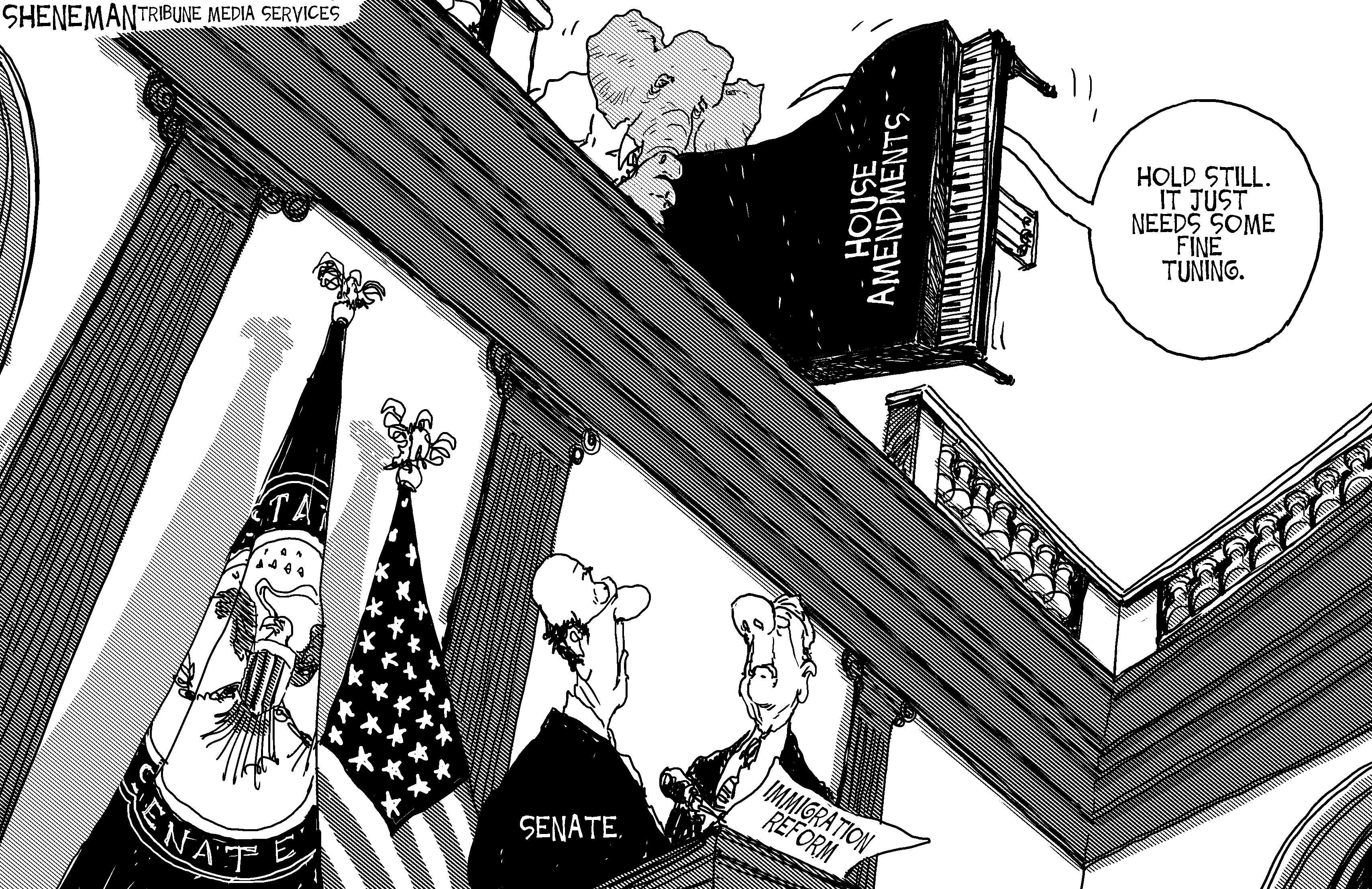 Imagine being forced out of a place you have called home for the past several years of your life. Imagine that in order to stay in your home, you must apply to stay there every two years. Imagine feeling alienated from your own household because of a situation you had no choice in.

That is the bleak reality for children of undocumented immigrants. These children had no choice but to immigrate alongside their parents. Forced into a new environment, they grew up knowing only one country as their home, America. But to this day, these people are labeled by our own government as illegal, alien and undocumented.

This means that these young people, some of them our age, are up for deportation. And it’s not a good thing to be considered for deportation under the current immigration policies in America. The Obama administration has already deported close to 1.6 million undocumented immigrants, according to PolitiFact.

Yeah, not a pretty picture. The only policy saving these young undocumented immigrants is the Deferred Action for Childhood Arrivals (DACA) program. The program came into effect June 15, 2012 during a heated campaign season. DACA aimed to give a temporary relief to a niche of undocumented immigrants, given they all applied and met the requirements to be considered eligible for deferred action.

But let’s break down what DACA really is. DACA was not meant to last forever. Note that DACA is only a temporary relief for only a fraction of the undocumented population. As it stands there are about 11 million undocumented immigrants in America, as stated in a report by the Pew Research Center. DACA would have only impacted 1.7 million people of the 11 million, according to another report from the Pew Research Center.

But here’s the real number to chew on, as found by ColorLines, only 521,000 undocumented youths have been approved under DACA.

I’ll put it bluntly, as much as DACA is seen as a step in the right direction for progressive immigration reform, it still is extremely conservative and treats undocumented youths almost like animals.

What’d you say? How are they treated like non-humans? I mean besides the fact that undocumented immigrants are rounded up and deported and labeled with nasty words like alien and illegal. For those of us with citizenship, we are privileged and take what we have for granted. For undocumented youths, the pressure of getting kicked out of your own home is real. And DACA isn’t exactly helping out too much.

For starters DACA itself is not a pathway to citizenship, as stated on the Department of Homeland Securtiy’s (DHS) website: “Deferred action is a form of prosecutorial discretion that does not confer lawful permanent resident status or a path to citizenship. Only the Congress, acting through its legislative authority, can confer these rights.”

In other words, people under DACA are still undocumented and considered unlawful. The only difference is that now undocumented youths are relieved of deportation for two years, have filed a massive amount of paperwork, will not accrue “unlawful presence” within the US while under DACA and can ask for a work permit to be able to legally work in America.

Considering the fact that DACA came into effect in the summer of 2012, DACA applicants must begin re-applying real soon, depending when they were first approved. Since DACA is a relatively new program, concerns are being raised about how the renewal for DACA will work out.

As of now, there is quite a confusing process to the renewal procedure. DACA recipients are being asked to submit their renewal forms four months prior to their expiration date, but no later than three months before that expiration date hits. In other words, they have some 30 days to submit an application.

To top it off they must pay a $465 renewal fee. Note that when DACA applicants first applied there was a $465 application fee. Economically speaking, for those not able to legally work, $465 is quite steep.

The matter only gets worse for families, especially when those families have more than one eligible child. Considering a family of three eligible children, the parents must stay on task to file each child’s papers based on when each child was approved for DACA. Not only that, they would have to pay $465 per child, amounting to over $1000 in costs. For most of us, that is rent money.

But let’s not stop there, the United States Citizenship and Immigration Services (USCIS) still has a backlog of DACA applicants. It is not clear if the renewal will be processed right away and if they are going to be stuck into USCIS’s logs of things to do.

To top off this bundle of mess, there is still no renewal application on any of the government’s website. Instead USCIS only has a DACA renewal guidance page. It’s not clear when the application will be released, but concerns are raised over whether or not the application will reach the first batch of DACA recipients on time.

Consider the fact that in order to be eligible for DACA, the applicant has to submit a massive amount of paperwork along with submitting and passing a biometric and biographic background check.

And yet despite these background checks and fees, DACA is not a pathway for citizenship. Think about it, those under DACA will probably be eligible for citizenship anyways. So cut the bullshit called DACA and immigration reform and give them their history test. That’s probably the only thing that separates DACA recipients from those applying for citizenship.