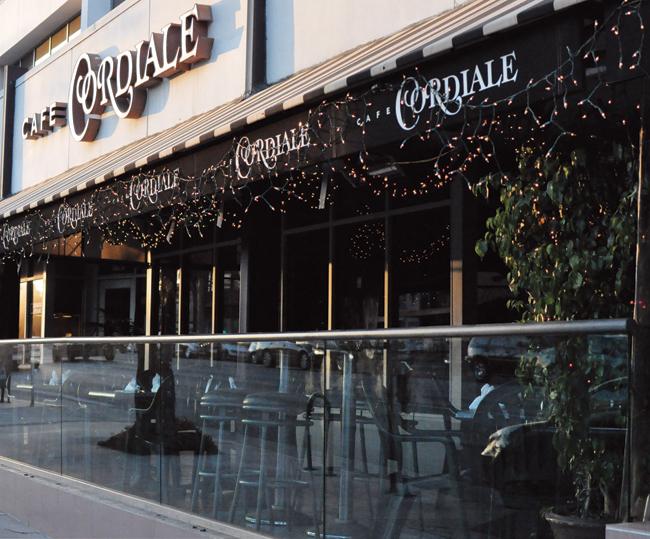 The San Fernando Valley and its nearby outlying areas have been highly conducive to the progression of the popular music scene for more than half a century. With bands such as The Doors, Los Lobos, N.W.A and countless others having secured their toehold in the area, it’s no doubt the valley has been the nexus of success and great musicianship.

Of course, what really sets The Valley apart from other Californian musical hubs is the enormous proliferation of local venues that allow musicians to showcase their skills and ultimately gain notoriety.

Since the early days of the Los Angeles singer-songwriters when Crosby, Stills and Nash would take the stage at night, there are a number of venues that have fostered musical growth, as well as those who continue to do so. Eclectic in both genre and atmosphere, these venues are the artery of the music scene in the Greater Los Angeles area.

However, the concept of a musical venue isn’t necessarily as viable as it once was. Though many venues are in existence, it certainly doesn’t lessen the woes and burdens of operating such establishments. The struggle is, without a doubt, present for owners and operators. But the ingenuity and genuine love for housing performances seems to prevail overall.

The Church On York in Northern Los Angeles is easily one of the most distinctive and buzzed-about venues in the area. What differentiates it from the rest of the pack, you ask? For starters, the venue is housed in an actual church. Owner Graeme Flegenheimer started out with a career as a music photographer and PR firm owner, until he decided to try his hand at operating an arts center.

Flegenheimer found the church on Craigslist a few years back and decided to take the leap of faith in purchasing it. Through the introductions of friends, Flegenheimer received investment help from Maroon 5 members Mickey Madden and James Valentine.

Madden and Valentine hope to soon start teaching music lessons to kids enrolled in the nearby school districts, reports Flegenheimer. Due to its eclectic nature, the Maroon 5 members thought it a perfect location to teach in Los Angeles.

“(It’s) a true home for the curious and those who love art. No overbearing security. No expensive beer,” Flegenheimer said.

The Church On York has hosted names such as Wolf Eyes, Cave Sings, comedian Marc Maron, and enormous up-and-comer Marisa Nadler. However, the Church doesn’t pigeonhole itself – along with concerts, it hosts twelve-step meetings, comedy shows, art exhibits, workshops and many other events.

Flegenheimer described the Church as a community-gathering place, fostering a range of patrons.

“The atmosphere depends on the show,” Flegenheimer said of his venue. “Comedy is laughter in the church. Punk show in the basement is chaos, with sweat dripping from the ceiling. Acoustic shows upstairs are full of very attentive energy.”

Cafe Cordiale in Sherman Oaks has been an intimate spot for entertainment and food for 45 years. Promoting mainly the genres of jazz and R&B, Cordiale hosts a bill of performers outside of the rock scene.

“We showcase many styles of music six nights a week, appealing to a wide variety of music enthusiasts with a common interest — (a) love of great music & food,” said owner Peter May.

May said Cafe Cordiale originally began strictly as a restaurant and bar, offering an upscale dining experience for the Sherman Oaks area. The Cafe had no intentions of become a performance spot until the Northridge earthquake of 1994 when the cafe was forced to close.

In 1996, when the restaurant reopened, Cafe Cordiale began to invite musicians to play live music, and have since seen an enormous return in doing so.

Cafe Cordiale has seen enormous success both musically and in the culinary realm, attracting musicians of nearly every genre and foodies with a taste for a good show.

Paladino’s Club on Reseda Boulevard is one of the Valley’s hidden gems. Having provided a stage for musicians both local and notable since 1967.

There is more to Paladino’s than meets the eye.

“With regards to artists of notability that have played here, just come any weekend,” said owner Jonathan Gatos. “Many of the performing and studio musicians of bands that come out of Los Angeles live in the hills above Tarzana and they will come and support their friends or sit in on bands.”

Gatos mentioned Neil Giraldo of Pat Benetar’s band having made several appearances, drummer James Kottak of the Scorpions, and Lou Gamm of Foreigner, among many others.

Gatos said nearly every weekend finds Paladino’s making musical history — whether it’s classic rock artists returning to the area that made them famous or up and comers who are highly popular on the local scene.

Gatos stressed the importance that Paladino’s has played in fostering the growth of highly successful tribute bands such as Led Zeppagin, as well a converging spot for guitar heroes Uli John Roth and Angelo Batio.

Paladino’s was also the filming location for the Soundgarden music video “By Crooked Steps,” directed by Dave Grohl of the Foo Fighters.

Of course, one can’t overlook the Foo Fighters themselves and their stint at Paladino’s. Grohl and company have played at the bar a total of three times now, helping to put Paladino’s on the map — and rightfully so.

“You must realize that these guys are the nicest people in the music industry and their crew are all pros,” said Gatos of The Foo Fighters. “Imagine seeing your favorite band in an intimate venue with perfect sound just feet away from the band.”

Gatos made it abundantly clear how friendly and hospitable Paladino’s is to acts and patrons alike.

“We are in this business because we like creative souls and we like supporting the arts,” Gatos said. “So, for people that have something to share, we try to facilitate that as much as we can.  Hang your art on our walls. Tell your jokes on our stage during our Monday open mic. Perform your beat poetry during our open jam on Wednesday. We are all about building community.”

There is indeed a great deal of hope when talking to owners — these folks want to contribute to the Los Angeles music scene as much as they can. It’s always heartening to speak to people that seem to have the “ars gratia artis” maxim at the forefront of their minds.

Perhaps that’s what truly sets the music scene in LA and the Valley apart from many others — performers and owners alike that take upon themselves the challenge of producing art and music, coming away with an end product that exudes joy.