Joshua Bell leads Academy of St. Martin in the Fields through a spectacular VPAC show 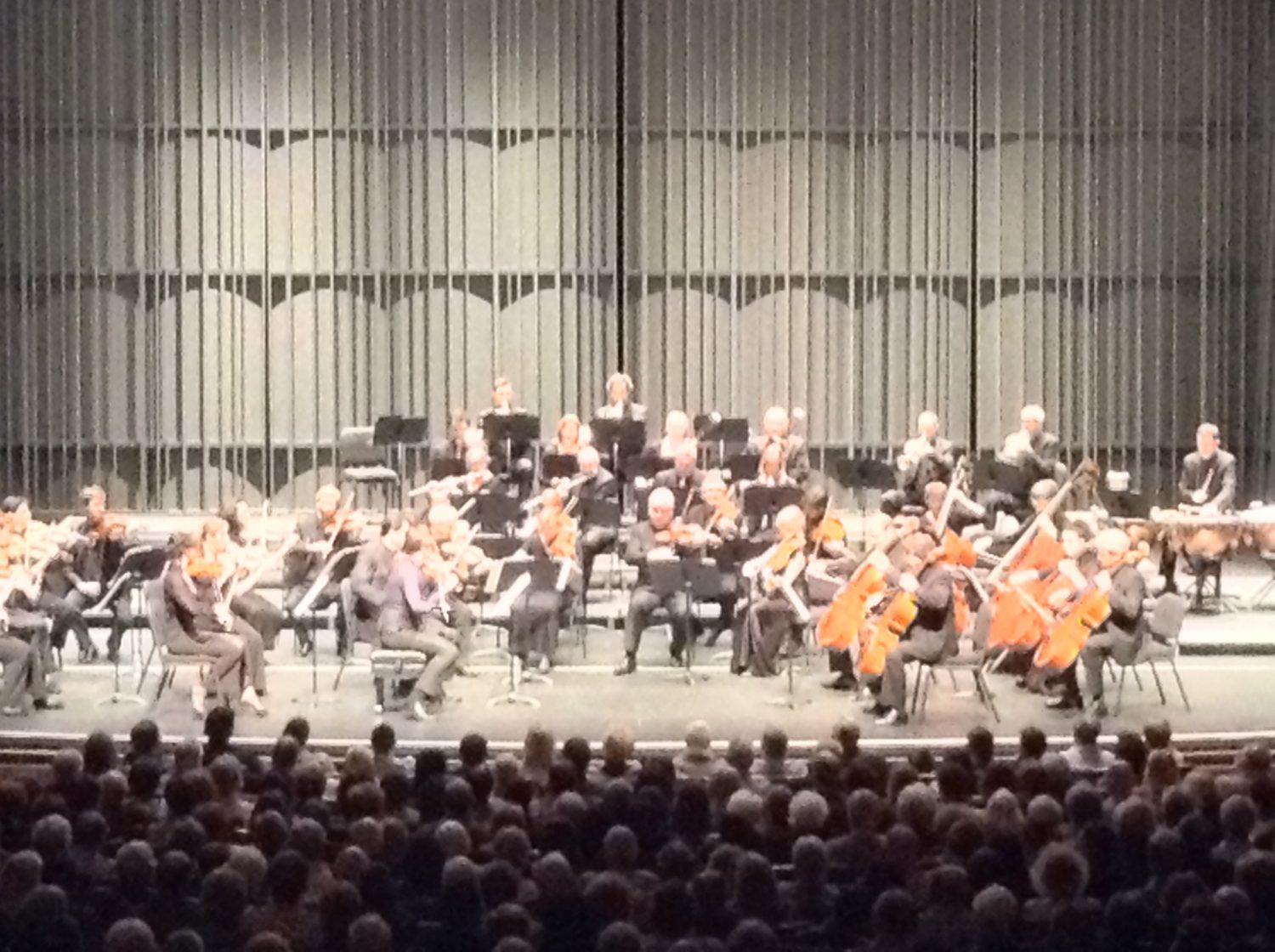 The Academy of St. Martin in the Fields orchestra played Thursday night in the VPAC. Photo by Dache Jackson

An undeniable silence filled the audience, not in discontent but in a serene awe, as they anxiously awaited the beginning of what promised to be a musical evening.

World renowned violinist, Joshua Bell, directed and played alongside the musically acclaimed English chamber orchestra, Academy of St. Martin in the Fields. The two created a profound combination of musical bliss last night, in the Great Hall of the Valley Performing Arts Center.

With nothing but a bow and fiddle in hand, and the experience that has garnered him the rare title of “classical music superstar,” Bell transformed the lifeless stage into a beam of light as soon as his bow caressed the chords of the violin.

With every single stroke of the chords, Bell’s talent was displayed. Not once did he tire, moving frantically at the accordance of every stroke. Even when not playing, it was as if his body, mind and soul were perfectly in tuned with the notes played by every instrument in the orchestra.

Switching from sitting to standing at the center of the stage to lead the musicians, Bell is the first to achieve such a post as director since the creation of the orchestra by Sir Neville Marriner in 1958. Nonetheless, Bell did so eloquently, with what seemed to be little effort, leaving the audience in utter disbelief as they watched the event take place.

There was no sound, no movement, as the spectators watched this man release a symphonic beast in the most elegant way possible, allowing the orchestra to do exactly the same. The glorious tune that emanated from the stage bounced off every single nook and cranny of the theater, displaying a harmonious effervescence.

The interchangeability of symphonic notes kept the crowd on their feet. The music would gradually diminish, only to grow into an enormity, all in a matter of bow strokes and breaths.

The musical styling of Bell and St. Martin in the Fields mixed and melted, engulfing the audience in their classical stylings, leaving everyone content with their night out at the orchestra.