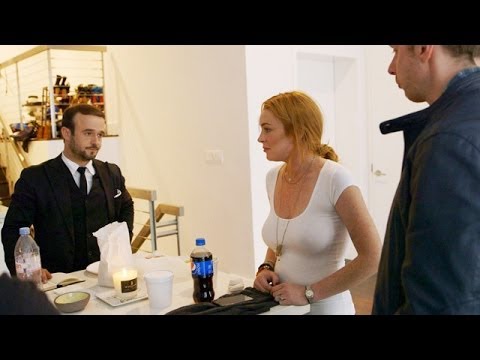 The exploitation of Lindsay Lohan’s struggle with sobriety might just be the key for both her comeback and higher ratings for Oprah Winfrey’s television network.

“Lindsay”, a new documentary-series on OWN follows the actress in her recovery from alcohol and the party scene as she tries to rebuild herself in the entertainment world.

Hoping that the new show will help redeem herself from an industry that never forgets, Lohan looks for a clean slate from a history of drug-use scandals and DUI charges.

Last fall, OWN had a large decrease in both ratings and advertisers, according to numerous reports. Having a show centering on the life of a beloved celebrity who has starred in iconic films such as “Mean Girls” and “The Parent Trap” could generate good news for the network. The niche market for the show is large since it includes viewers who grew up watching Lohan’s films, reality-TV enthusiasts, and investors of celebrity gossip.

The show’s first episode was introduced with Winfrey interviewing Lohan about her struggles with alcohol addiction. Following along, the actress moves out of Los Angeles after her sixth leave from rehab. She relocates to New York where her family lives.

Things began slow with “Lindsay” since the first two episodes were principally about the struggles that the average celebrity faces. From the paparazzi following her to issues with film producers, Lohan had an outbreak in almost every scene.

More personal matters arrived when the actress argued with her father over dinner, had trouble finding an apartment, and grieved over her mother’s DUI charge. In between the conflicts are bits of her being interviewed and far too many clips of Lohan and her crew stuck in New York traffic.

Michael Cormier, Lohan’s sobriety coach, is in almost every scene that involves the actress; however, Cormier currently makes no important contribution to show’s plot.

“Lindsay” started to pick up near the end of the second episode. A life coach mentors Lohan and the two engage in boxing workouts, meditation, and talks about purity. Although the sessions did seem forced, it did put an end to the Lohan pity-party that the series began with.

Overall, the show is slow-paced and hasn’t touched any significant matters concerning the actress yet.

Filmmaker Amy Rice is directing the series. Rice is popularly known for her work in the documentary, ”By The People: The Election of Barack Obama”, which covered the president’s 2008 election.

The series highlights Rice’s skills as a director by showcasing sharp camera angles and well-conducted interviews. Unlike some reality-TV shows, Rice gives “Lindsay” a sense of authenticity which makes viewers relate to Lohan or at least feel sympathetic towards her.

Although the series is well-directed, it still lacks the content and development to make it a big television hit.

“Lindsay” airs every Sunday night on the OWN network at 10 p.m.