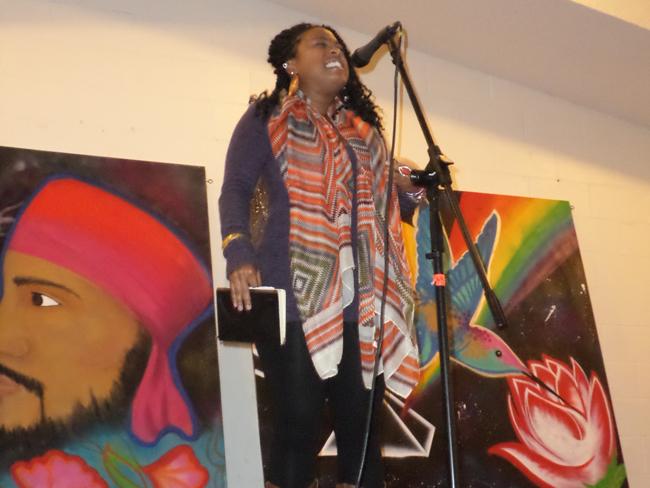 Singers, dancers and poets took part in the annual Ujjaldidar Singh Memorial Foundation Talent Show in memory of CSUN student Jusdeep Singh Sethi who died last Aug. The talent show was a way of carrying on Singh’s legacy according to his brother Mandeep Sethi. “We’re celebrating his life in a way to give positive energy,” Sethi said.

The show not only featured students from the USMF but also CSUN students who were friends with Sethi. CSUN alumna Keke West recited a spoken word poem about mothers. She then asked all the children to present to hug their moms and tell them “I love you.” West said the things she remembers most about Singh were his teachings. “He talked about life and peace and he was just a really good friend,” West said.

Sethi drowned on a family trip to Big Bear Lake on Aug. 11.

A friend of Sethi’s Avneet Panesan organized the show and would periodically remind the crowd of Sethi’s teachings. “Jusdeep believed in showcasing your talents, in not keeping them to yourself. We are doing this in his honor,” she said.

Justin Marks was his roommate while at CSUN and said Sethi was known for his activism and for his part in forming the Hip Hop Think Tank.

He helped organize the Hip Hop Think Tank conference which was held last month on campus called, “Bridging the Gaps: Hip-Hop in the Age of Mass Incarceration and Deportation.” The conference brought people such as Boots Riley and Luis Rodriguez to campus for a two day event.

“We spent a lot of time together and fought for access to quality education,” Marks said. “We also raised $4,000 for a scholarship in his name at CSUN.”

The show was hosted by Jagmeet Singh and Gunjiv Singh who entertained the crowd with funny stories about their family during the breaks in between performances.

Children ranging in ages from 5 to 13 performed a dance called Babar Sher which had the crowd clapping along to the rhythm of the music.

One little girl, Rajdeep Kaur sang “Let it Go” from the movie “Frozen.” Her father Baldev Singh, performed a piece from an Indian movie with his harmonica, which piqued the interest of the crowd.

A raffle was also held where they handed out iPods headphones and gift cards. Sethi’s mother, Mohinder Sethi, helped with the raffle and she choked up when she remembered her son. “Jusdeep was very loved. His passion knew no limits,” she said.